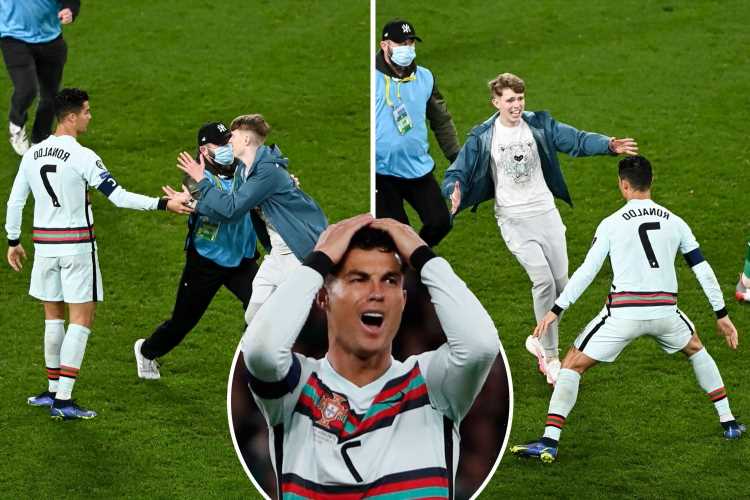 CRISTIANO RONALDO managed to dodge a pitch invader but couldn't find the back of the net in Portugal’s drab draw with the Republic of Ireland.

The Manchester United man was unable to put his club woes aside after missing a host of golden chances to grab a win at the Aviva Stadium. 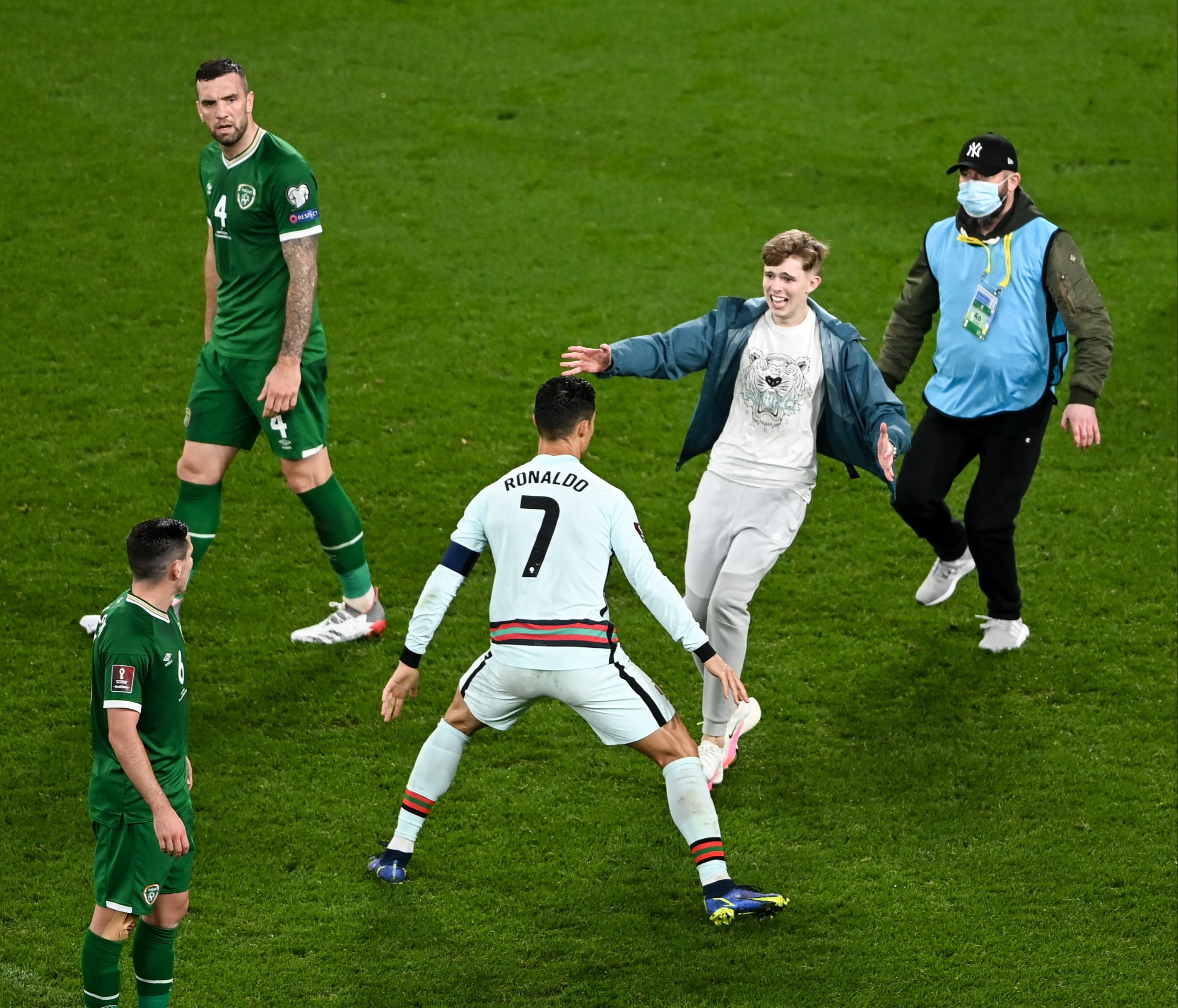 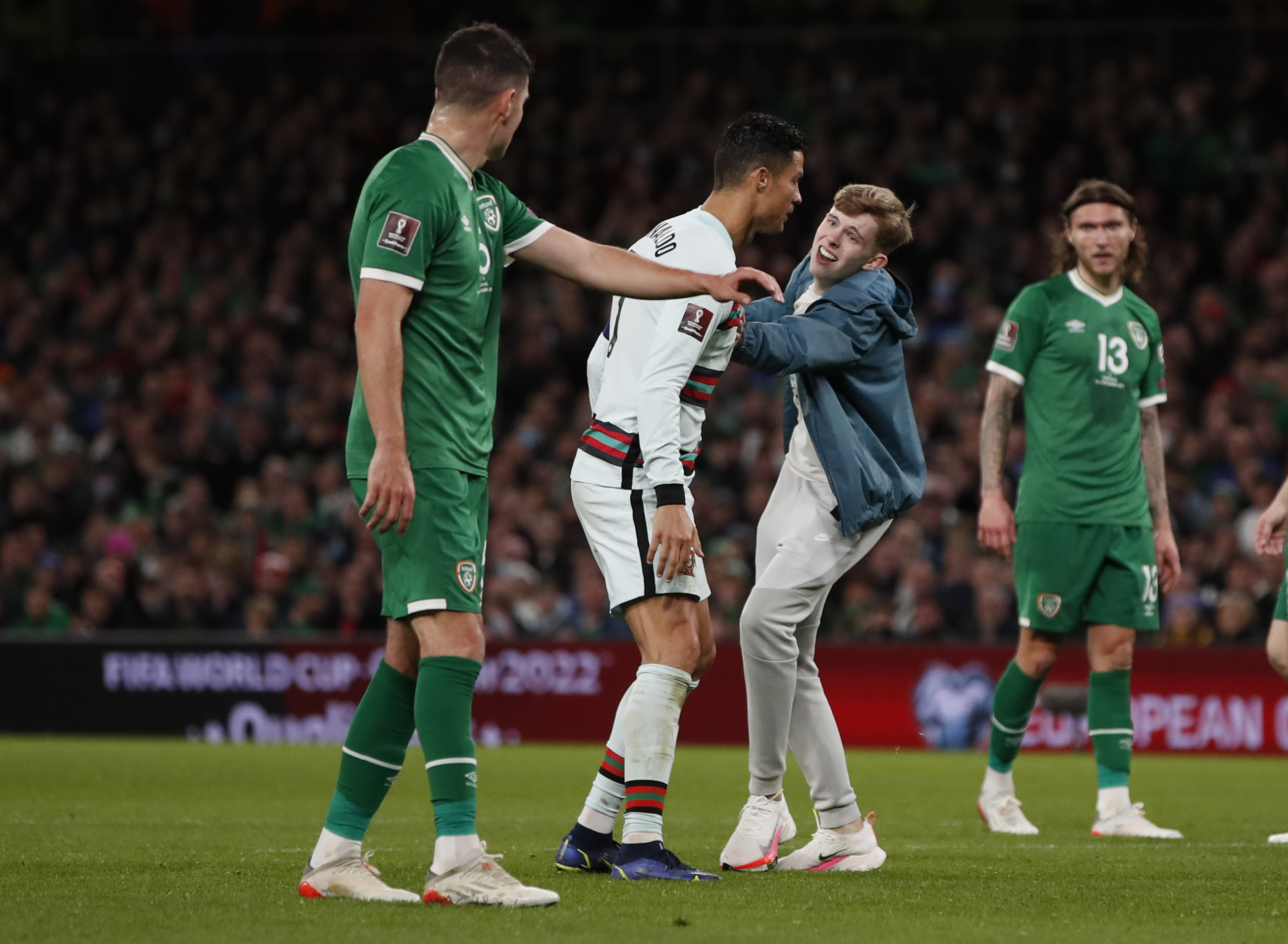 And Ronaldo's biggest success of the night came when he managed to avoid the grasp of a pitch invader who charged towards him for a huge.

Ronaldo looked shocked as the man ran all the way up to him after evading security.

But Ronnie wanted no part as the invader reached out for a hug, before eventually being dragged away by stadium staff.

However, one lucky fan did manage to get to Ronaldo at the final whistle, getting a prized hug as well as the legend's match shirt.

As for the game itself, Portugal held on to a draw by the skin of their teeth, meaning Fernando Santos’ men will now only need a point at home to Serbia this Sunday to top their group.

Ronaldo, 36, put the visitors in the driving seat early on by breaking free and shimmying beyond three Ireland shirts – but no one was in the box to make the crucial touch. 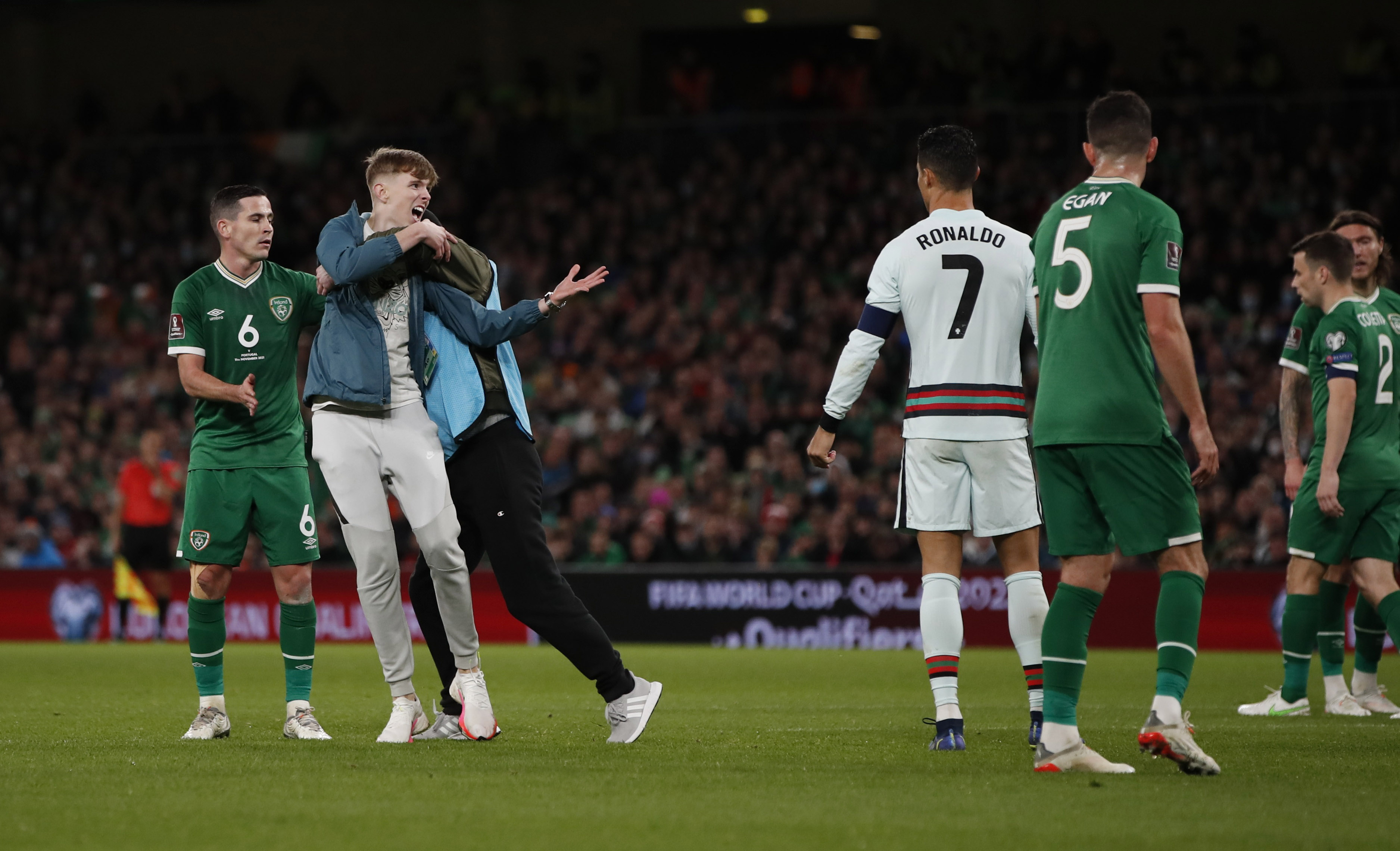 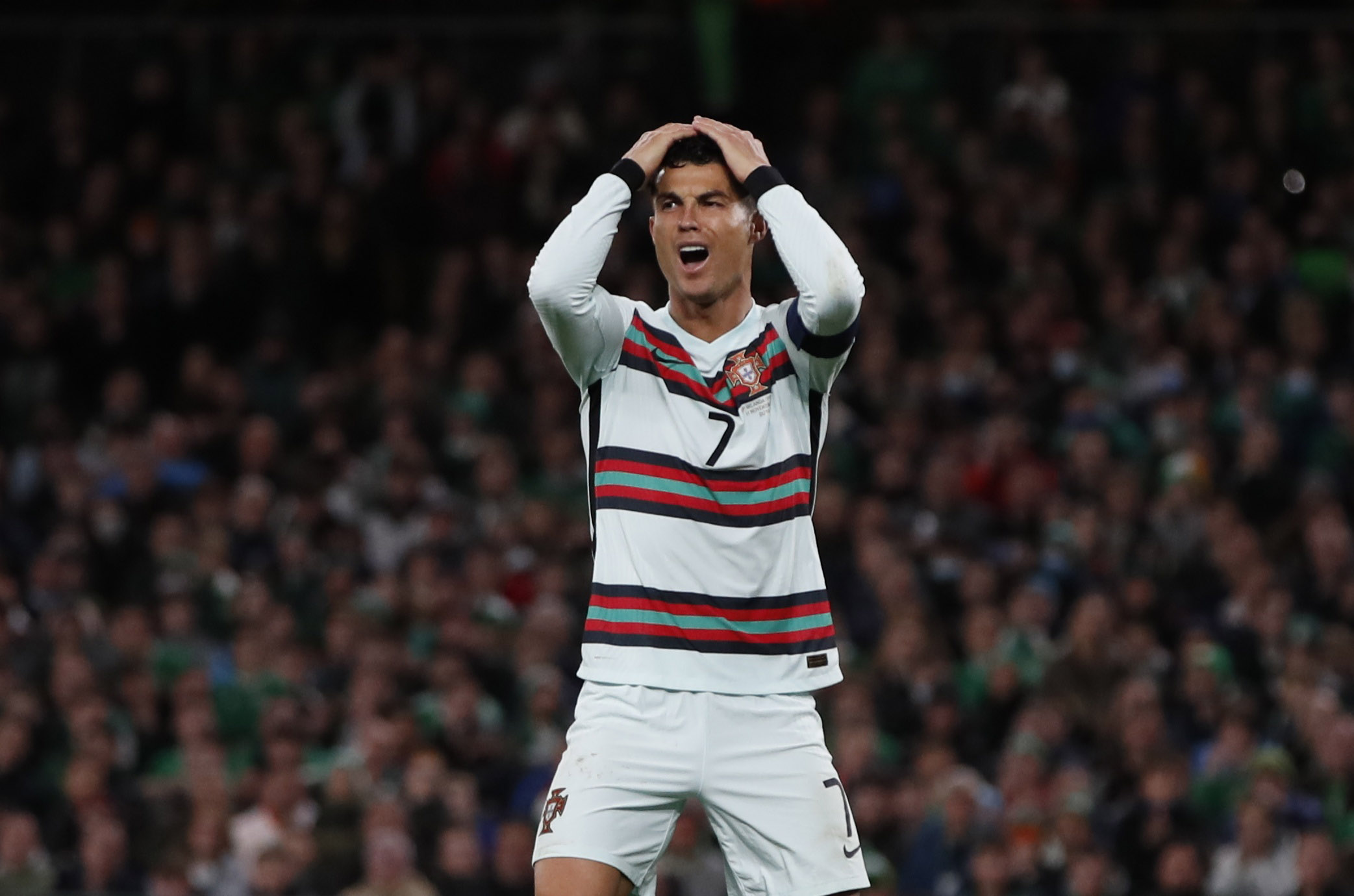 He then teed up Andre Silva, but the RB Leipzig striker blazed over the bar.

Manchester United fans were made to sweat when Ronaldo went down in the box after a challenge from Matt Doherty and was left clutching his back – but he carried on.

Red hot Baggies man Robinson was then involved again down the other end. 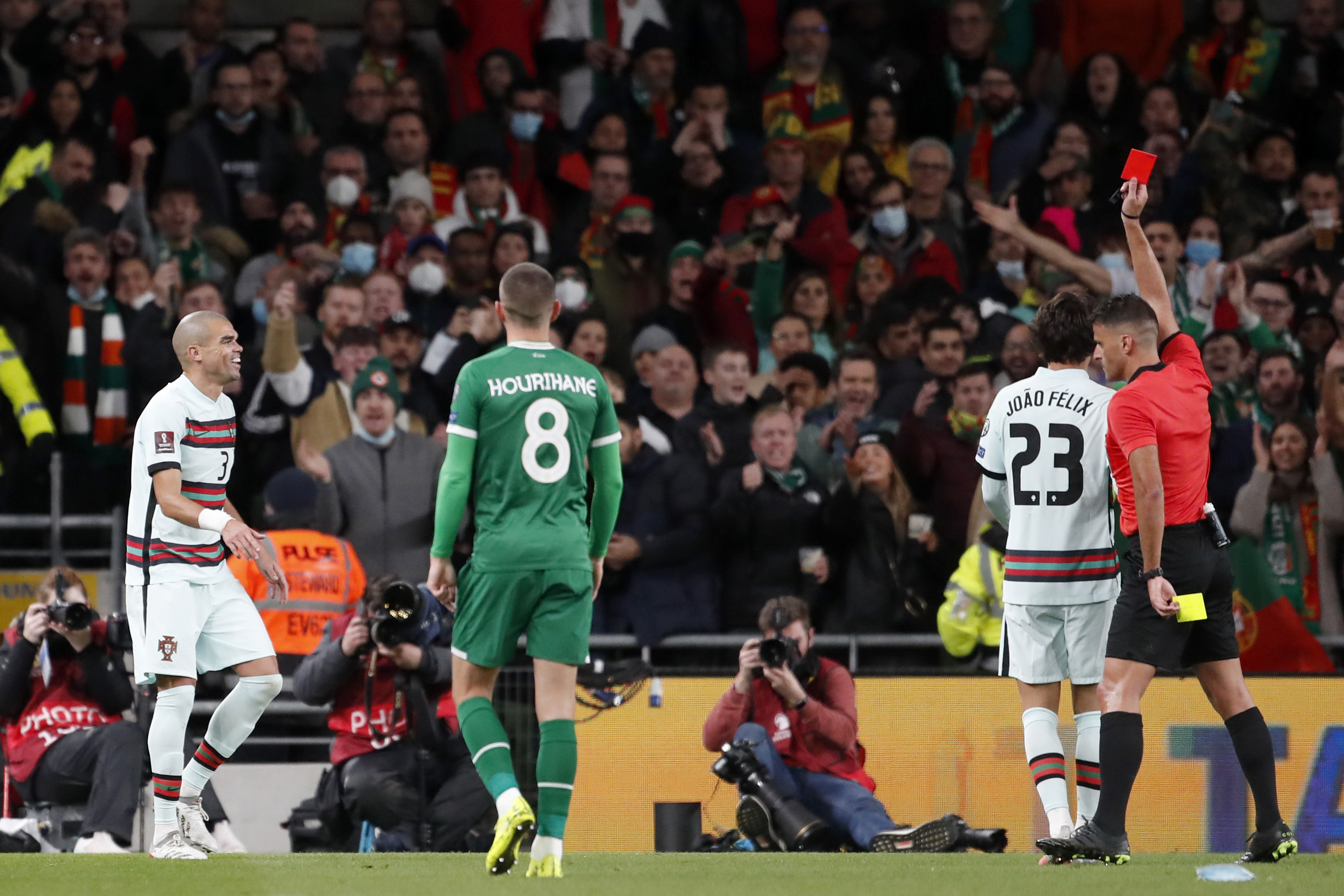 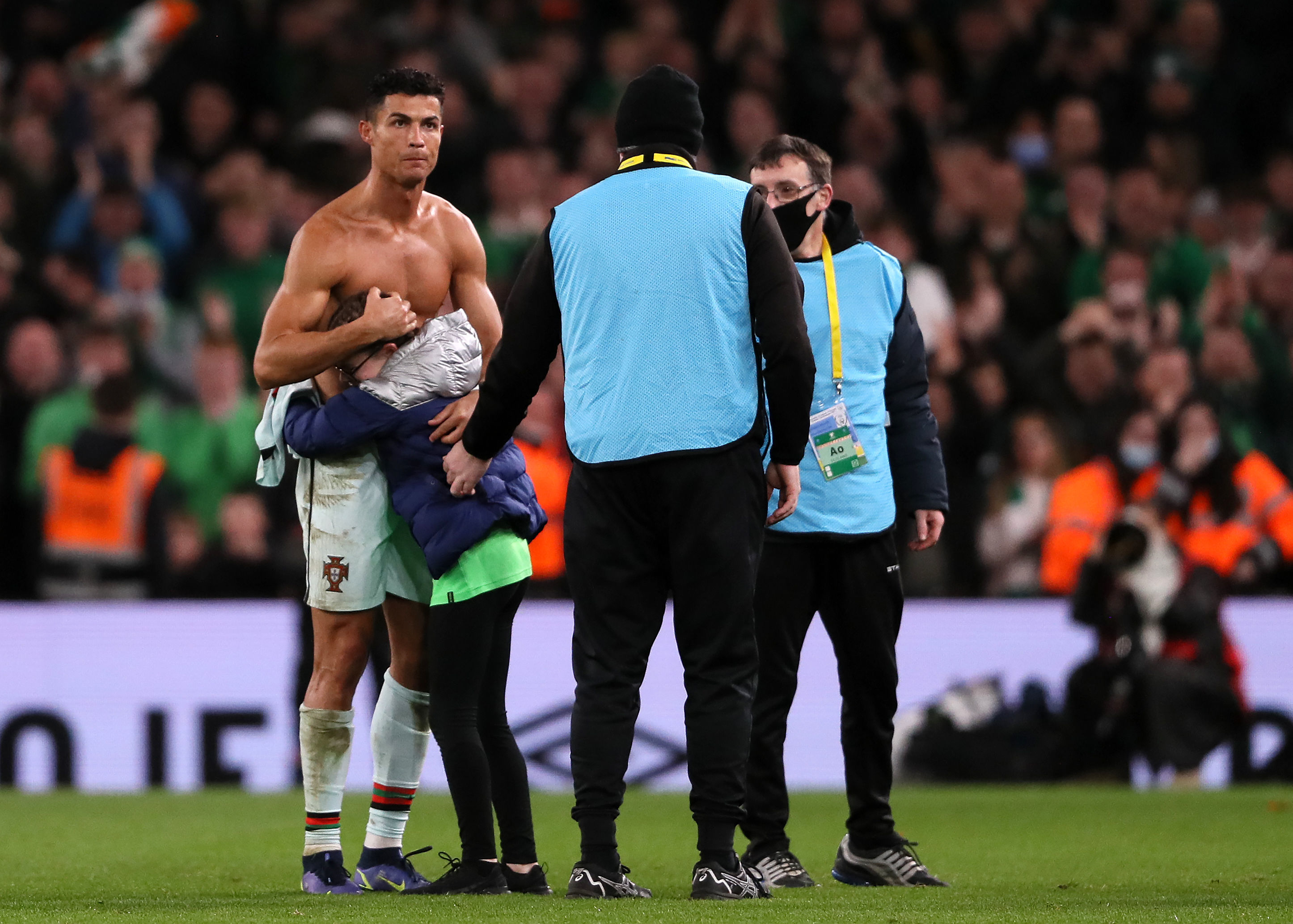 He kept the ball alive after a desperate scramble in the box and pinged an inch-perfect cross into the area, but Chiedozie Ogbene headed inches away from goal.

After the break, Josh Cullen stung the hands of Rui Patricio with a long-range shot.

Ronaldo then stood over a trademark free-kick, but smacked it straight into the wall.

And he had his head in his hands after scuppering a peach of an opportunity to put Portugal ahead after the ball was put on a plate by Silva.

The ex-Juventus star got above Jeff Hendrick with a glancing header but luckily for goalkeeper Gavin Bazunu, his effort was a fraction wide.

Frustrations boiled over for Santos’ side after Pepe was sent off for a second yellow after lightly shoving Robinson in the face on 81 minutes.

And Portugal’s blushes were spared when Matt Doherty put the ball in the net, but the whistle had already gone after Will Keane impeded Patricio.