JUVENTUS star Cristiano Ronaldo is reportedly against Antonio Conte returning to the club.

The Serie A champions are looking for a new boss after Massimiliano Allegri’s five-year reign came to an end yesterday. 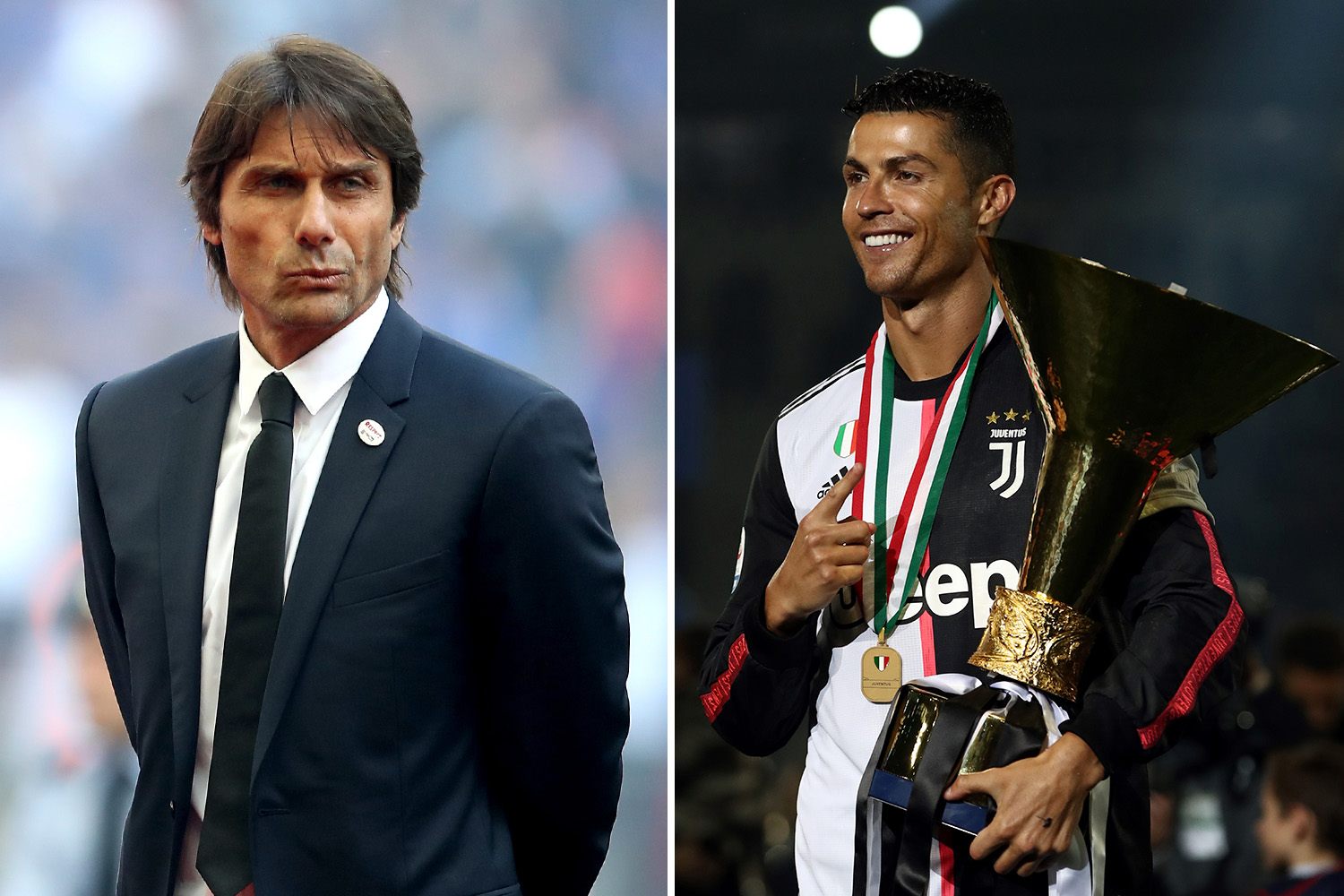 After clinching an eight-successive Scudetto title, Juve will now begin the search for their next manager ahead of next season.

Conte, 49, spent three years in charge of the Old Lady between 2011 and 2014 and led them to the championship in each of his campaigns at the helm.

The Italian is among the favourites to land the job over the coming weeks – but it seems the club’s talisman does not want him.

Newspaper La Repubblica report Ronaldo, 34, reacted negatively when it was suggested to him he could be playing under the former Italy national coach.

The publication claim the Portuguese superstar is concerned over Conte’s defensive approach.

And he believes the strict disciplinarian’s tactics would hinder his game.

Conte has been out of work since he was sacked by Chelsea a year ago.

He has taken a 12 month sabbatical from the game while the Blues continued to pay his wages for the final season of his contract.

He won the Premier League and FA Cup during his time at Stamford Bridge.