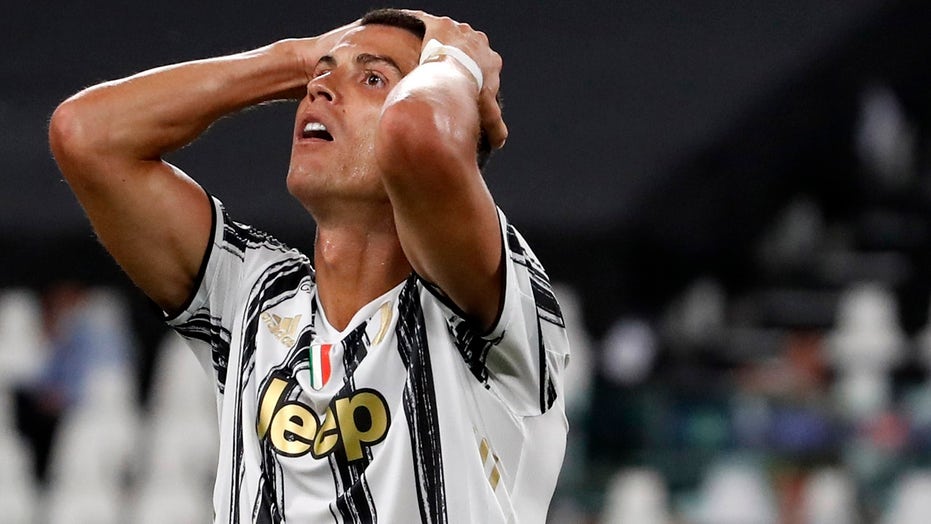 Cristiano Ronaldo will likely be absent for the heavily anticipated Juventus' Champions League match against Barcelona next week after turning back another positive COVID-19 test result, reports say.

The international soccer star first tested positive on Oct. 13, days after playing France in the Nations League and a week after playing Spain in a friendly. The Portuguese national team said at the time that he was asymptomatic.

The Juventus forward traveled back to Italy two days later to finish his isolation period but, according to a report from the Spanish outlet Marca, he had another positive test on Thursday.

The positive result means that Ronaldo will not be able to participate in Wednesday’s Juventus-Barcelona match per the UEFA’s return to play protocol, established back in early August.

According to rules, “Participants from Group 1 or Group 2 who have verified confirmation that they have now recovered from the virus are invited to submit documentation of this to the UPAP, including the date of diagnosis of the virus, complete relevant medical history and any other medical documents in this context …This must be provided at least one week before the team’s next UEFA Match.”

THE BIG TEN’S RETURN GAME COULD WIN YOU MONEY. HERE’S HOW…

The DailyMail reported that the club will ask permission to submit another test 48 hours before the match. It’s unclear how the league will respond.

Juventus had been in isolation following positive tests for two staff members, but Ronaldo and six other players were allowed to leave and join their national teams — prior to his own positive test.

Midfielder Weston Mckennie tested positive for the virus last week, prompting Juventus to announce that its players and staff would go back into isolation in the club hotel.