Neville endured a horror stint as manager of Valencia in the 2015-16 season – lasting just THREE months before being sacked. 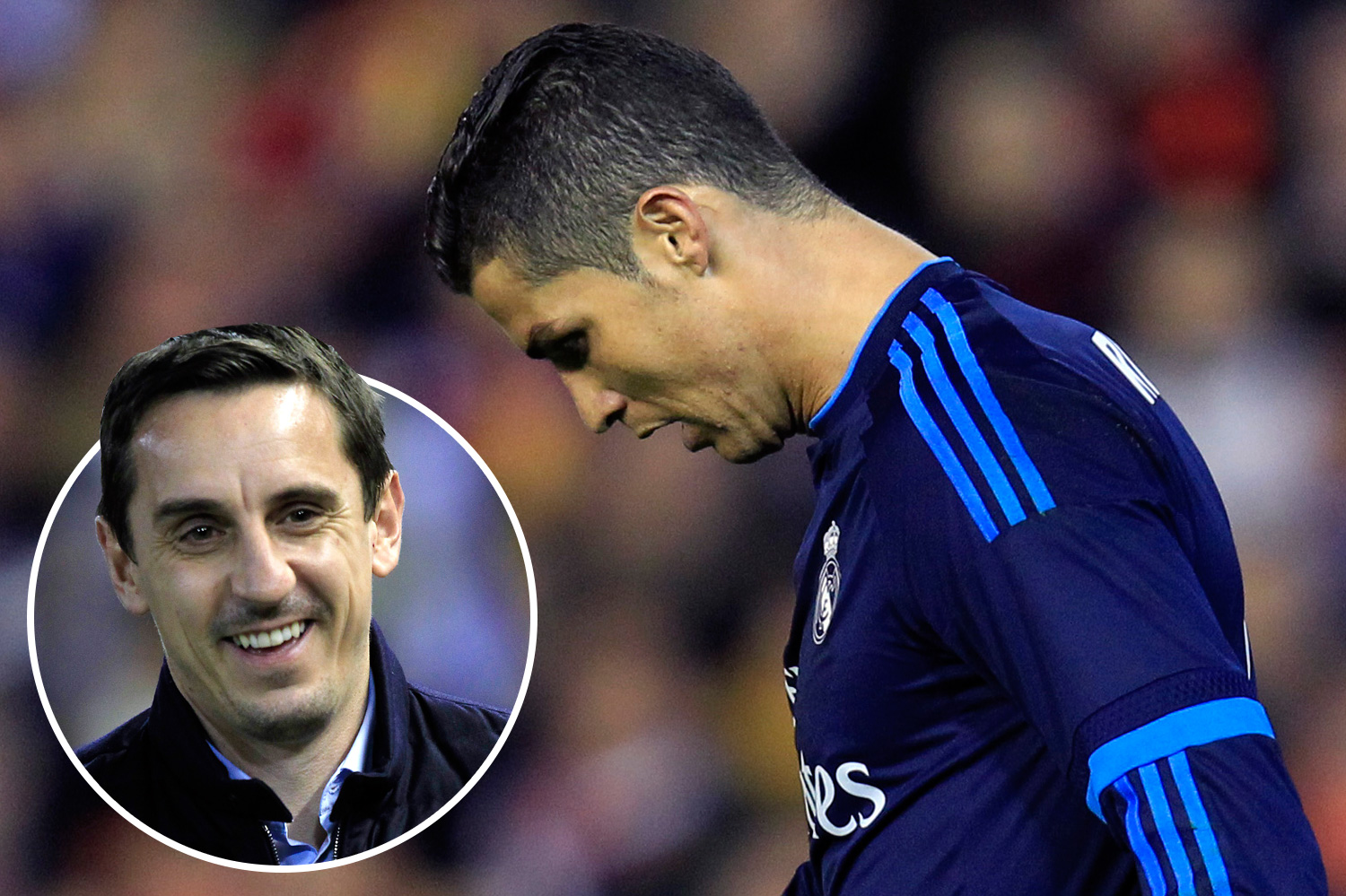 The former Manchester United full-back failed to record a single win in his first nine matches and left with the Spanish giants 14th in LaLiga.

But amongst the dark moments was one shining light – as his side twice battled from behind to draw 2-2 with a star-studded Real Madrid side.

In a fiery encounter, now-Chelsea star Mateo Kovacic was sent off as Paco Alcacer secured a late leveller to seal a point.

And Neville has now revealed how that game got under Ronaldo's skin.

Nev told Sky Sports’ Off Script podcast: “The 2-2 draw with Real Madrid where we almost won it late on was an incredible night.

“Rafa Benitez was Madrid manager and that was his last game before he got sacked.

“What I remember most about that game was our tactic of leaving the grass really long.

"We didn't water the pitch so the ball wouldn't travel as quick in the hope of slowing down Cristiano Ronaldo and Gareth Bale.

“Cristiano came over to me before the game and said 'it's a disgrace, cut the pitch' – I said 'absolutely no chance'.

“There was no way he was dribbling that night.”

Dropping those two points ultimately cost Los Blancos greatly, as they missed out on the LaLiga title to Barcelona by ONE point.

But it still wasn't enough for Neville to save his job, as he was sacked just weeks later.

Neville hasn't managed since, instead sticking to punditry on Sky Sports.