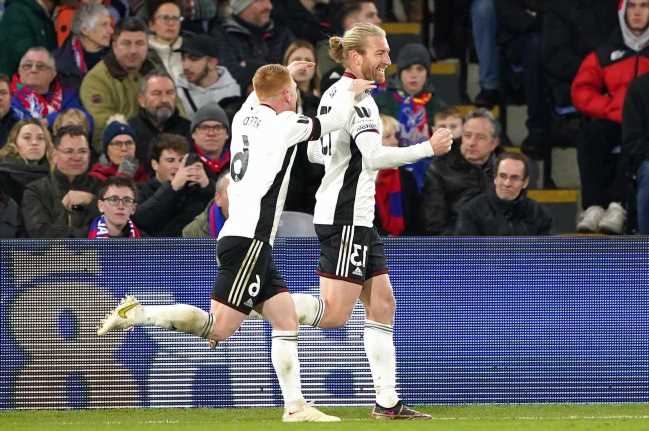 TRUST Aleksandar Mitrovic to dominate the headlines once again – he was never going to make a quiet Premier League return, was he?

The Fulham front man may have scored twice in Qatar but ultimately it was a disappointing World Cup for him and his countrymen as Serbia finished bottom of Group G with one just point. 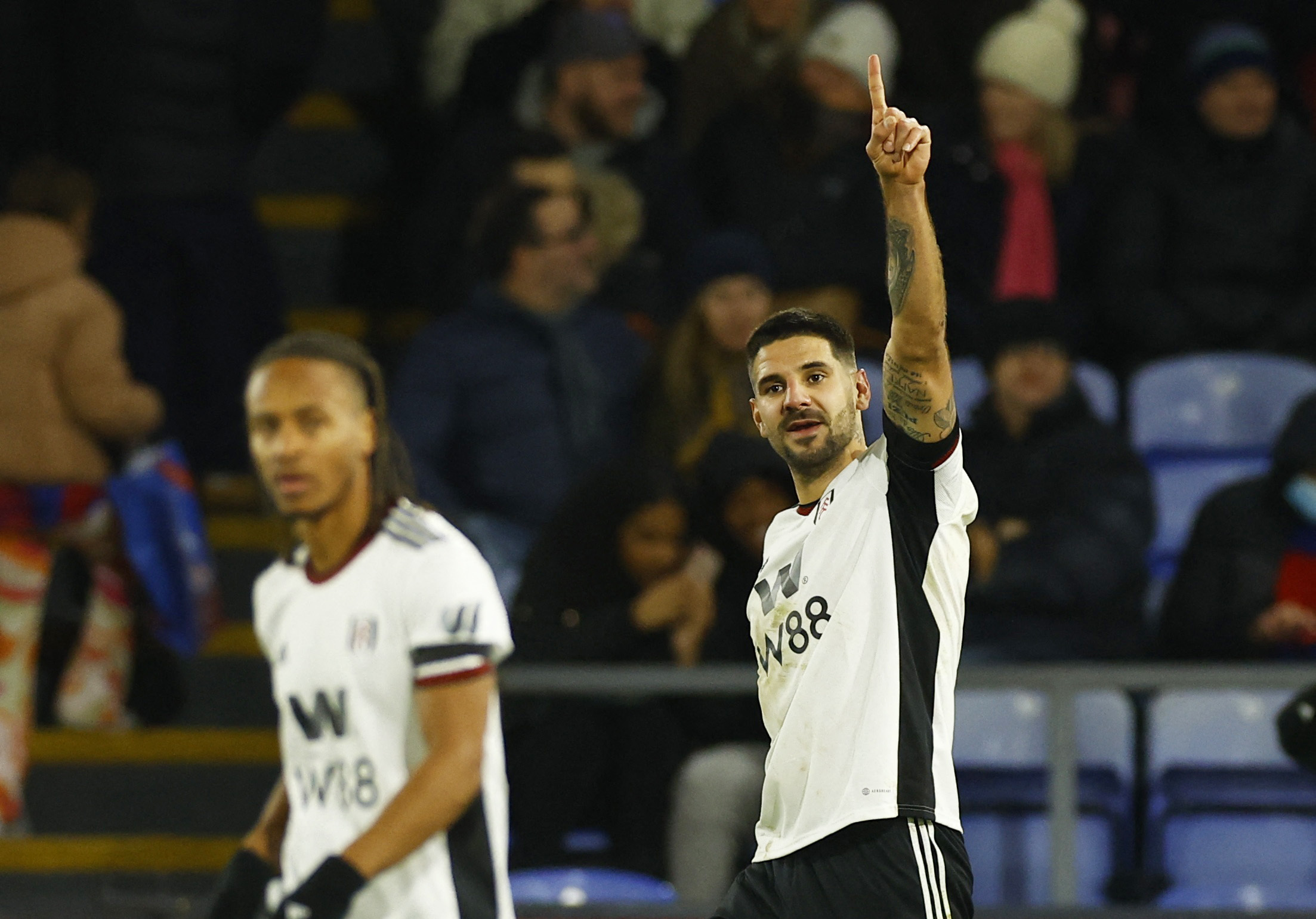 Some may have wondered if there would be any form of hangover in club colours after that crushing feeling of leaving the Doha party early.

There had been serious doubts about whether he would even be ready for the Prem’s resumption on Boxing Day following an ongoing ankle injury.

Yet after passing a late fitness test, the combative striker picked up the Fulham reins where he left off with an all-action display that saw him score once, provide two assists and earn a congratulatory bear-hug off boss Marco Silva.

In the eyes of the home fans, he was Public Enemy No.1 because it was his altercation with James Tomkins in a pivotal moment on 57 minutes that resulted in the defender earning a contentious red card.

Tyrick Mitchell had already received his marching orders in the first half and once Palace were down to NINE MEN, it was one-way traffic for the West Londoners, who have now leapfrogged over Chelsea in the table.

Pre-match, there was rapturous applause from both sets of fans for George Cohen – an ever-present member of England’s 1966 World Cup – who died last Friday aged 83.

In honour of a legendary one-club man who made 459 appearances in 13 years, the Fulham players wore black-and-white tracksuits with the name COHEN emblazed on the back.

Fabian O'Neill, who Zidane hailed as one of most talented he'd faced, dies at 49

His iconic 1995 tune, Insomnia, was blasted out on the PA speakers as the teams walked out in South London for the Premier League resumption.

Anybody experiencing a post-Christmas lunch slumber would have been woken up by Andreas Pereira’s magnificent 30-yard free-kick strike that required an equally brilliant tip-over save from Palace goalkeeper Vicente Guaita.

Yet Fulham, who have a habit of scoring on their Prem travels, earned the breakthrough that they inventive play had deserved.

Mitrovic, one of Fulham’s four World Cup stars in the starting XI, took advantage of a sloppy pass by Joachim Andersen that had conceded possession to Fulham full-back Kenny Tete.

The delivery from Mitrovic was perfect, the type of cross that he would usually love to receive on his head. 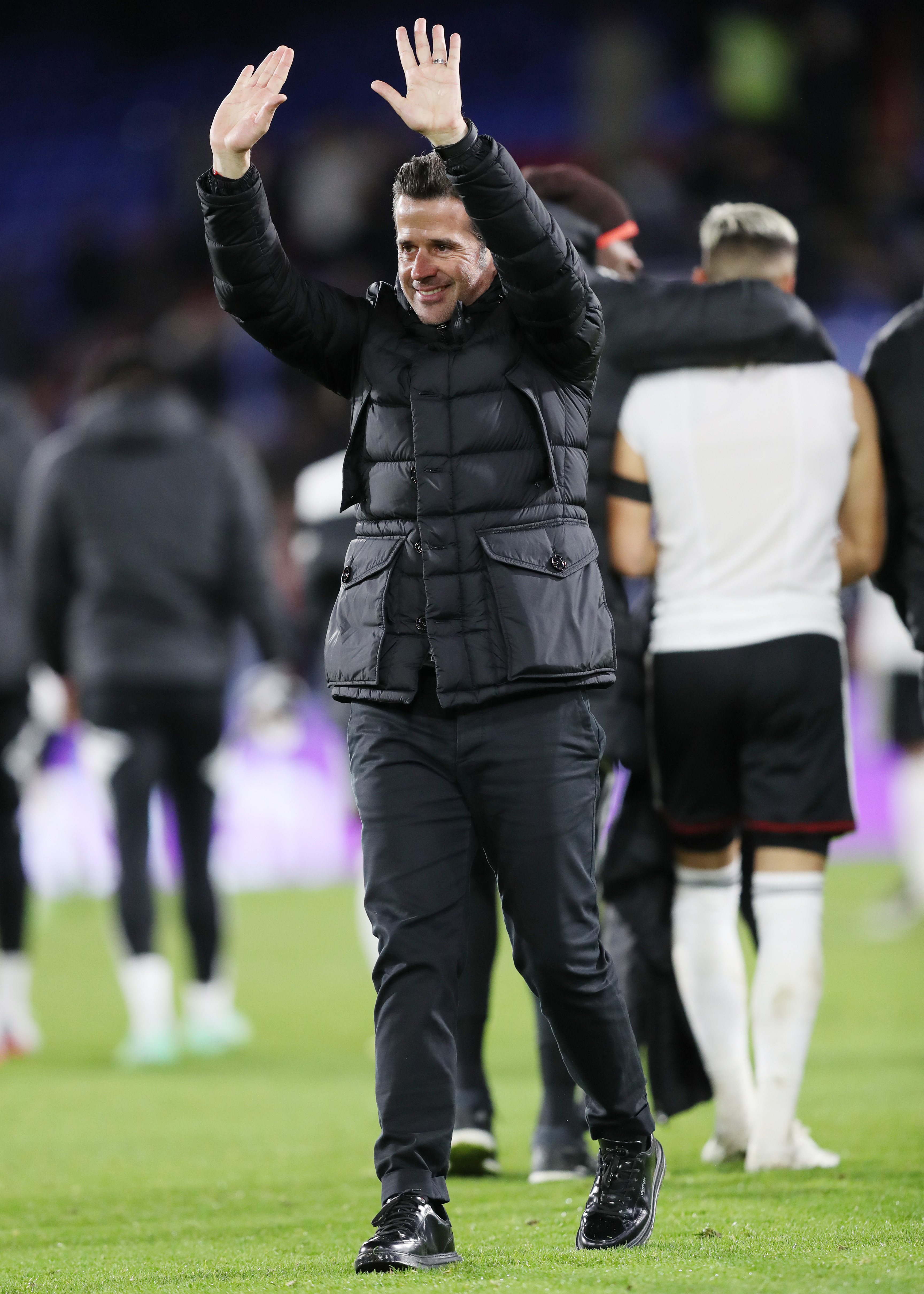 And Bobby De Cordova-Reid found space between centre-backs Anderson and Tomkins – this was his first league start since Boxing Day 2021 – to glance home for his fourth goal of the season.

To compound matters for the home side, left-back Mitchell was deservedly sent off for a late, potentially bone-snapping challenge on Tete.

Mitchell only had himself to blame for his mis-control of the initial pass and then lunging recklessly at his opponent.

It is no wonder the home fans, who had been starved of competitive action since October 29, made their feelings known and booed the players off at half-time.

Tomkins had been cautioned in the first half for pulling Mitrovic’s shirt and then he raised his left arm upwards as the pair came together.

The theatrical fall by Mitrovic may riled the home fans, who called him a ‘cheat’, but referee Andy Madley showed a second yellow to Tomlins and VAR agreed.

Mitrovic was involved again when captain Tim Ream scored on 71 minutes – his first Premier League goal on his 62nd appearance.

And though replays showed the knockdown hit Mitrovic’s wrist in the build-up, the official stuck with his on-field decision for accidental play after reviewing a pitchside monitor.

Mitrovic was not done there and it was his header from two yards out that sealed a three-nil rout in this London derby.

While he might not have the same profile as Erling Haaland, Mo Salah or Harry Kane, he is at times just as influential, lethal and engaging to watch.

26/12/2022 Sport Comments Off on Crystal Palace 0 Fulham 3: Decordova-Reid, Ream and Mitrovic blow hosts away as Eagles have TWO men sent off | The Sun
Lifestyle