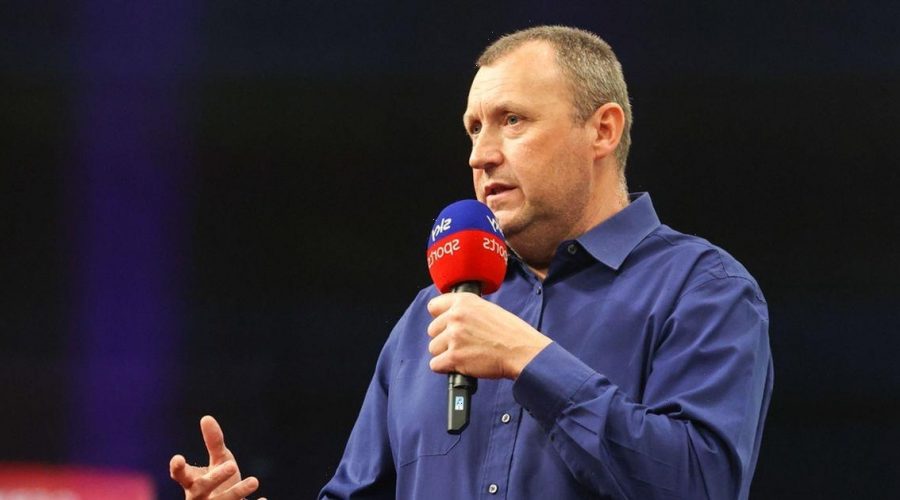 Wayne Mardle is one of the most popular and open commentators in darts – and sometimes a bit too open.

Once again, the former World Championship semi-finalist is on duty for Sky Sports at the Alexandra Palace. A true man of the people, Mardle is more than happy to engage with fans on social media, answering questions and even giving advice to amateur players looking to improve their game.

But one conversation went in a slightly unusual direction, prompting Mardle to delete a Twitter reply.

READ MORE: Wayne Mardle called out for ‘ignoring shocking crowd’ – despite not being at Ally Pally

Mardle was making a point about players in the tournament who also play soft tip darts, which is played widely in North America and parts of Asian.

He tweeted: “There is an issue with predominantly “soft tip” players. Their darts in the main lay parallel to the ground, which causes massive issues when they lay above a target they need to hit. In general they can’t adjust.”

He continued: “The angle of entry is determined by the grip. Remember, the holes in a soft tip board won’t accept a flicked dart trying to enter it, so throwing a flat dart is preferred.”

Who is your favourite darts commentator? Tell us in the comments section below

Some interested fans asked for a future explanation while one cheekily asked: “Have they tried Viagra?”

As the chat continued, Mardle was asked if he had ever used the sexual performance stimulant himself, to which he replied: “Yes. Once.”

It seems Mardle realised he had revealed rather too much information as he subsequently removed the post.