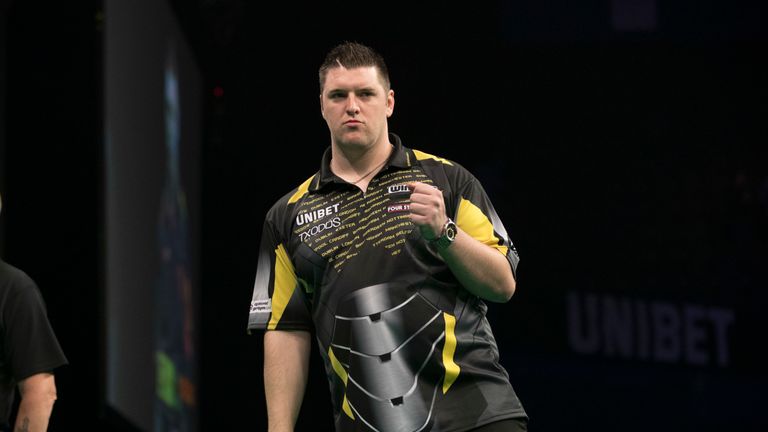 Daryl Gurney believes he was the most focused he has ever been after he defeated Michael Smith to confirm his spot in the Premier League Play-Offs on Thursday in Leeds.

Gurney headed to the First Direct Arena trailing fourth placed Mensur Suljovic on legs won against the throw, but the Northern Irishman produced an imperious display to clinch a top four spot.

The current Players Champion averaged 101.8, fired in five maximums and converted 42 per cent of his attempts at double to defeat ‘Bully Boy’ 8-3, before Suljovic’s defeat against Michael van Gerwen later in the night confirmed Gurney’s qualification.

“I’m delighted,” said Gurney. “I knew I had to win tonight and I was probably the most focused I’ve ever been and it’s one of my best performances.

“It was a quality game and I took out a couple of important finishes. Under the circumstances, I think I played beyond my expectations, so I’m happy with that.”

Gurney made his Premier League debut last year and missed out on the Play-Offs by three points, despite enjoying a strong second half of the season. 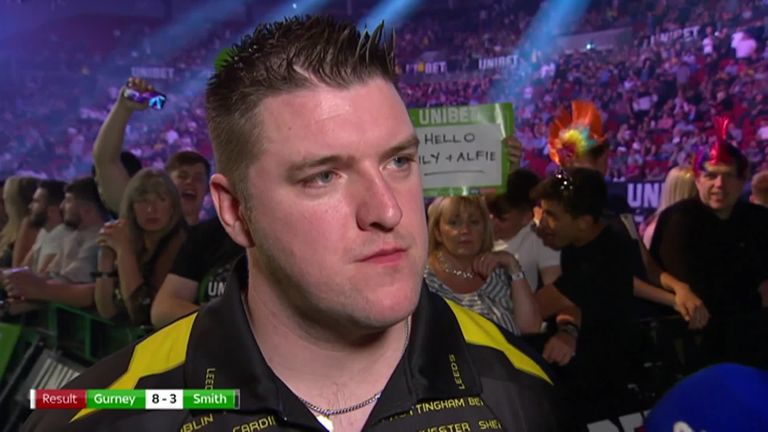 However, the world No 3 produced when it mattered this time around, claiming seven points from his last eight available to wrap up fourth spot.

The 33-year-old posted a stunning first nine-dart average of 120.39 in Leeds and he told Sky Sports’ Rod Studd he was ‘in the zone’.

“Honestly, the first couple of legs I knew I was in the zone,” added Gurney.

“I knew Michael (Smith) was in the zone because obviously I make everything look hard and then the way Michael plays, he looks like he’s not even trying, like he’s throwing from his bed. He’s just so naturally good.

“I was just trying to hang in there and start off well, because the last few weeks Michael has always started well and I’ve started slow, so I thought if I’m going to have a chance of winning this game I’ve got to start from the first dart.

“I think I played well. I’ve got no idea what the averages were but I know they were decent. 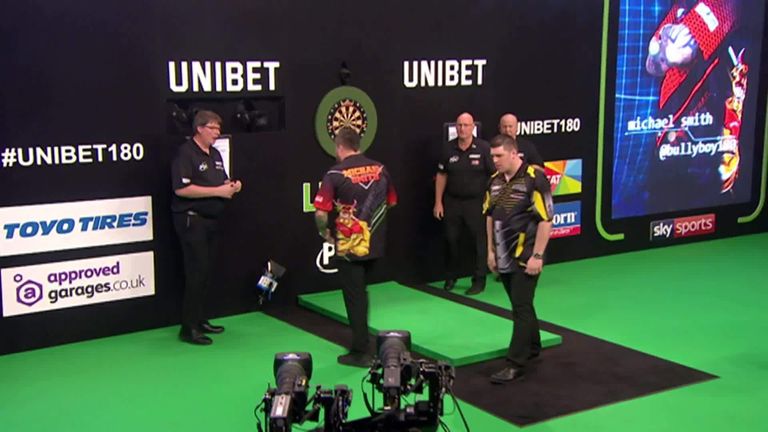 “There were probably two legs where Michael missed three darts at a double and I won those two legs – I took them out and that’s probably what won me the game. I think it was a quality game.”

Gurney faces Van Gerwen in the semi-finals at The O2, after the Dutchman claimed top spot in the Premier League for the seventh consecutive season.

Nevertheless, the prospect of facing MVG will hold no fears for Gurney.