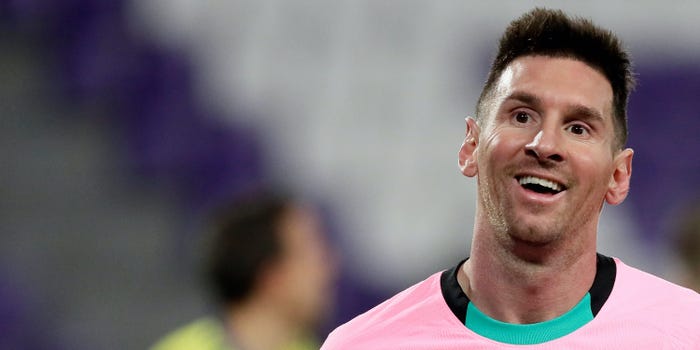 Lionel Messi could join up with English soccer legend David Beckham in the MLS in 2022, according to media reports from Spain.

In an interview earlier this week, Messi said that he wants to play soccer in the United States before the end of his career, igniting hopes that arguably the best player in history could move to Major League Soccer.

Speaking on Spanish TV on December 27, Messi said that his future remains undecided, but that he would like to experience what life is like in the US before he retires from the game.

Inevitably, Messi's declaration sparked excitement among US soccer fans about the prospect, and now, the first indications of where in the US he could end up have emerged.

Catalunya Radio reports that former England captain Beckham is planning on trying to lure Messi to play for his MLS franchise, Inter Miami, in 2022.

Beckham intends to sign Messi's good friend and former teammate Luis Suarez for the franchise in the summer of 2022, then use him as a way of enticing Messi to join his project in Florida, the radio station reports.

Mail Online reports that Messi is keen for the move, and has already bought an apartment in Miami ahead of the prospective transfer.

Beckham has previously expressed a desire to bring the likes of Messi to the MLS.

"Every team in the world would want Messi and Ronaldo on their teams," he said earlier this year. "So that's what we will try to do."

If Beckham was able to sign both Suarez and Messi, it would add to an already impressive roster for the fledgling MLS franchise.

Inter Miami has already managed to lure two big names from Europe to the MLS, with French midfielder Blaise Matuidi, and Argentina striker Gonzalo Higuain moving to Miami for its inaugural MLS season.

Messi is just six months away from becoming the most sought-after free agent in soccer history when his contract with Spanish giant Barcelona comes to an end. He previously handed in a transfer request after his relationship with then-club president Josep Maria Bartomeu deteriorated.

Messi told Spanish TV network La Sexta that he is keeping all his options open, but that at some point, he wants to go to the US.

30/12/2020 Sport Comments Off on David Beckham is plotting to lure Lionel Messi to Major League Soccer, days after the Argentine star said he wants to play in the US
Lifestyle