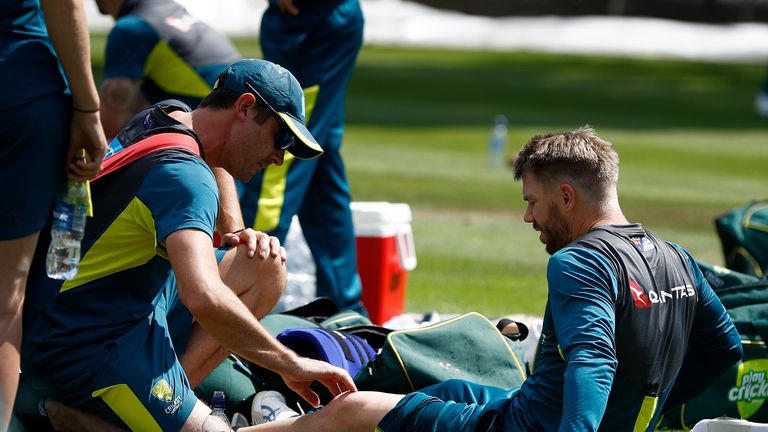 David Warner limped out of Australia practice after suffering a bruised knee, just days before the start of the Ashes.

The 32-year-old was due to complete his comeback from a 12-month ban for his part in a ball-tampering scandal against South Africa back in March 2018.

Both Warner and team-mate Steve Smith, who was also involved in the incident, returned to the one-day team earlier in the year.

Warner was regarded as one of the most prolific players in Test cricket before his suspension, hitting 21 centuries at an average of almost 50 Test appearances.