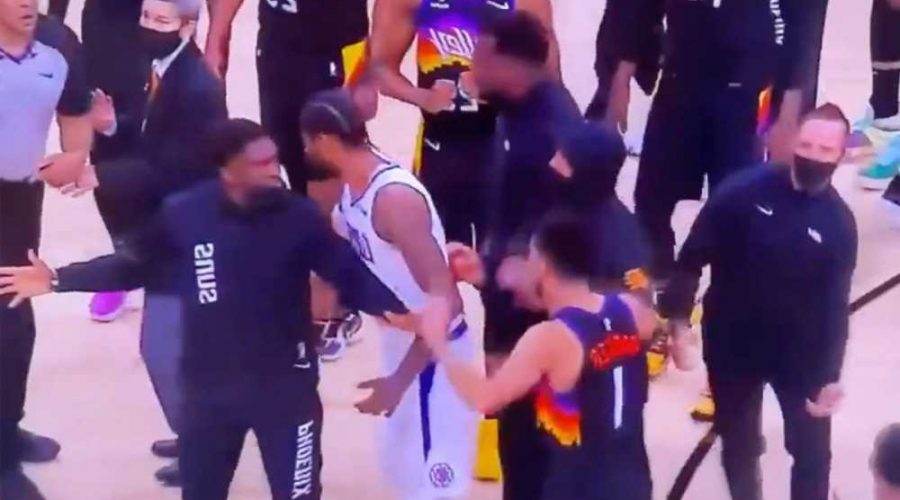 When push comes to shove, fiery Los Angeles Clippers center Demarcus Cousins typically lets his emotions get the best of him.

With 0.7 seconds left on the clock, Suns center Deandre Ayton scored on a game-winning inbound alley-oop. As the refs checked how much time remained in the game and if the bucket counted, a scrum of celebrating Suns players stormed the court.

This did not sit well with Cousins. As the two teams argued about the call, Cousins shoved Suns guard Devin Booker around mid-court. No technical fouls were called, and the Clippers went on to miss a last-second heave to lose the game.

“Those are my Kentucky guys,” Booker said of the incident while cracking a smile. “I told them ‘Go Big Blue.’”

Cousins, who was drafted with the fifth pick out of Kentucky in 2010, only played two minutes in the game. He went 0-for-2 with his two points coming from the free-throw line.

The 30-year-old and four-time All-Star has a knack for getting himself into trouble. Cousins has 136 technical fouls in his 10-year career. He was fortunate enough to not pick up his 137th, but a fine could be heading his way.