TERRIFYING Dereck Chisora covered himself in War paint and a sinister Joker-smile to scare Oleksandr Usyk ahead of their Halloween screamer.

The North London heavyweight weighed in at 18st 3lbs for the Saturday night showdown. 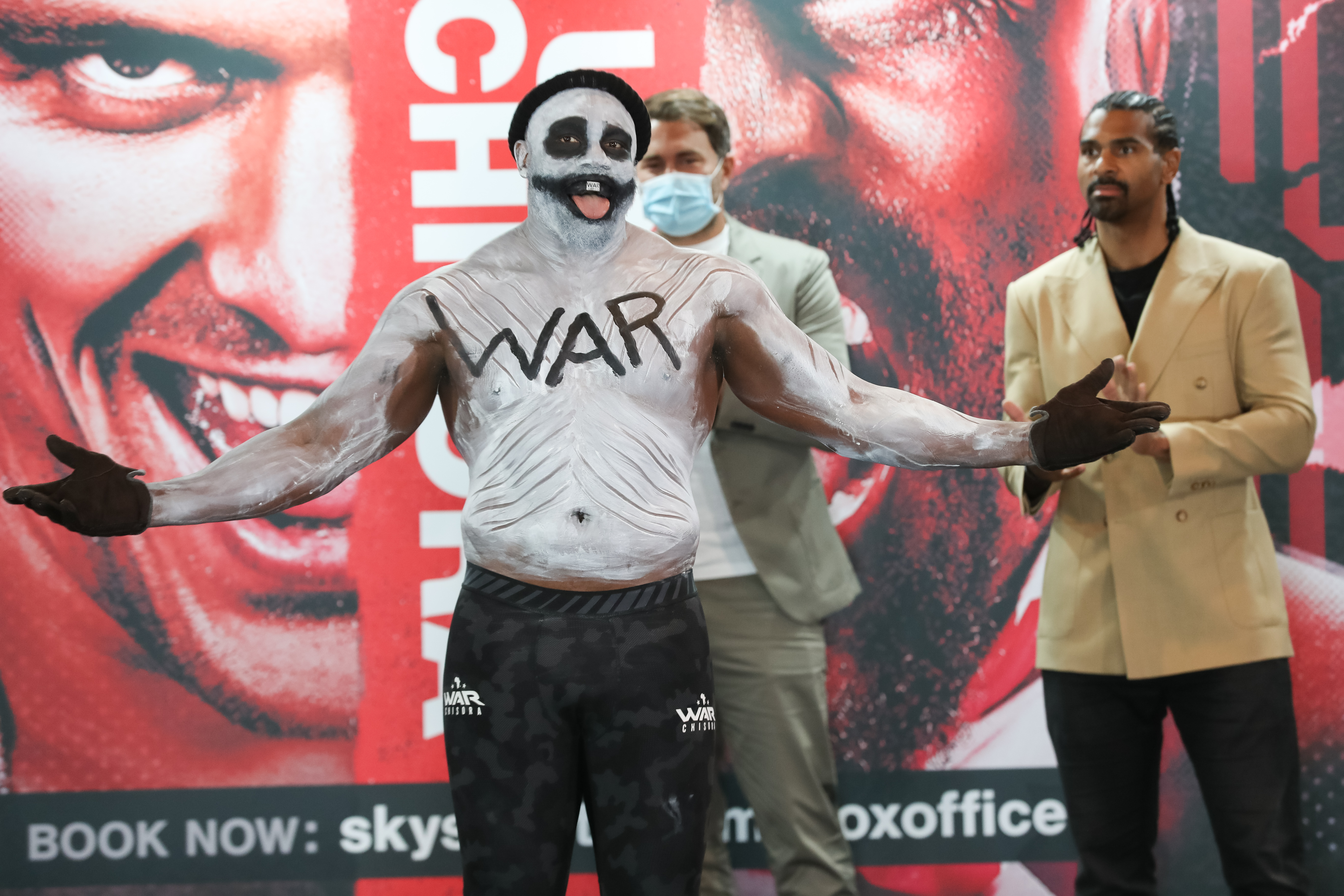 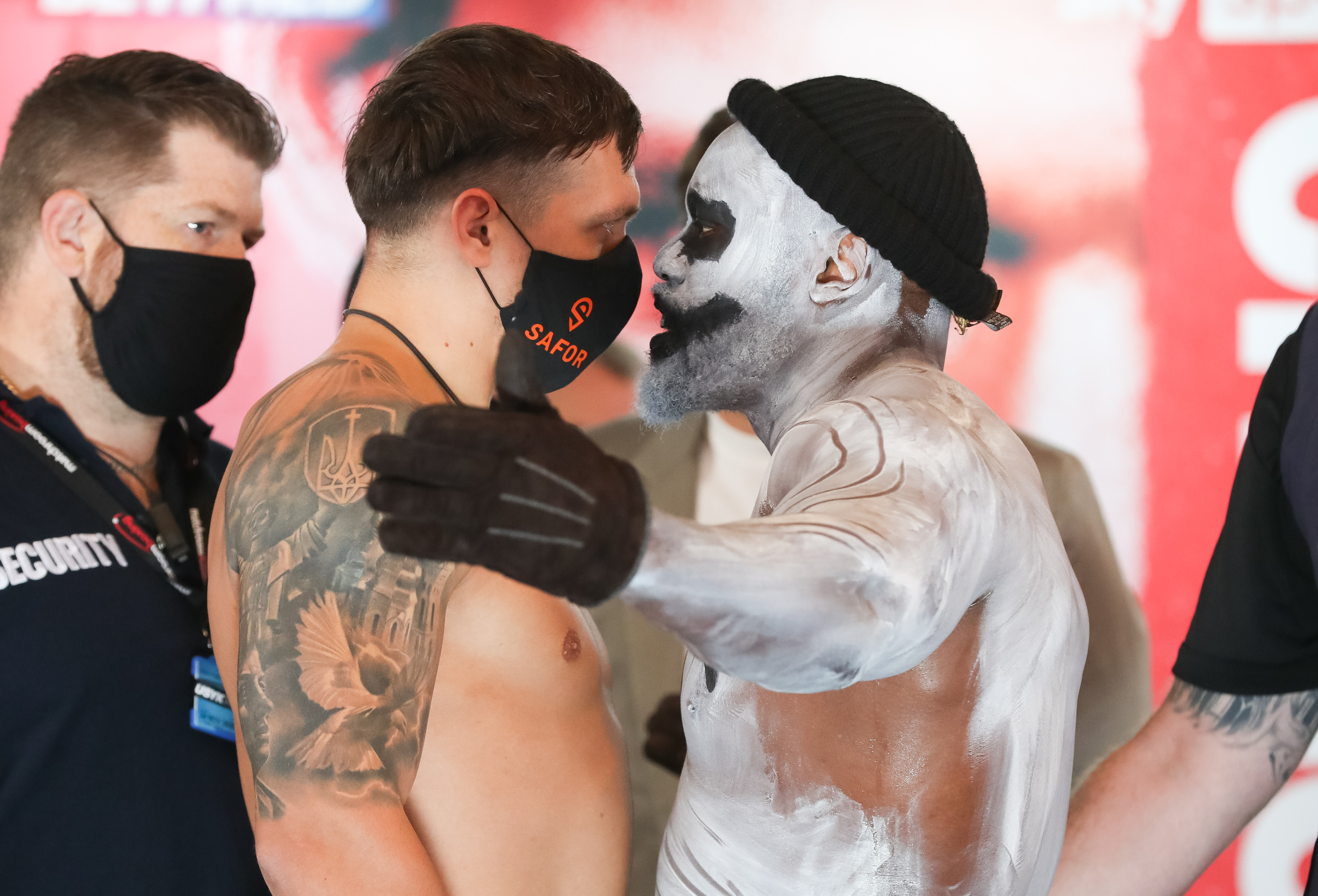 And, when he went nose-to-nose with the undefeated 15st 7lbs ace, he screamed x-rated threats at the man he had praised so freely all week.

With his bulldozer body painted white as a ghost and black patches around his eyes and mouth, the spook-tacular puncher growled: "I would rather him knock me out, than me do nothing.

"Either I will knock him out or he will quit on his stool. That's what we're going for."

Usyk insists he is not frightened by the monster in the opposite corner, with the three stone advantage, but admits he should have been heavier.

And the southpaw superstar even kept his cool when faced with an unsettling tribute to the Batman super-villain.

"That's exactly the shape I aimed for. It could have been a bit more, but it's still good.

"It's important to make a good statement on Saturday to avoid hesitation from my opponents in the future. 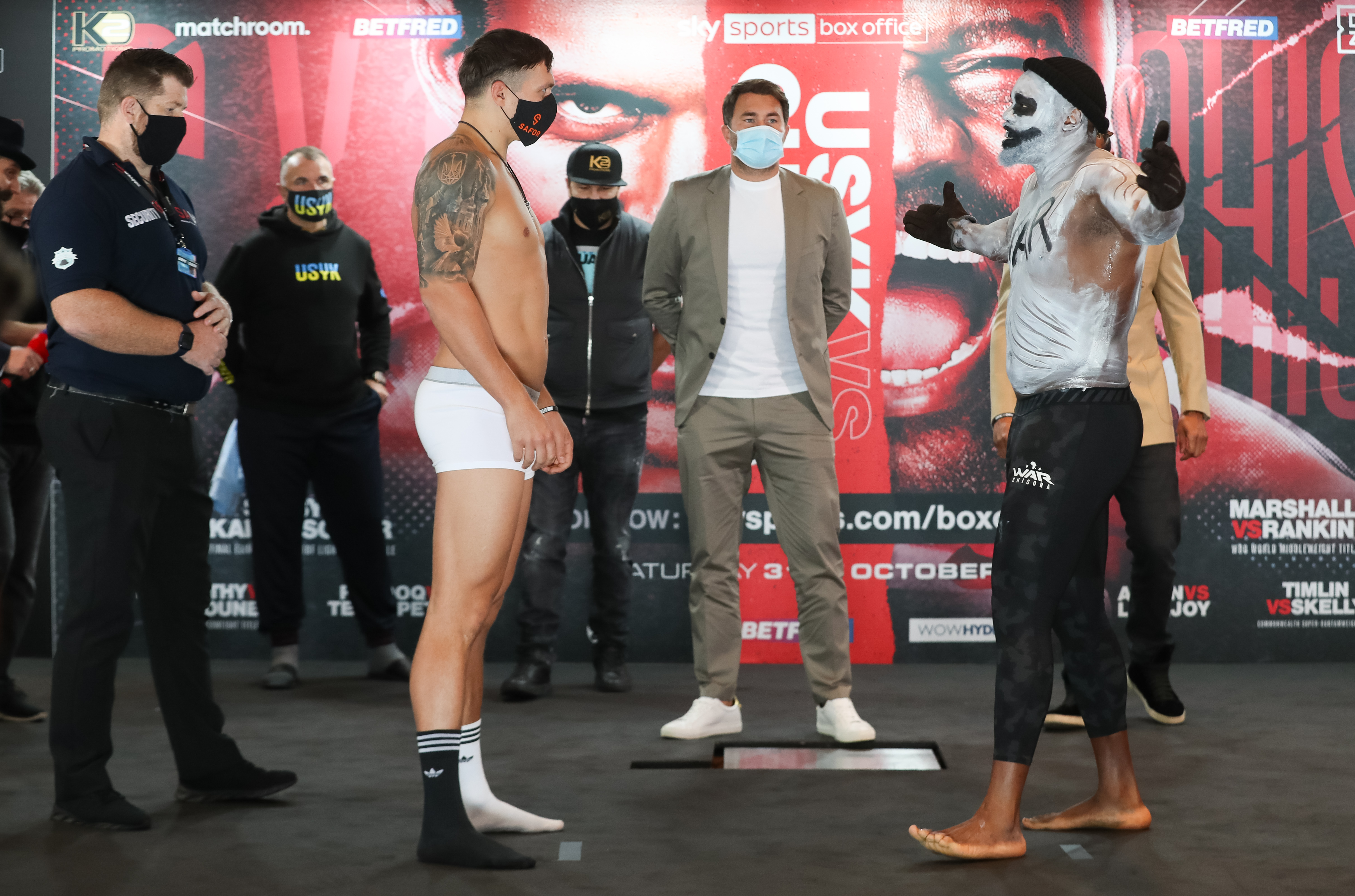 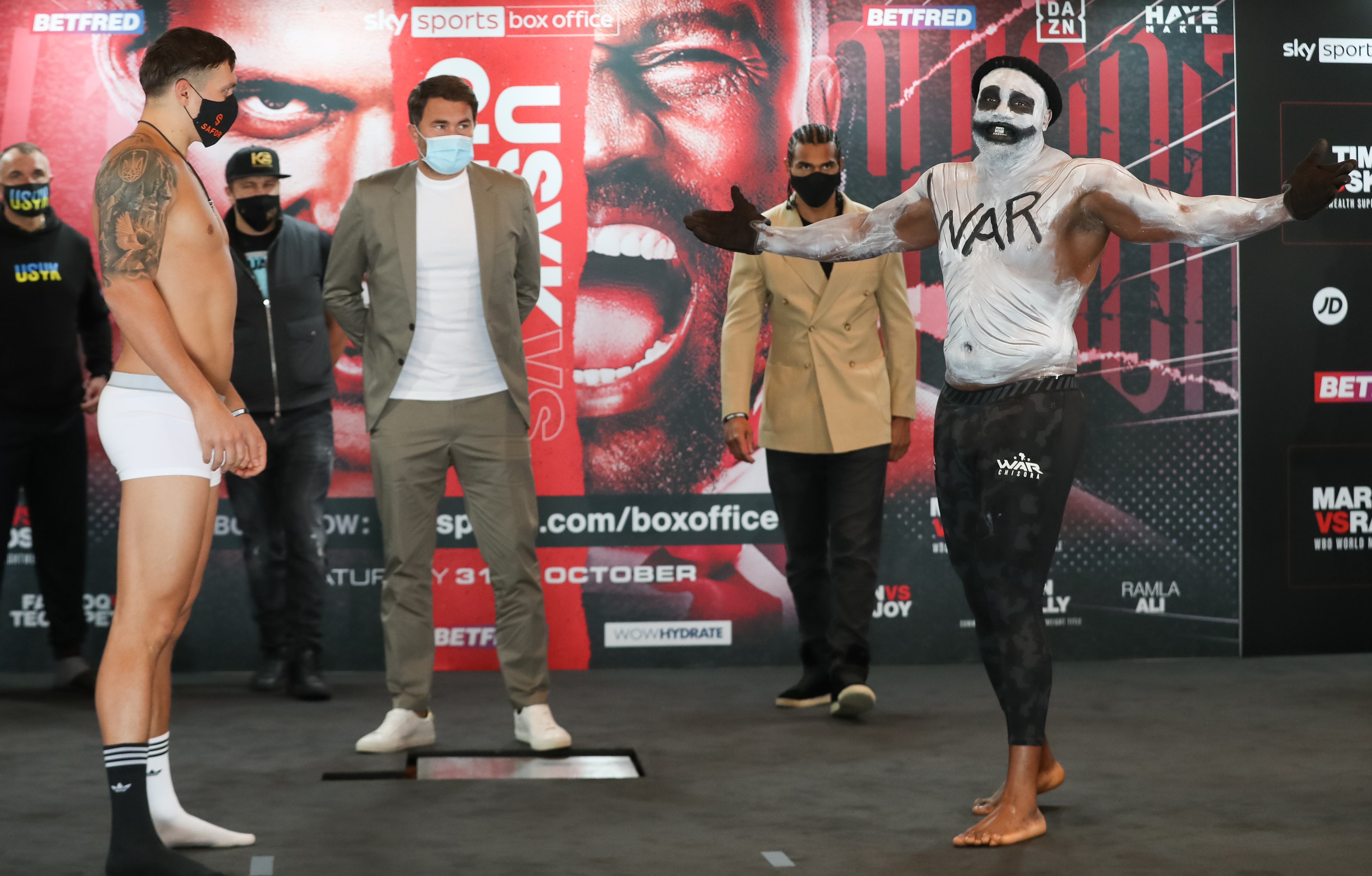 "On Saturday I will make my statement for the heavyweights."

Chisora's manager David Haye knows all about how dangerous Chisora is, having crawled with him in and out of the ring during his previous career.

And he recognises a switch has been flipped inside the dark mind of war horse.

The Hayemaker said: "How he looks is how his mind-set is. Ready for war.

"He wants to do damage.

"Yesterday was love, smile and hugs but today he went eye to eye with a man he will go to battle with.

"Any other performance from his life would not be good enough to win tomorrow. He has to do something he's never done before.

"Usyk will need to do something significantly better than ever before to withstand Dereck for 12 rounds."