DILLIAN WHYTE’S nightmare month was compounded by a brutal defeat for brave protege John Harding Jr.
The heavyweight ace, 31, is battling to clear his name after a failed Ukad drug test before his win over Oscar Rivas on July 20 and was looking for some respite with his friend’s big break on Friday night. 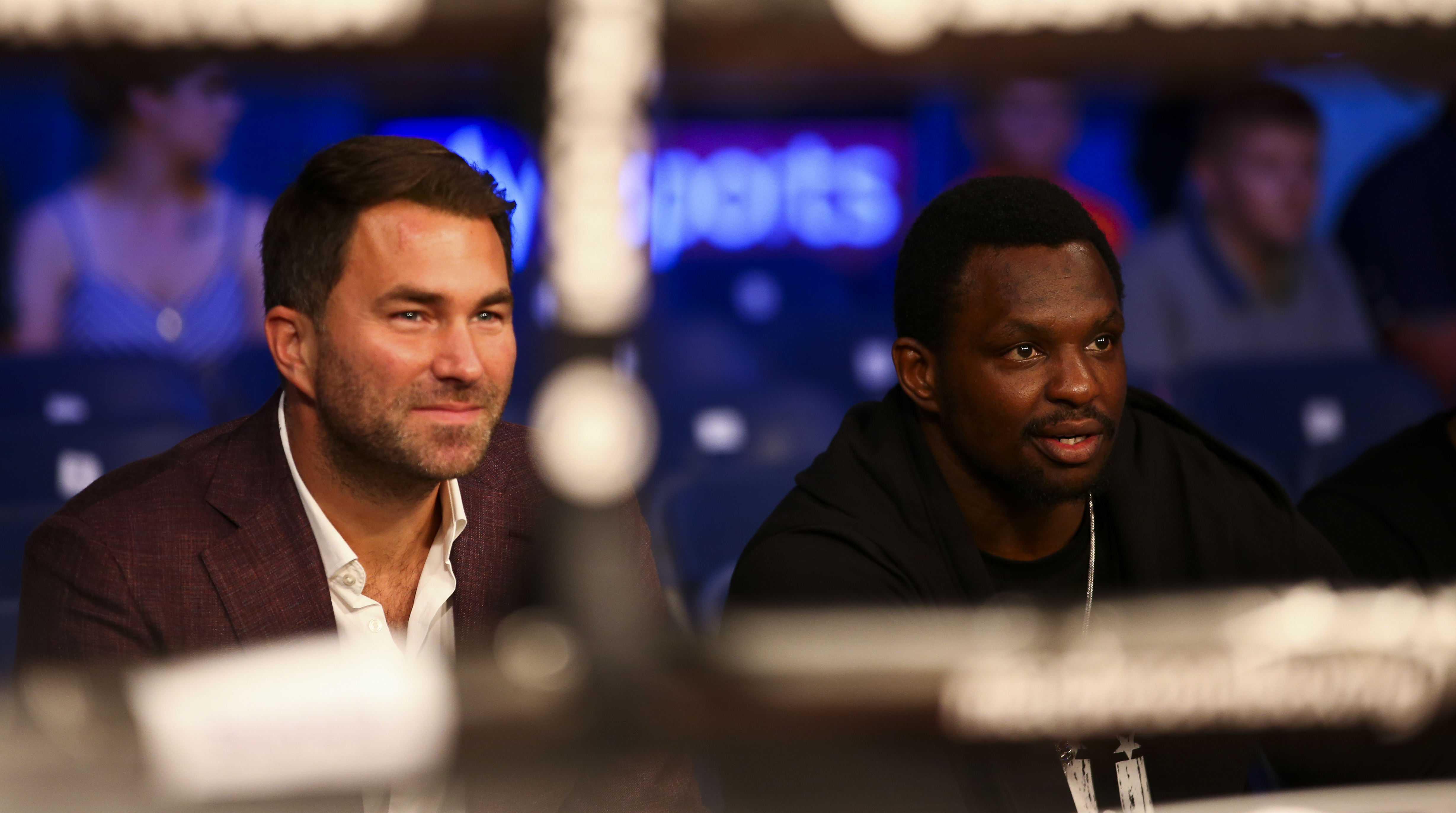 The South London 34-year-old stepped up for a shot the English middleweight title at late notice but defending champ Jack Cullen overpowered him across eight one-sided rounds.

Whyte walked Harding Jr into the ring and the confident pair even broke into a dance along the way but the underdog was a professional novice compared to his experienced opponent.

Cullen, known as Little Lever’s Meat Cleaver, began the night with a 16-1 record and the 6ft 3in champ towered over the New Cross man.

Cullen, 25, was unable to use his height and reach advantages as Harding, who took the fight on just three week's notice, chopped through him with first-round hooks.

But Cullen made a strong start to the second session and knocked Harding’s gumshield from his mouth as the bout heated up. And he ran away with the round with a string of power shots that had Harding on the ropes.

Harding, struggling for air in the third, lost his gumshield again during another dominant stanza for the defending champion.

But Harding’s granite chin, that has survived dozens of sparring rounds with heavyweight star Whyte, was holding up.

Harding tried to start a war at the start of the fourth, but Cullen was too tall and seasoned to get sucked into a slugfest.

A vicious body shot rattled Harding’s ribs but the part-time model was still posing a threat to Cullen’s crown.

But a fifth-round shot clipped Harding’s skull and sent him tumbling to the canvas for an eight count he did very well to recover from.

By the sixth, Cullen was comfortable enough to switch to the southpaw stance but Harding terrified him with a seventh-round attack the hardman mounted.

Harding threw wild shots and chased Cullen around the ring but, presumably well ahead on points, Cullen was able to smile off the onslaught.

Mark Tibbs, Harding and Whyte’s shared trainer, should have considered pulling his man out of the fight by the eighth by the South London fighter was painfully brave.

A brilliant fight threatened to spill into a beating when Cullen turned up the pressure again but referee Bob Williams commendably stepped in to end in.