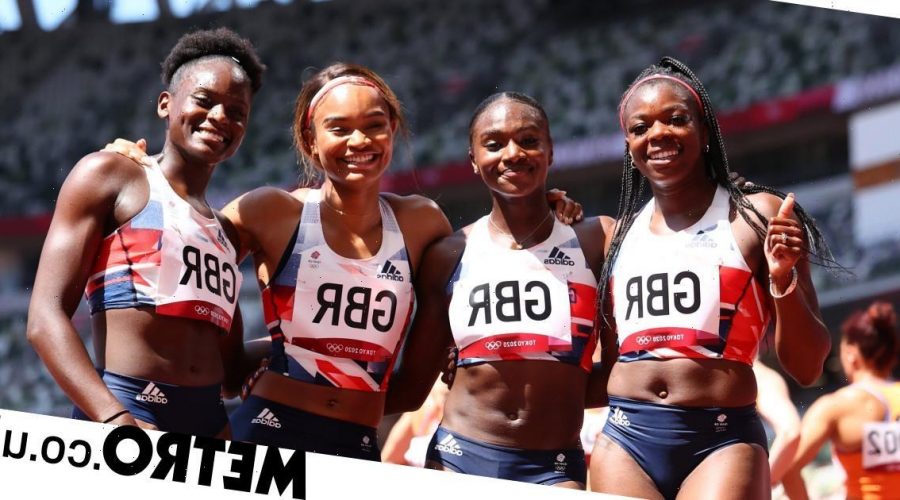 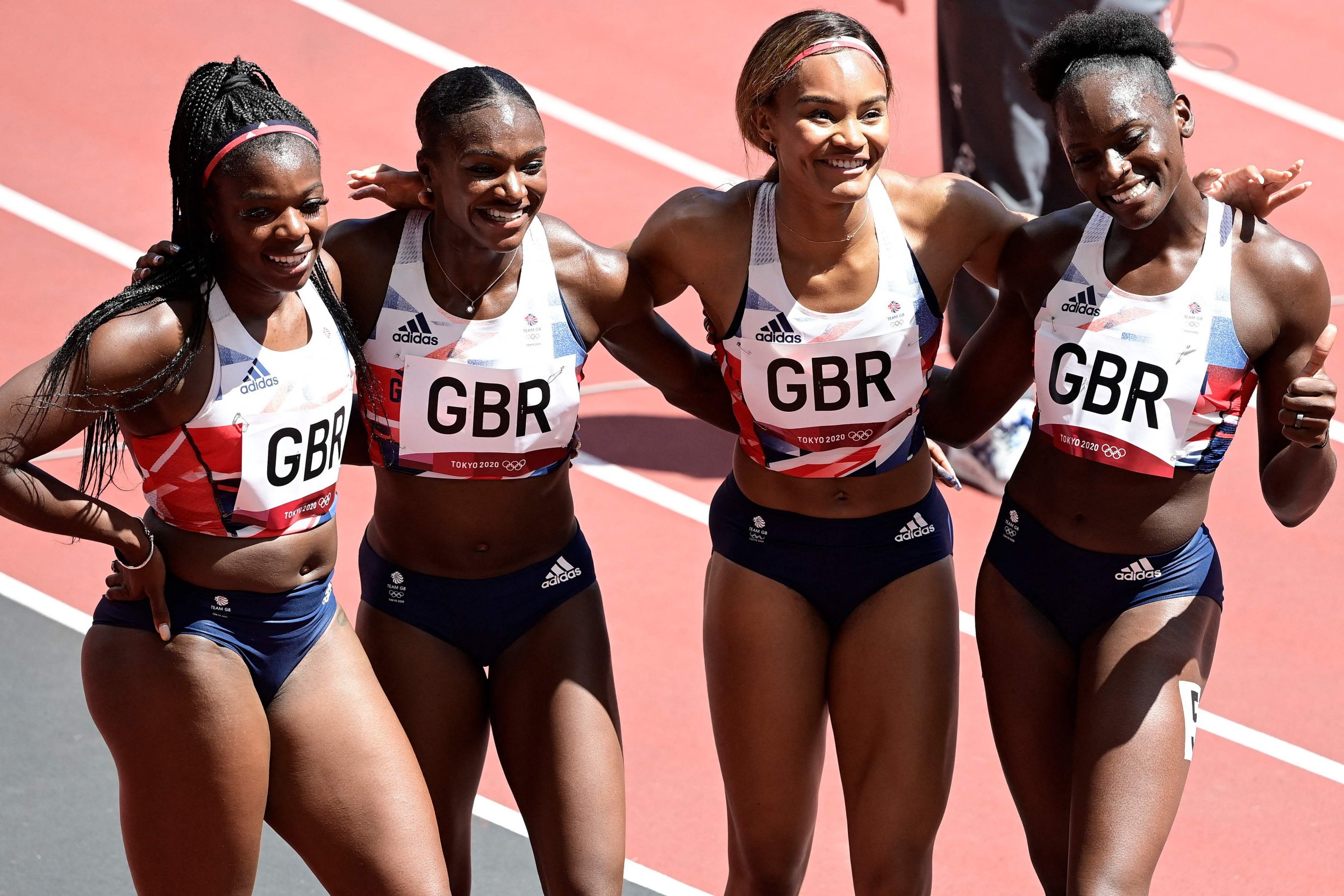 Asher-Smith saw her individual hopes dashed as she failed to recover sufficiently from a torn hamstring in July.

She failed to qualify for the 100m final and then withdrew from the 200m event in tears.

But the 200m world champion was able to compete alongside her British team-mates on Thursday, with Great Britain winning their heat.

In doing so, they won their heat ahead of USA and Jamaica – who were without individual women’s 100m gold and silver medallists Elaine Thompson-Herah and Shelly-Ann Fraser-Pryce – and reached the women’s 4x100m relay final, which takes place on Friday.

Asher-Smith will line up alongside compatriots Asha Philip, Imani-Lara Lansiquot and Daryll Neita as they look to improve on their Rio 2016 bronze.

‘There was never any doubt in my mind that I’d be lining up here today because the relay’s really important, we got a bronze medal in Rio,’ Asher-Smith told BBC Sport.

‘These ladies are in great shape, they’re incredibly talented, so I knew I had to rest up and get ready for the team event. I’ve been training hard to get ready.’

‘It (winning a medal) would be absolutely amazing but again that is not the thing I think about right now. It is about staying focused.

‘Of course, it (a medal) would mean incredible things to everybody. We are the bronze medallists in Rio. It would be amazing for us to get another medal again, for all of us, for all of our lives, for all of our individual dreams and aspirations.

‘To get that we have to stay focused and make sure we execute and do what needs to be done.

‘After the 100m I did say there was no way I wasn’t going to be here for the 4x100m girls. I only had one day off then John (Blackie, coach) had me back on the training track.

Chijindu Ujah, Zharnel Hughes, RIchard Kilty and Nethaneel Mitchell-Blacke came second in their heat with a time of 38.02.