Here is Dell Curry towards the end of his 16-year NBA career when he played for the Toronto Raptors. 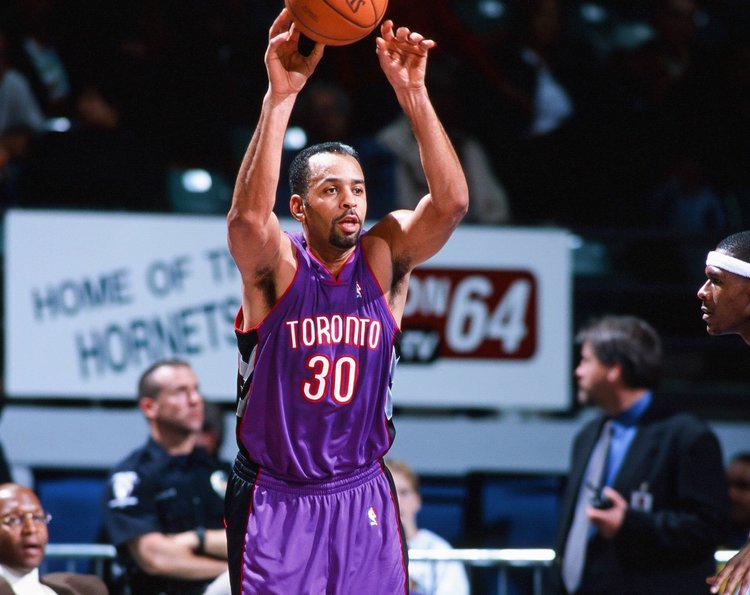 And here is a video of Drake arriving at Game 1 in the Curry jersey.