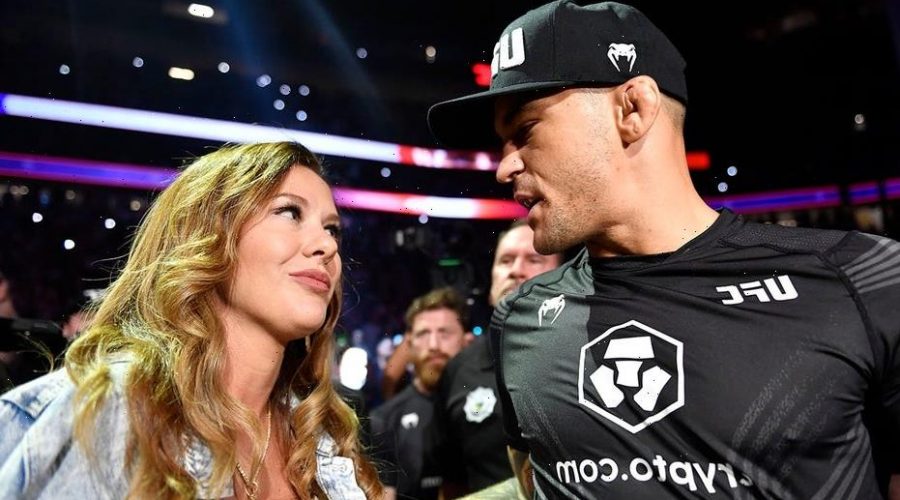 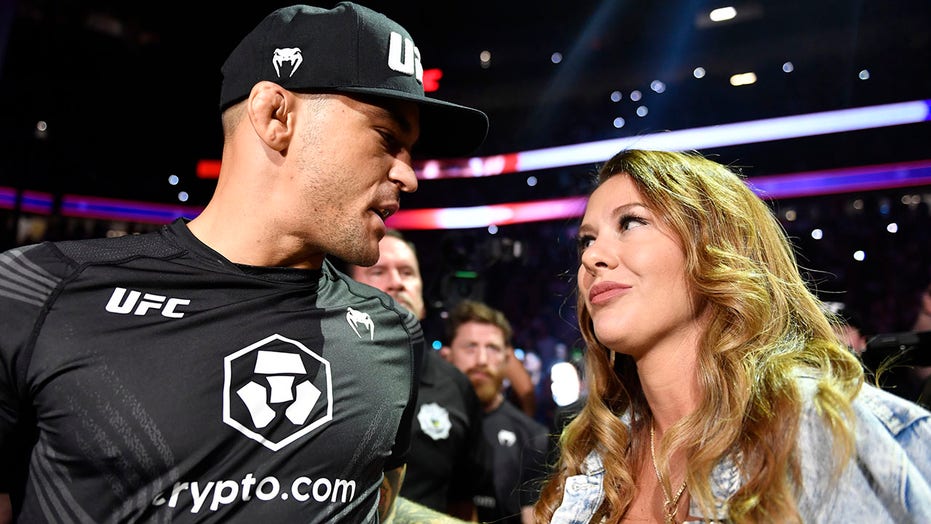 Dustin Poirier’s wife, Jolie, sent a one-finger salute to Conor McGregor as the Irishman sat on the mat while trainers tended to his injured leg after UFC 264 on Saturday night.

McGregor had brought Poirier’s wife into his trash-talking in the days leading up to the bout. He shared videos and pictures of what appeared to be Jolie Poirier trying to slide into McGregor’s direct messages.

Dustin Poirier kept his cool throughout the week as McGregor teased him. But after the fight, Poirier said he didn’t appreciate some of the things that were said.

McGregor didn’t turn off the filter even when he was on the mat after the loss to Poirier.

“Your wife is in my DMs! Hey baby, hit me back up. I’ll chat to you later on!” he said, via Sports Joe. “I’ll be at your after-party. The Wynn nightclub. You look in bits, ya little h*!”

Poirier had to be held back from going after McGregor.

Jolie Poirier was then seen flipping off McGregor as the family left the Octagon.

She re-posted some of the praise she received for flipping off McGregor on Instagram.

Poirier said after the fight that he wasn’t worried about Jolie in the midst of the trash talk, saying she is “solid as a rock.”

He picked up the victory in the trilogy fight after a doctor-stoppage technical knockout. UFC president Dana White said Poirier’s next fight could be for the UFC lightweight title against Charles Oliveira.