ENABLE got stuck in the Longchamp mud as Sottsass led home a clean sweep in the Arc for France.

The wonder mare was chasing an historic third win in the race at the age of six under Frankie Dettori – but there was no fairytale end to her stellar career. 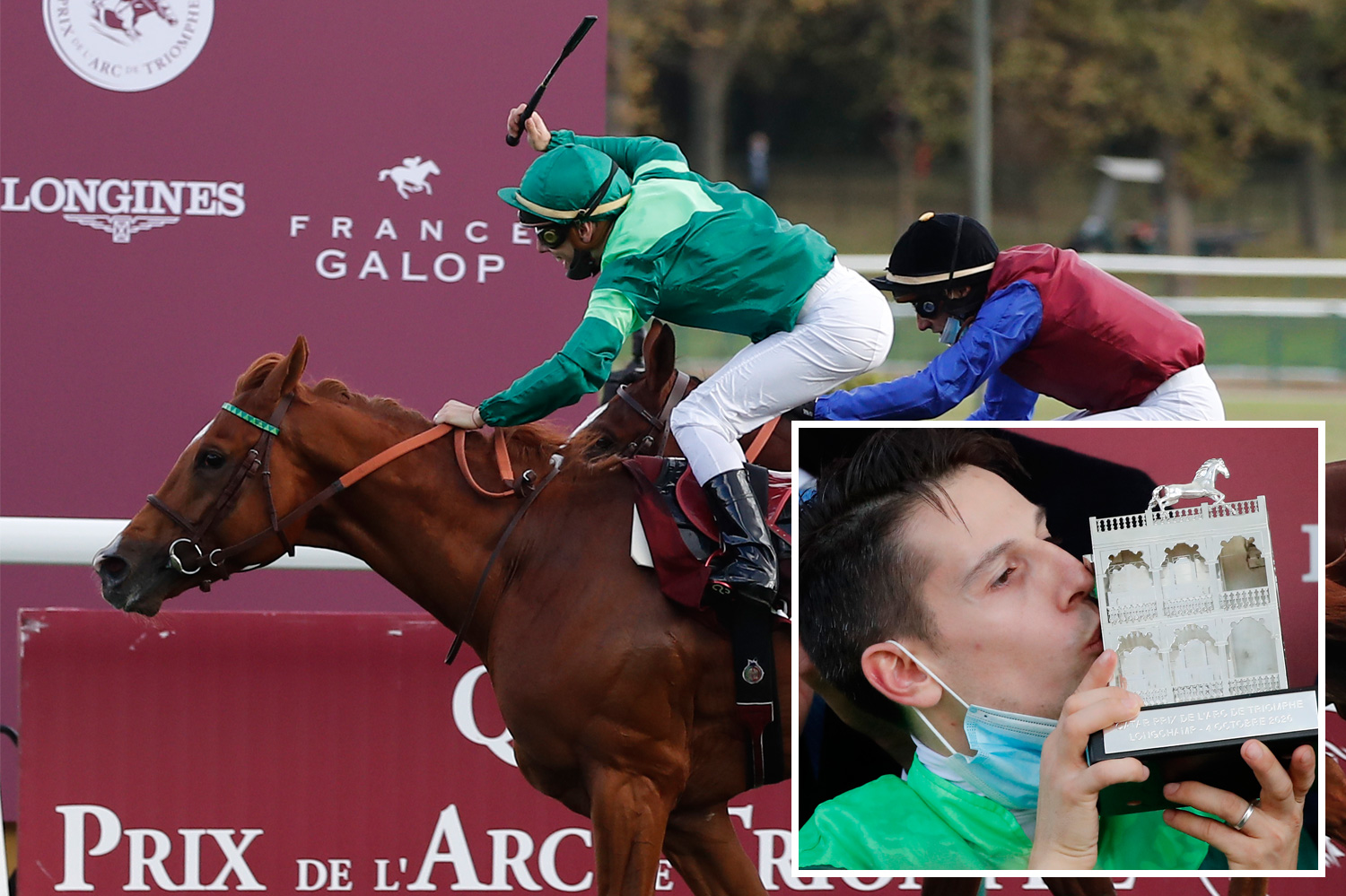 Trainer John Gosden had raised concerns this week about the heavy groundin Paris after persistent rainfall.

She suffered heartbreak in the Arc 12 months ago when mowed down late by Waldgeist under similar conditions, but she arrived as the hot 6-5 favourite with easy wins at Ascot and Kempton under her belt.

The early pace was tepid, and Dettori found himself in midfield as Persian King, taking a big step up in trip, towed them along at little more than a gentle stroll.

Enable looked to be going well enough as the field approached the straight, with her multiple Group 1-winning stablemate Stradivarius on her outside.

But as they fanned out with around two furlongs to race, Enable was unable to pick up when asked and she was soon the meat in the sandwich as horses and riders scrimmaged for room.

Sottsass (13-2), third in the race last season, was travelling all over Persian King (15-2) under Mirco Demuro and when angled off that rival's heels he quickened smartly into the lead with the post in sight.

There was a late surge from In Swoop (17-2) in the dying strides, but Sottsass was always doing enough to win Europe's richest race, with Persian King and Gold Trip (33-1) making it a 1-2-3-4 for France.

The stewards' had a look at the interference in the straight, but after an anxious wait the result was made official, giving trainer Jean-Claude Rouget his first Arc. Enable (6-5f) was sixth, one place ahead of Stradivarius (9-2).