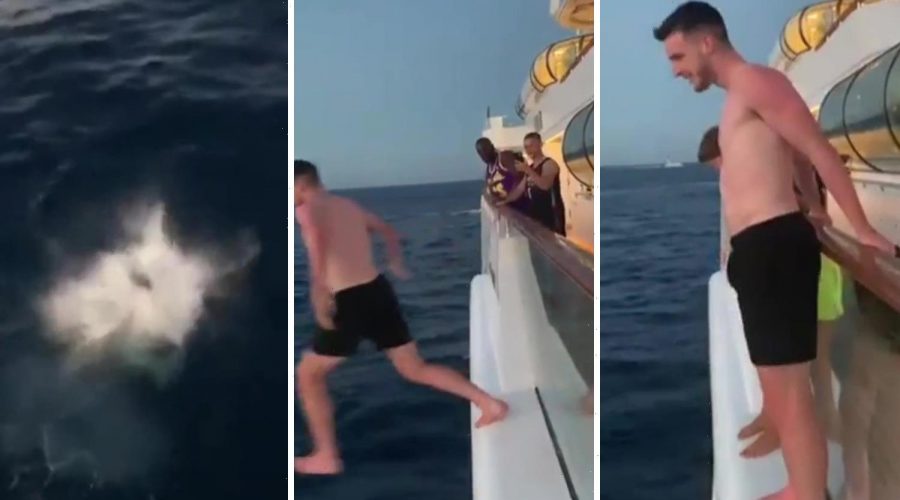 ENGLAND hero Declan Rice looks to have used up all his courage during the Three Lions' historic run to the Euro 2020 final.

That is if the West Ham ace's 'on Dec' behaviour is anything to go by in footage of him on a well-deserved holiday ahead of the new Premier League season. 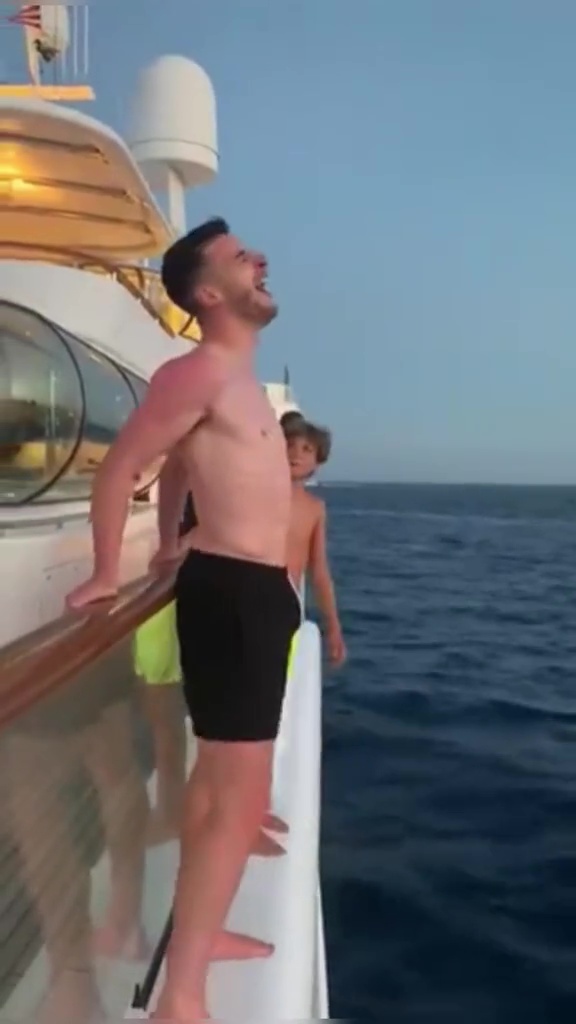 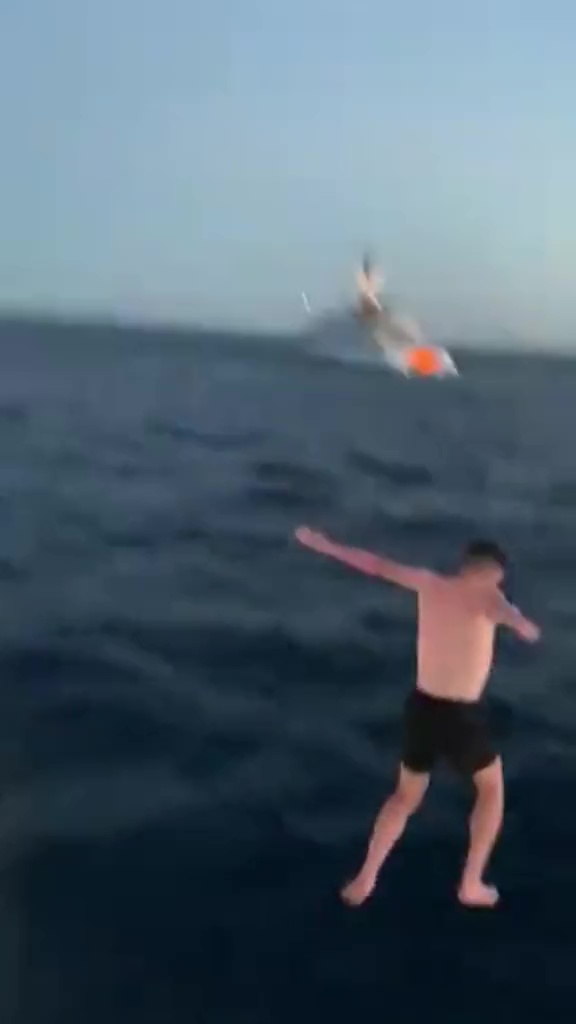 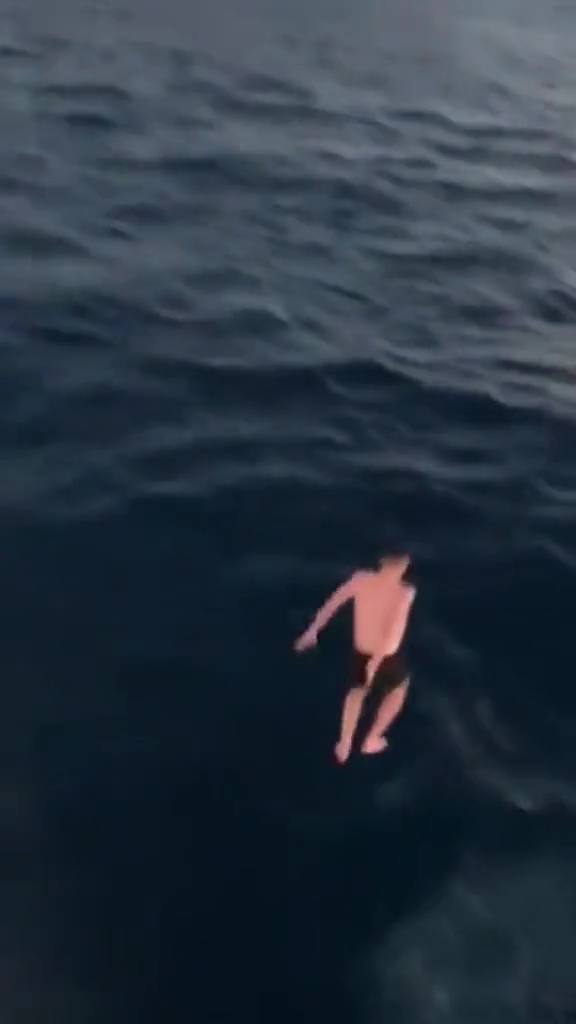 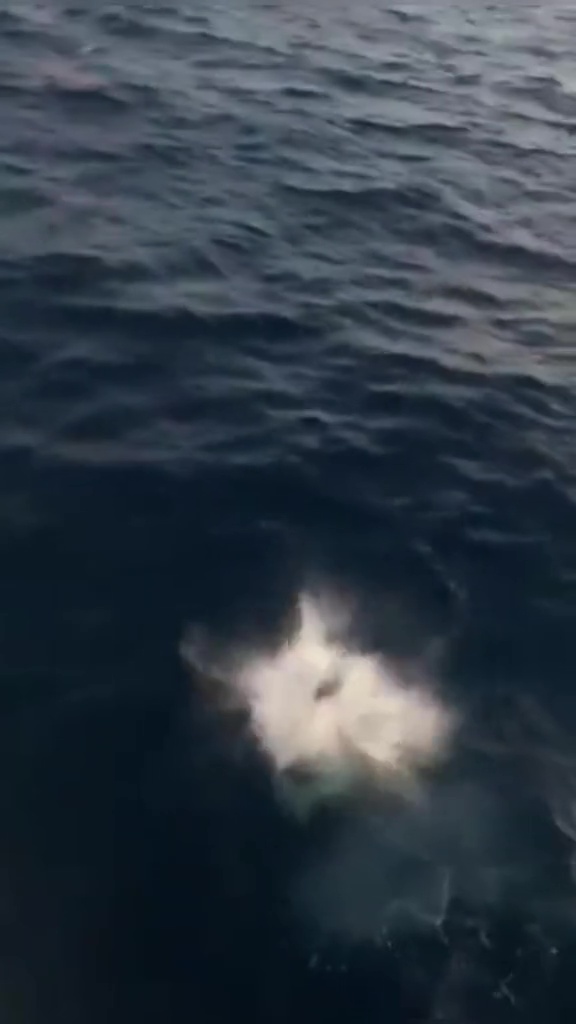 Rice, 22, was larking around on a luxury yacht with his pals and being dared to jump off an upper level and into the sea below.

The Hammers star has been enjoying a holiday on the Greek island of Mykonos with fellow England heroes Mason Mount and Luke Shaw.

He was pictured tucking into a meal with the group as Kyle Walker belted out Sweet Caroline last week.

And the frivolities carried on in the clip shared on Sunday.

John Christodoulou uploaded the footage which shows a group of young men – including Rice and Mount – lined up on the edge of the boat.

Mount and one other companion quickly launch themselves into the water with huge smiles on their faces.

A terrified looking Rice stares at cameraman Christodoulou and asks: "Is this dangerous John? Is it shallow here?"

The midfielder then turns to the little boy next to him and tells him to go first.

And he then looks down to the previous jumpers in the water and asks: "Is it scary?"

After the little boy jumps in ahead of him, West Ham academy product Rice says 'I can't do it' before tentatively moving toward the edge and finally jumping in.

The leap was met with whoops of joy as Rice joined his mates in the sea.

West Ham vice-captain Rice is used to making a splash having led the Irons to Europa League qualification last season.

And he also carried that form into the Euros where he played every game on the way to the final.

Last week SunSport exclusively revealed West Ham will use freed up wages from Felipe Anderson's Lazio departure to try and agree a bumper new deal with the Three Lions star.