ENGLAND fans packed the streets to cheer on the team coach as their heroes made their way to Wembley for tonight's final against Italy.

The Three Lions have been based at St. George's Park for the duration of Euro 2020 and have played all but one match at the national stadium. 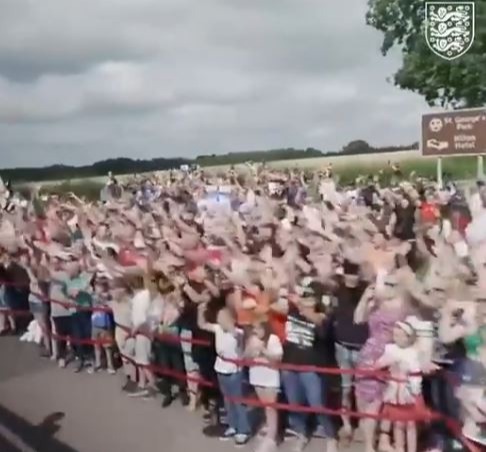 Rows and rows of supporters armed with smartphones and St. George flags lined the streets of Burton, Staffs, on a memorable day for the England team.

Gareth Southgate has restored pride in the national team – a key goal of his when he took over in 2016.

Fans were also present outside the team hotel when the squad arrived on their coach on Saturday.

Italy touched down at Luton airport on Saturday afternoon and almost departed without coach Gianluca Vialli aboard the team bus.

England's opponents are no strangers to Wembley having played at the stadium on two occasions so far in the tournament.

Both matches went to extra-time with the Azzurri grinding out a narrow win over Austria before beating Spain on penalties in the semi-final.

England fans took over London on Wednesday after Gareth Southgate's side secured a spot in the final. 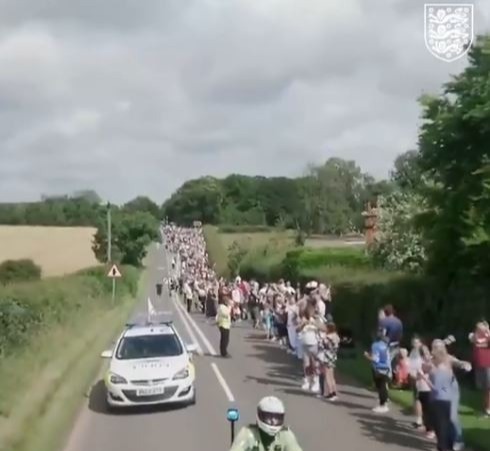 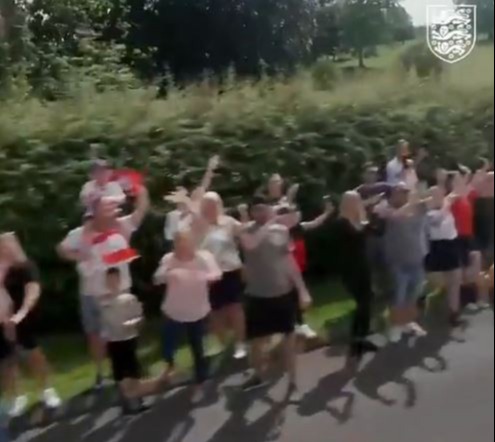 Every inch of Leicester Square was covered by supporters and Piccadilly Circus was a similar scene, with people climbing on top of buses.

The team will be looking to replicate those scenes tonight by beating Italy and finally ending 55 years of hurt.

But whatever the outcome it is clear to see the nation has pride in their football team once more.