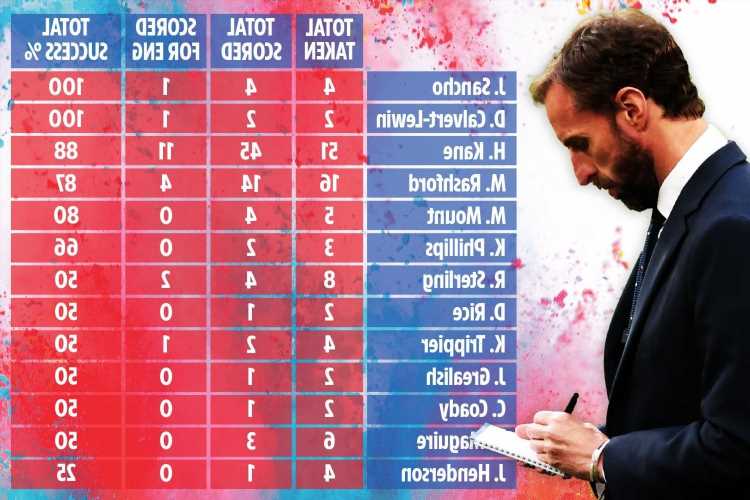 ENGLAND take on Germany in the last-16 of Euro 2020 with fans already dreading the prospect of a penalty shootout.

The Three Lions breezed through the group with wins over Croatia and Czech Republic, as well as a draw with Scotland. 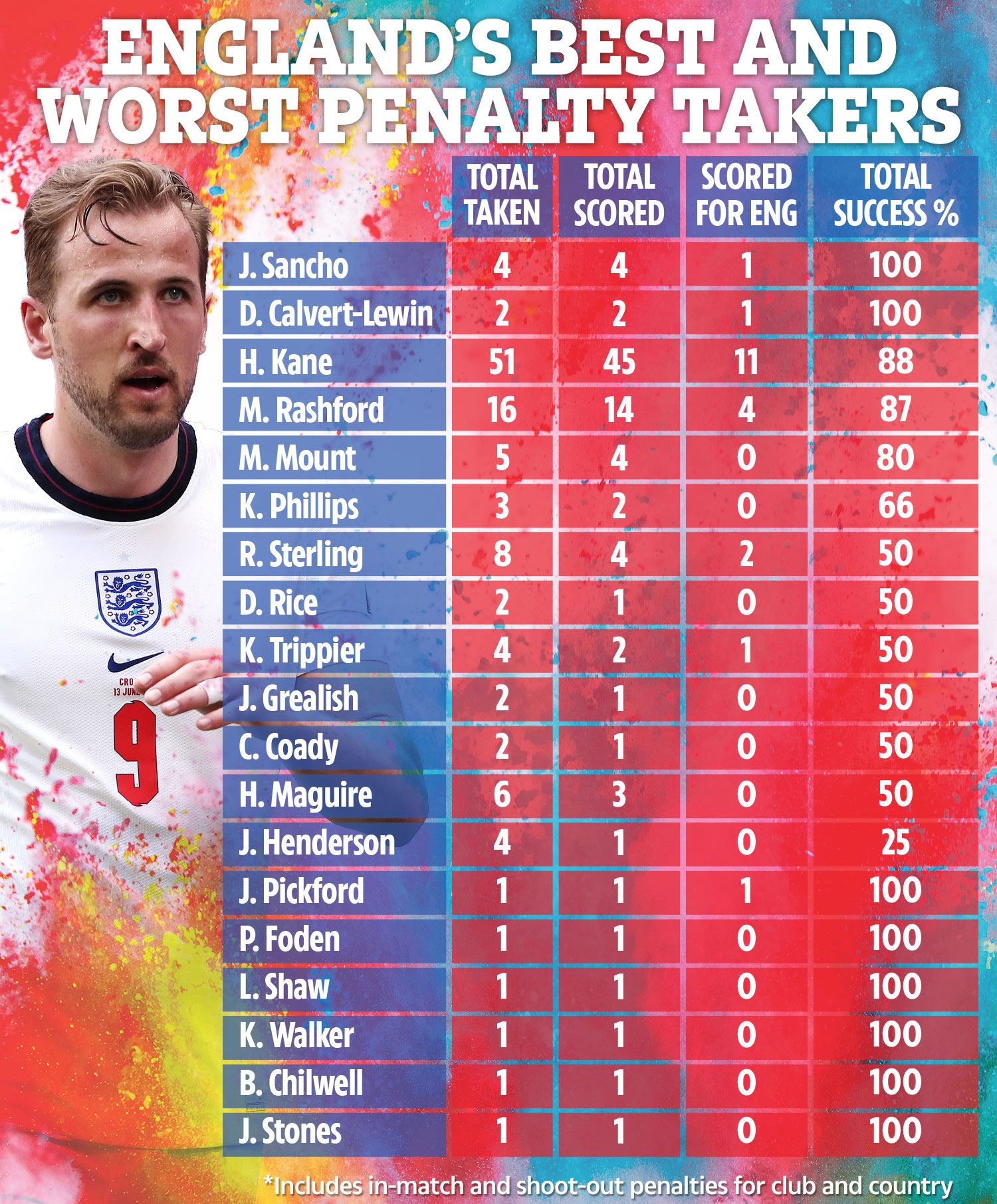 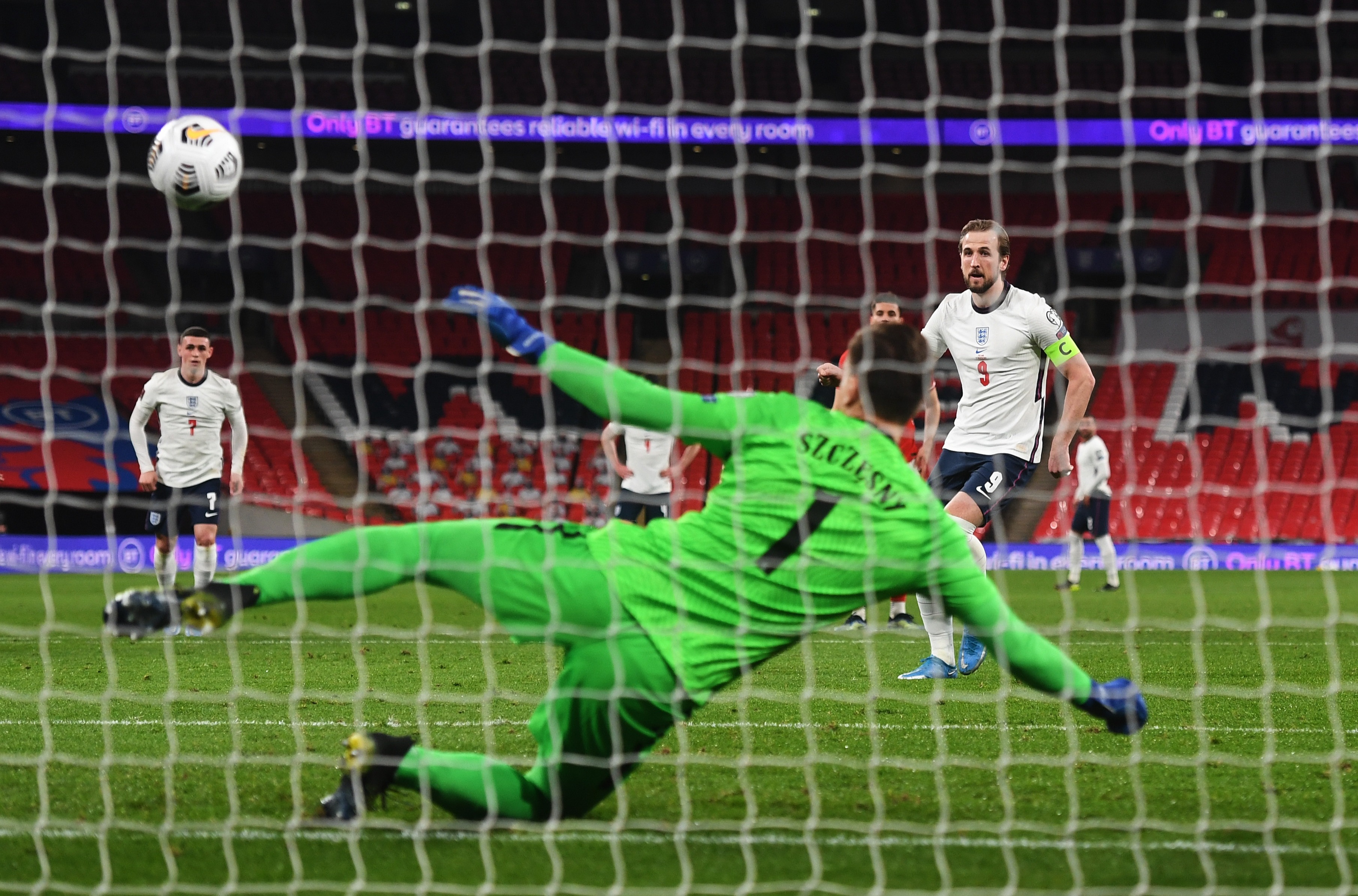 England now know their fate, with an astonishingly friendly-looking route to the final.

Gareth Southgate's squad will face Sweden or Ukraine in the quarter-finals and one of Denmark or Czech Republic – who stunned Holland in the last-16 – in the semis.

But first, they must face arguably the toughest test of all – a game against old rivals Germany at Wembley.

England have an infamously poor penalty shootout record against the Germans, losing in the semi-finals of both Italia 90 and Euro 96 – with now-boss Southgate missing his effort in the latter.

Many of the youthful Three Lions squad weren't alive for the Euro 96 heartbreak on home soil, while only Kyle Walker and Jordan Henderson were born before Italia 90, both by a matter of weeks.

However, Southgate boasts a wealth of spot-taking talent in his squad should Tuesday's clash go the distance and will hope to add to their 2018 World Cup last-16 shootout win over Colombia.

Two players – Jadon Sancho and Dominic Calvert-Lewin – both boast 100 per cent record for their career for club and country.

Sancho has taken and scored four, including one for England – while Calvert-Lewin has two in two, with one of those for his country.

Three more players all boast strong success rates of 80 per cent of higher.

Captain Harry Kane has scored 45 of his 51 attempts (88 per cent), including a staggering 11 for England.

Marcus Rashford has only missed two of his 16 spot-kicks (87 per cent), while netting four for his country.,

Mason Mount has scored four of his five penalties (80 per cent) – all for his clubs down the years, including one for Derby in their shock Carabao Cup win over Manchester United in 2018-19.

Kalvin Phillips has only skewed one of his three efforts (67 per cent) but is yet to take one for his counrty.

From there, things start to get a little dicey, with the next SIX best penalty takers holding a poor 50 per cent record.

Raheem Sterling – who scored both of England's group stage goals from open play – has scored four of his eight efforts, but has netted two for England.

Harry Maguire has netted three of his six club penalties, while Kieran Trippier has missed half of his four spot-kicks, scoring once for England in the 2018 win over Colombia.

Declan Rice, Jack Grealish and Conor Coady has all scored one and missed one for their clubs.

But one player who would likely take a penalty for England may be better off sitting any potential shootout out.

Henderson has scored just one of his FOUR penalty attempts during his career.

The Liverpool skipper has never scored for England in 60 games, part of an exclusive club to win 50 or more caps for the Three Lions without scoring.

Most-recently, Henderson took the ball from Calvert-Lewin – and subsequently missed – in the 1-0 Euro 2020 warm-up win over Romania earlier this month.