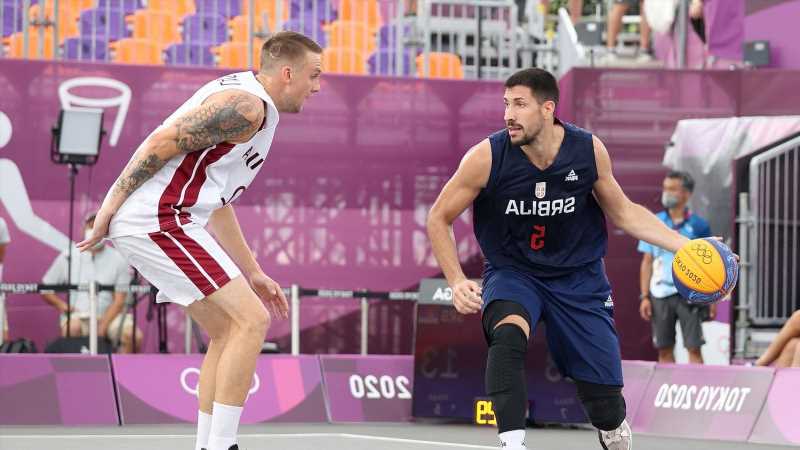 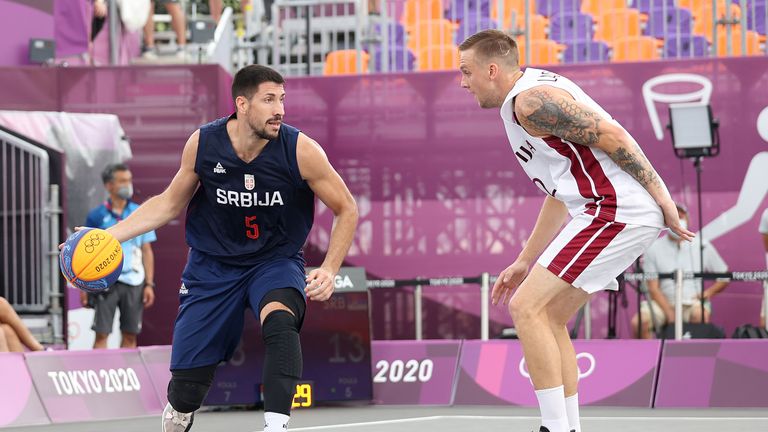 The opening ceremony of the Olympics is typically a much-talked-about affair but this year at Tokyo 2020, Covid-19 restrictions meant the entire event would be closed to spectators, dampening the first day vibes.

It meant attention turned to several new sports at the Olympic Games, which are attracting eyeballs and generating conversation.

The likes of baseball, karate, climbing and surfing bring the sometimes traditional and stuffy Olympics into the modern era, but over the past decade, the sport of basketball has also been adapting to the shortened attention spans. Long considered a make-do for playground pick-up when you’re short on numbers, formalising 3×3 as a discipline was put into motion by FIBA around eight years ago.

Unlike 5×5, which needs greater organisation with at least 10 players and two basketball stanchions, 3×3 is a more universal option, especially to those with a hoop and a lack of players or playing space.

This is especially useful for the UK, where basketball aficionados or courts are sparsely populated, and as a result, the discipline is more relatable to those playing in the corners of tennis courts or in multi-purpose cages after five-a-side football has finished.

One thing FIBA had to establish in its bid to make it an acceptable discipline around the world is coming up with a universal set of rules. In some courts in London you might have to call your own fouls, whereas at another court 15 minutes away, this is not the case. And in Manchester, you might find that once you score, you get the ball back, while the playground across the street gives the ball to the opposition after a bucket.

The governing body has set up its own rules to create a fast-paced, fun game that is largely a non-stop thrill ride for those who want the highlights of a typical basketball game packaged into a 10-minute romp of crazy shots, broken ankles, mad passes and perfect moves.

The shot clock is 12 seconds and when someone scores the opposite team just grabs the ball and the game is live again. Each team has to get behind the three-point line before they can score, but scoring a long distance shot is only worth two points, and everything inside the arc is worth one. Each contest is played until a winner scores 21 points, or the 10-minute time limit is up.

The ball is a size smaller than what we see used in a 5×5 game, though it is the same weight. This allows players to make quicker moves and there are additional mini grooves – on top of the main rivets separating the colour panels – to allow for better ball control and manipulation. This is what attracted FIBA’s main 3×3 commentator Kyle Montgomery to the sport.

He said: “I love so many aspects of the game, especially the open space that allows for isolation plays. It’s the perfect format for crossovers, dunks, dimes, facetime. As a player, I would have loved it. It suits my game. I didn’t know about 3×3 until FIBA approached me with an opportunity to call play by play. They flew me to Mexico City to call my first tournament in 2015 and I saw the potential of the game once the best athletes got a hold of it. I said ‘sign me up’ and six years later, we’re in the Olympics.”

The number one seed for the women’s game is France, closely followed by Russia, and seeding is determined by points, which are partly determined by the amount of games each individual on the nation’s team has played. And while the USA are 13th on the women’s side, you would be hard pressed to find someone betting against Kelsey Plum, Allisha Gray, Stef Dolson and Jackie Young. They are 6-0 heading into Tuesday’s games.

On the men’s side, the USA didn’t qualify for the Olympics, but it would have been a tall task for them even if they had.

Europe has a stronghold for the game of 3×3, with the professional leagues already proving incredibly popular with players from the likes of Riga in Latvia and Serbia’s Liman and Novi Sad being household names. The latter will see three of the top five ranked players in the world suit up for their home country – Aleksandar Ratkov, Mihailo Vasic and Dusan Bulut – and they will be the favourites to take gold. They too hold a perfect 6-0 record so far.

Tokyo has the Bullet train, but we have brought our own Bulut 🇷🇸 to the party #3×3 #Tokyo2020 pic.twitter.com/KkMpyQmnM5

He believes the discipline will open up opportunities for new countries outside the traditional podium finishers and said: “Ever since its genesis, 3×3 has been intended to push the game of basketball into new boundaries to be an accelerator to the development of traditional basketball worldwide, as well as a discipline that offers a chance to lower-ranked basketball nations. This is shown perfectly at this year’s Olympics, where Mongolia women or Belgium men are enjoying their basketball debuts.”

The beauty of 3×3 is you only need four players (including a sub) to compete at the highest level, and while Britain has often struggled with depth to stand alongside some of the international giants, the country can throw out four players who stand up alongside the best from other nations on most days, especially in the women’s game.

Britain sent men’s and women’s teams, at a senior level and in U23 categories, to qualify for a place in the Europe Cup and while the men missed out on the chance, the women’s side – made up of Tèmi Fágbénlé, Chantelle Handy, Shequila Joseph and Shanice Brandi Norton – went undefeated and beat a previous champion in the process.

Their success is inspiring the next generation of young women to take up the game. Loren Christie said: “They’ve already proven to be a problem for any team they go up against, so I think they’re going to compete with everyone at Europe Cup.”

Christie only started with 3×3 last year after growing up playing 5×5, but has already become the highest ranking British woman. She said: “I really like both: 3×3 is a fast pace but there’s so much more room for creativity and enjoyment. It gives players the room to become more versatile.”

It is still a new discipline for Brits, but the BallOutUK Tour being sponsored by Red Bull is becoming a must-see event, as the home nations’ governing bodies are investing in the sport.

Whether it’s at the Olympics, on FIBA’s international stages, or at the professional level with the growth of leagues around the world and the BIG3 in the USA, 3×3 basketball is quickly becoming the most fun sport in the world.