PATRICE EVRA has confirmed he is doing his coaching badges at Manchester United… but is not yet working with his former club.

The former left-back wants to stay in the game after hanging up his boots following a final swansong at West Ham last season. 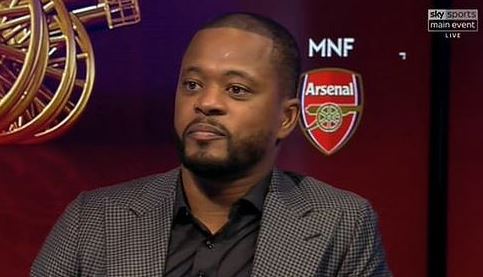 Evra, 38, had made no secret that he is pursuing the next chapter of his career at the Red Devils where he enjoyed eight years as a player.

Alongside a picture of him kissing the badge, he had previously tweeted: "I think it’s time to get our hands dirty! @ManUtd board, are you ready to let us help you guys…?”

But he used his appearance on Monday Night Football to clarify that he was not yet working for United but insists that he has held important talks over a future role.

Speaking in the Sky Sports studio, Evra said: "I just retired like five weeks ago and I said maybe I will [just] enjoy life but no, I’m doing my coaching badges with Manchester United.

"But I want to make it clear because people think I’m already working for United but no.

"There’s been some talk but no I’ve just been doing my coaching badges.