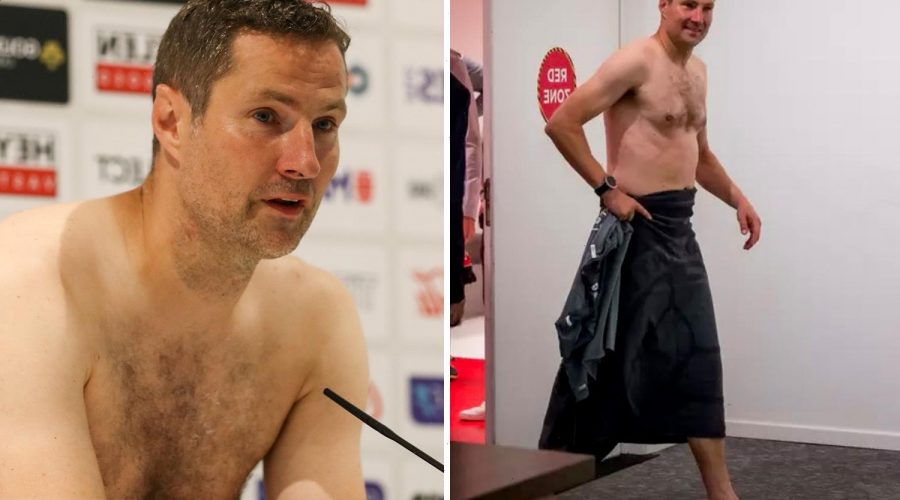 ROYAL ANTWERP coach Brian Priske has given his most revealing interview yet…by turning up to a press conference NAKED.

The 44-year-old had promised to appear naked at Antwerp's post-match press conference if they qualified for the Europa League group stages, the Greek City Times reported. 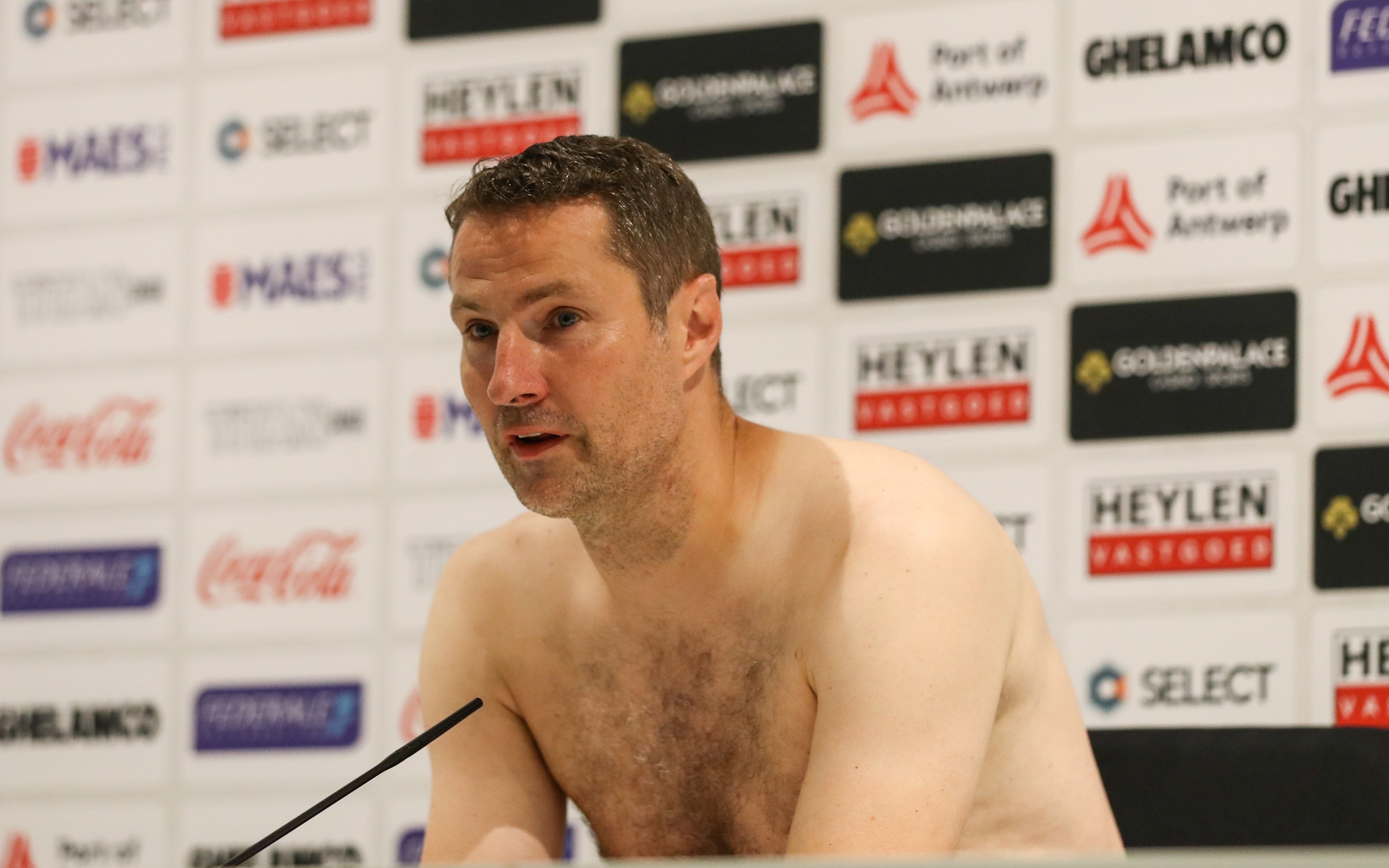 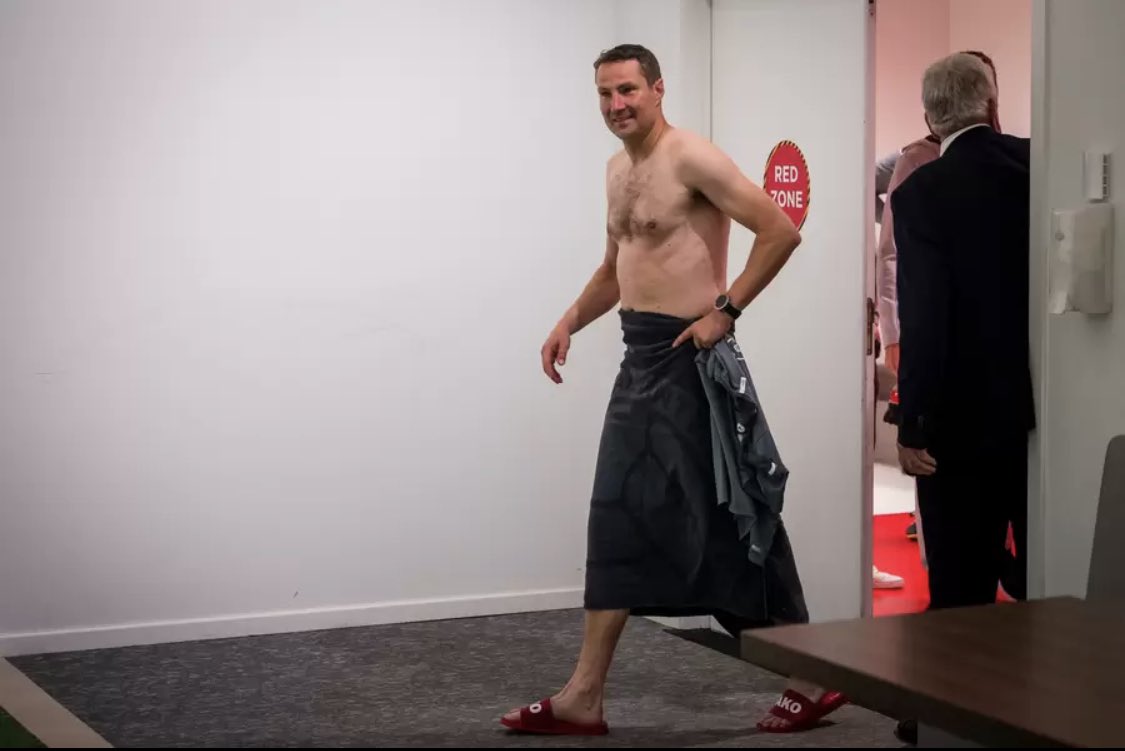 And the Danish 24-cap international celebrated in unique fashion after leading the Belgian outfit to Europa League success over AC Omonia.

Antwerp beat the Cypriots 3-2 on penalties on Thursday after winning 2-0 to overcome a 4-2 first leg loss.

Afterwards the Danish boss stunned assembled media by turning up for the post-match conference starkers – with just a towel to preserve his modesty.

Priske told reporters: "I'm sorry, folks. I made a bet with my players before the game.

"I told them that if we won, kept a clean sheet and went through, I would give my press conference naked.

"We did it. That is football, that is life – passion.

"It was an incredible game. We did all we could to win 3-0 in normal time.

"There was lots of quality and commitment, and in the end we deserved our win on penalties."

Priske took charge of Antwerp in May after leaving home-country club Midtjylland.

The Danish former defender spent the 2005-06 season in the Premier League with Portsmouth.

Priske made 30 Portsmouth appearances and played a key part in them ensuring Prem survival in 2006.

He also played for Belgians Genk and Club Brugge as well as six clubs in Denmark and Norway.