Swimming champion Ellie Cole has been named Australia’s flag bearer for the closing ceremony on Sunday after becoming Australia’s most decorated female Paralympian during the Tokyo 2020 Games.

The 29-year-old won a silver medal and a bronze medal in Tokyo to take her career haul past the 16 won by swimmer Priya Cooper. 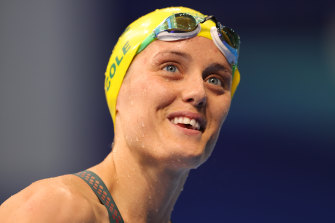 “To be able to say my final farewell to our Paralympic team by representing them in what I consider to be one of the highest honours bestowed upon an athlete, it really is an honour. I’m honestly speechless,” Cole said.

As an infant, Cole underwent chemotherapy to treat cancer, but the treatment was unsuccessful and her leg was amputated. She soon turned to swimming despite originally wanting to be a ballerina.

Australian Paralympic team chef de mission Kate McLoughlin said the honour for Cole was timely given her announcement that the 2020 Games would be her last.

“Her achievements in the pool speak for themselves. But her contribution goes way beyond the many medals she’s won,” she said.

“Ellie has spoken passionately about the value of sport for people with an impairment and the importance of equal opportunities, as well as advocating for better recognition of our elite athletes.”