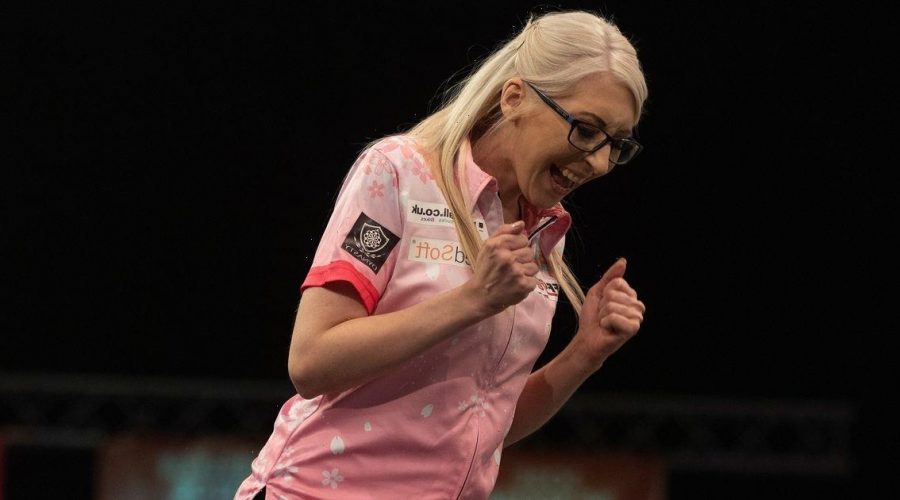 More women than ever are taking up darts after Fallon Sherrock urged them to get throwing.

Girl power is taking over the oche following the 25-year-old’s shock successes this year.

The single mum to five-year-old Rory made history after becoming the first woman to beat a man at a world championship.

And now, experts say they have seen a massive surge of women wanting to give the sport a go.

Steve Brown, chairman of the Junior Darts Corporation, said: “Fallon’s journey in the World Championships has heralded a new era for the sport.

“We have already seen an influx of girls both playing and interested in taking up the game.

"It is this sort of development that bodes well for decades to come and, hopefully, the first-ever ladies and girls competing for major titles.”

It also comes after “Lancashire Rose” Lisa Ashton became the first female to win a match at the UK Open since 2005.

And it isn’t just sign-ups that are on the increase.

Sports retailers say more women than ever are coming in to purchase starter kits.

Has Fallon Sherrock inspired you to take a greater interest in women in darts? Let us know in the comments section.

Don't miss a thing with our football updates!

Want to be on the ball with all of the latest football news?

Well then sign up for the brilliant Daily Star football email newsletter!

From the latest transfer news to the agenda-setting stories, get it all in your email inbox – don't miss a thing.

It only takes a matter of seconds.

Simply type your email address into the box at the top of this article and hit 'subscribe'.

And that's it, job done. You'll receive an email with all of the top news stories every single morning.

You can find out more information on our email newsletter on this link here.

Richard Bryce, owner of chain JW Sportswear, said “More and more women are coming in and buying sets, so much so we have had to stock more girly coloured darts sets because they were selling out.

“It also seems to be a popular Christmas present, with men buying their partners their first darts so they can play together.

“There has definitely been a massive increase in female interest, that’s for sure.”

Fallon, who takes part in the William Hill World Darts Champion-ships at London’s Alexandra Palace this week, has spoken about her joy at encouraging women to give it a go.

After her historic PDC World Darts Championship defeat of Ted Evetts in 2019, she told the crowd: “I have proved that we women can play the men and we can beat them!”