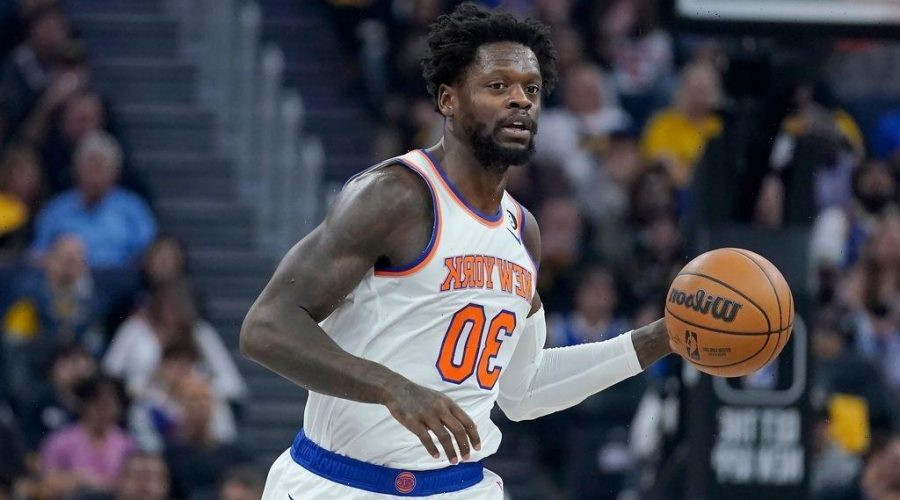 Same Game Parlay Position: The Suns find themselves in a rather unique spot: big favorites coming off of a back-to-back. So what do we do about it? Since the beginning of last season, teams favored by more than five points that played the night prior are just 44-58-3 ATS (9-15-2 this season). Looking to go all-in on this trend, thus backing the Wizards? If so, it’s worth noting that in five of six Washington road covers, unders have hit and that in five of six Phoenix home ATS losses, unders have hit. Wizards and the Suns team total under … who’s with me?

​​Doubting Denver: Tonight, likely will be the 17th time during Nikola Jokic’s run of dominance over the past two-plus seasons in which his Nuggets are a home ‘dog and the ‘books are usually right in this spot. The Nuggets are just 5-11 ATS in those spots and in their 11 ATS losses, over tickets have cashed nine times.

​​Rookie Center Showdown: Walker Kessler is a rim-protecting force for the Utah Jazz. After all, Kessler won National Defensive Player of the Year after posting an absurd 4.6 blocks per game for Auburn in 2021. Kessler started in place of an ailing Kelly Olynyk last night in a loss to the Cavaliers and could do so again tonight in Detroit, making him an awesome plug-and-play for those seeking swats. The Pistons have also turned to their rookie rim protector, Jalen Duren, who has started the past five games for Detroit and impressively averaged 13.8 rebounds with solid defensive rates. For those seeking strong streaming options or cheap DFS plays at center, these rising rookies qualify. ​​​

Deni Day: Washington has lost 10 straight games, but a rare bright spot for the Wizards has been the ascent of third year forward Deni Avdija. An uptick in shooting and playmaking success has Avdija averaging four dimes over his last seven starts to go with 10.1 points and 6.6 boards per game over this sample. Given his ability to produce full statistical lines, Avdija (92% available in ESPN leagues) faces a Phoenix team tonight missing depth in the frontcourt.

Get Grimes: The surging Knicks host the reeling Warriors in Madison Square Garden this evening. One key standout for New York during its rousing seven-game winning streak has been second-year guard Quentin Grimes, who has thrived since joining the starting lineup around a month ago. During his past six games, Grimes has averaged 13.8 points, 4.8 rebounds, 2.8 3-pointers, and 1.8 combined blocks and steals as an effective two-way contributor for Tom Thibodeau. Rostered in just four percent of ESPN leagues and priced at $4,800 on DraftKings ahead of tonight’s matchup with a Golden State team that has allowed the third-most fantasy points per game to shooting guards, Grimes is primed to produce.

Game of the night

Best bet: Julius Randle and Mitchell Robinson over 9.5 rebounds. Randle reached double-digit rebounds in each of his past three games, and has averaged 10.6 rebounds in December, his best month yet. Robinson has averaged 10.1 RPG this month and had a 20-rebound game in the final day of November. The other factor here is that the Warriors are terrible in road games, especially on defense. Look for Randle and Robinson to get all the boards they want. – Eric Karabell

Breaking down the rest of the slate

Best bet: Ja Morant over 1.5 3-pointers. Morant has exceeded this line in six of his past ten games and the Nuggets have allowed the third most 3-pointers to point guards this season. — Eric Moody

Questionable: Kelly Olynyk
Ruled Out: Collin Sexton
Note: BPI numbers factored in players who are ruled out but assumes questionable players will play

Fantasy streamer: Jalen Duren (rostered in 14% of leagues). Duren has topped 30 fantasy points in three consecutive games as he piles on the rebounds. In fact, the rookie has reached double-digit rebounds in six consecutive games and while his offensive game remains raw — he is a teenager, after all. Duren generally makes the field goals that he does take and faces a Utah front line that will likely be missing starter Kelly Olynyk (ankle). — Karabell

Best bet: Lauri Markkanen over 30.5 points + assists + rebounds. Markkanen has been superb this season averaging 22.3 PPG, 2.2 APG and 8.3 RPG. He should succeed against the Pistons team that has allowed the second most PPG to power forwards this season. — Moody

Best bet: DeMar DeRozan over 25.5 points. This is a relatively high number and near DeRozan’s season average, but he’s also topped it in five of the past six contests. The Bulls play a more open style and try to keep up with the myriad points they’re permitting. The Bulls recently allowed 150 points to a Timberwolves offense missing several key pieces. DeRozan has to score for Chicago to keep up. — Karabell

Best bet: Jimmy Butler over 33.5 points + assists + rebounds. The Heat will be shorthanded tonight which will result in a ton of usage for Butler. In addition, he is playing against his former team. Butler has averaged 35.8 PAR against the Bulls in his career. — Moody

Fantasy streamer: Damion Lee (rostered in 1.0% of ESPN leagues) is on the streaming radar. With Devin Booker and Cameron Payne out, Lee will play a lot of minutes. He has averaged 15.5 points, 6.3 rebounds and 2.3 assists per 40 minutes. — Moody