STEVE McCLAREN is thankful to this day that Sir Alex Ferguson ignored his advice.

Twenty years on, Manchester United’s stars recall fondly the events from the incredible night that sealed a historic Treble in 1999. 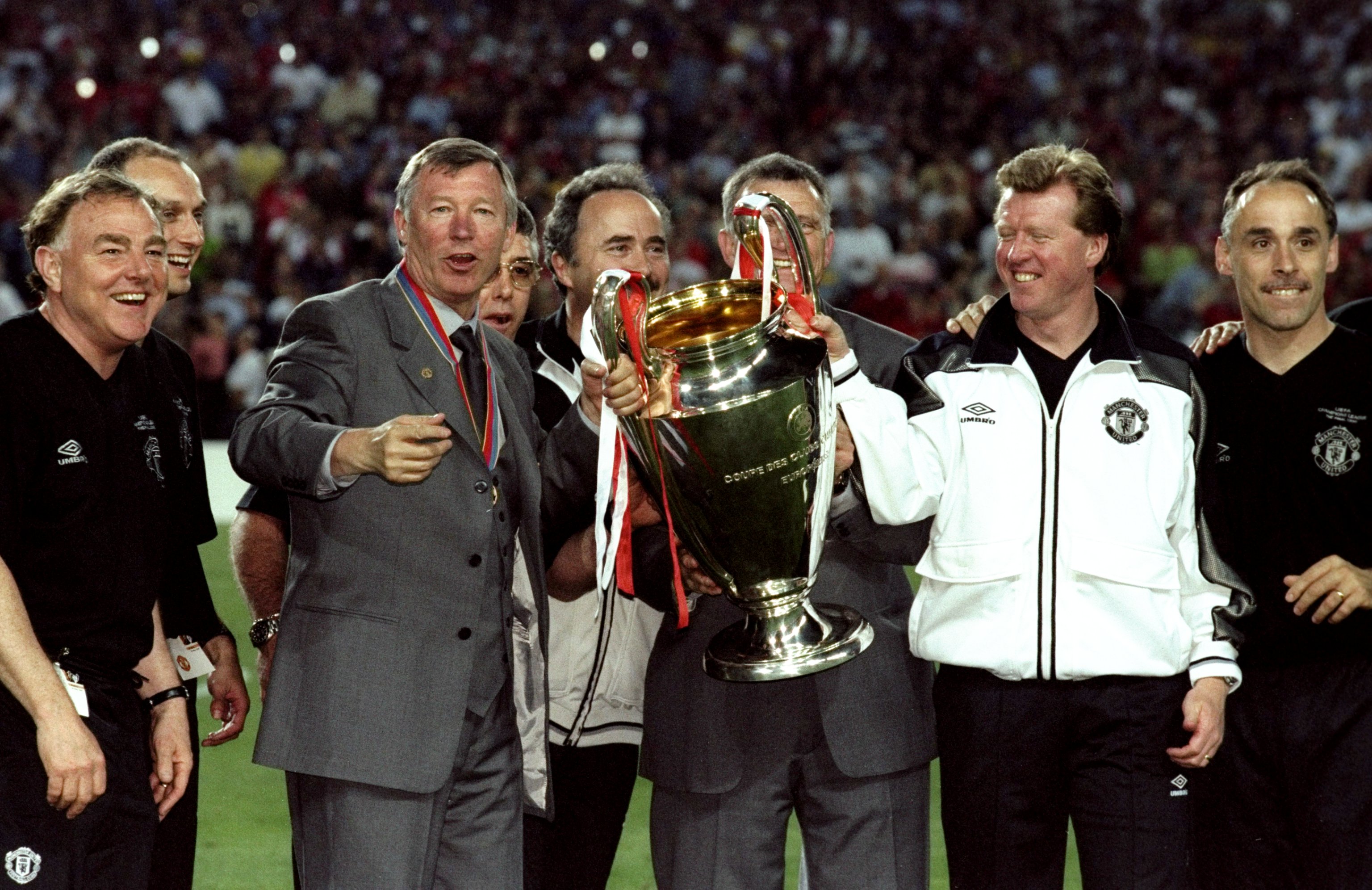 After Teddy Sheringham’s 91st-minute goal made it 1-1 in the Champions League final against Bayern Munich in the Nou Camp, Fergie’s assistant McClaren recommended caution.

But with extra-time moments away, the boss put McClaren in his place before Ole Gunnar Solskjaer sealed a 93rd-minute win on May 26.

McLaren said: “We had four attackers on. Once we scored I said to the gaffer, ‘Are we going to put ourselves into a more balanced shape? Let’s regroup, think about extra-time.’

“He just said, ‘sit down Stevie, sit down — this game isn’t over yet’.

“That’s what he had, that perception and feeling he knew what was going to happen.”

That’s what he had, that perception and feeling he knew what was going to happen

Sealing the Treble completed a magical 10 days for United, wrapping up the league on the final day against Tottenham before beating Newcastle 2-0 in the FA Cup final.

Striker Sheringham was man of the match at Wembley having scored after coming off the bench early for an injured Roy Keane.

But despite the heroics, he was benched for the European showpiece in Barcelona.

He said: “I thought, OK, maybe I’ve still got a part to play, that I must stay focused.

“Losing 1-0 at half-time, as Sir Alex finished his speech he said I’d be going on if it stays like it is the next 15 minutes.

“So I’m asking myself if I want us to score. If we do I might not get on.

“I was a pro footballer and wanted to be involved in the biggest moments. I didn’t want to watch. I could do that the rest of my life.

“I scuffed it into the net, with the best scuff I’ve ever scuffed.

“Then for the next corner I was buzzing and felt I could jump 10ft. I just tried to help it into the danger area. Ole then stuck his right foot out an the mad celebrations started.”

Andy Cole, who was taken off for Solskjaer, said: “They hit post and bar, we got two of the scruffiest goals in Champions League final history. It was written in the stars.”

A special talkSPORT show — 20 Years After The Treble…The Story of How it Happened — with a host of stars will air tonight at 9pm.