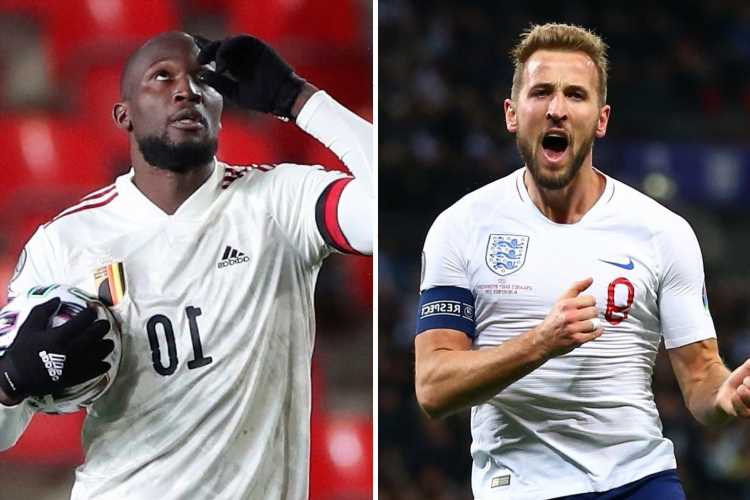 AFTER more than a year of waiting, Euro 2020 is finally here.

Italy face Turkey at the Stadio Olimpico tonight as the delayed tournament finally clicks into gear, with England starting their campaign on Sunday.

With the Three Lions, Wales and Scotland making it from the Home Nations, there's a whole host of betting opportunities – and SunSport are on hand to find you the best.

BoyleSports' bet of the day

Group F hasn't been christened this tournament's Group of Death for nothing.

The reigning world champions, reigning Euro champions and 2014 World Cup winners all in together.

And let's not forget Hungary either, who must be cursing their luck.

Germany, France and Portugal are all set to battle it out in what could be a terrific group stage, with Joachim Low's Germans facing the French in the opener.

We're all about value with our ante-post selections and we're confident Deschamps side go far in this year's tournament.

Winning this group will likely evade England in the knockouts – and that will be a major incentive to win all three games and get on the right side of the draw.

Germany are a team in transition and not the force they once were, with Low's reign coming to an end following the tournament.

Portugal meanwhile are relying on a 36-year-old Cristiano Ronaldo to drag them through.

But even CR7 isn't a miracle worker and by far the most complete squad in the group is France.

Unlike five years ago at Euro 2016, there's been no big casualties in the qualifying stages.

With all the big guns intact, expect this to be a tournament that grabs you by the throat and keeps you stuck to the sofa.

It's tough to split the top five in the market, with France, England, Belgium, Germany and Spain the front runners.

And that's before we even get onto Portugal, Italy and Holland.

We're not going to deter you from a patriotic punt on England (5/1), with the Three Lions – for the most part – playing on home soil throughout.

This could prove a huge advantage as Wembley is such a fortress for Southgate's side, with just two defeats there since 2014.

But we feel this youthful England side is a couple of years too early to end all those years of hurt – and therefore our pick for overall winner are reigning world champions France (9/2).

The overall depth of their squad if phenomenal, with a spine of world-class players all peaking at the right time.

They are there to be shot at as the world champs, but Didier Deschamps has a wealth of talent at his disposal and has the added bonus of bringing back Karim Benzema from the cold.

Ante-post they're a terrific price at 5/1, mainly due to having Germany and Portugal in a tricky group.

That price plummets if and when they beat a young German side in transition in their first match – so don't miss out.

There's a clear front-runner in the market here – and Harry Kane deserves to be.

The 2018 World Cup Golden Boot winner was the top scorer in this season's Premier League with 23 goals.

In international competition, a tie in the goalscorer standings are decided by the amount of assists a player has.

And that's why Kane is such a good bet even at a paltry looking 5/1 – he's a playmaker as well as a marksman, bagging the most assists in the Prem this campaign.

If you're looking for longer value, France's returning veteran Benzema is a terrific bet at 16/1.

Back on the international scene for the first time in five years, the Madrid forward finished second to Messi in the LaLiga scoring charts this season.

France are sure to go far and Benzema will line-up alongside Kylian Mbappe and Antoine Griezmann. Terrifying.

For Madrid this term, he's scored two or more on seven occasions and despite his advancing age continues to dominate defences.

Player of the tournament

Is this tournament finally the time for Belgium to fulfill their potential?

Beaten semi-finalists in the World Cup three years ago, the Red Devils have the market leader for player of the tournament in their ranks.

Value is the name of the game and we expect Belgium to cruise through the group stages with only Russia, Finland and Denmark in their way.

And they will look to former Man Utd and Chelsea forward Romelu Lukaku for goals.

The 28-year-old striker has been a revelation for Inter Milan since heading to Italy, netting over 60 times in two seasons.

Belgium scored 40 in just ten qualifying matches in the run-up to this tournament, including putting four past Russia in November.

Lukaku netted seven goals altogether in those 10 matches, as well as laying on three assists.

In the form he's been in domestically and for his country this term, 33/1 is a price we're taking all day long.

There's attacking talent all over the pitch for Belgium and we're more than happy for you to have a play on them to be the highest scoring team at 5/1.

But we're going to be siding with France again here.

Their attacking options are phenomenal and 11/2 on them being top scorers looks long – especially as we're backing them to go all the way to the final and lift the trophy.

Deschamps men plundered 25 goals in 10 qualifying games, taking their foot off the gas in the later rounds.

Go with head over heart and choose them over England to be top scorers this summer. No brainer.

So, who does a Wales this time round?

It was a valiant run to the last-four by the Welsh five years ago in France, with Hal Robson-Kanu's goal against Belgium one of the standout moments of a terrific summer.

You can get 12/1 on the Dragons repeating the trick this time round, but we're not overly convinced despite Gareth Bale's recent upturn in form.

As a viable outsider – but still at a good price – we reckon Denmark could be the surprise side of the summer. 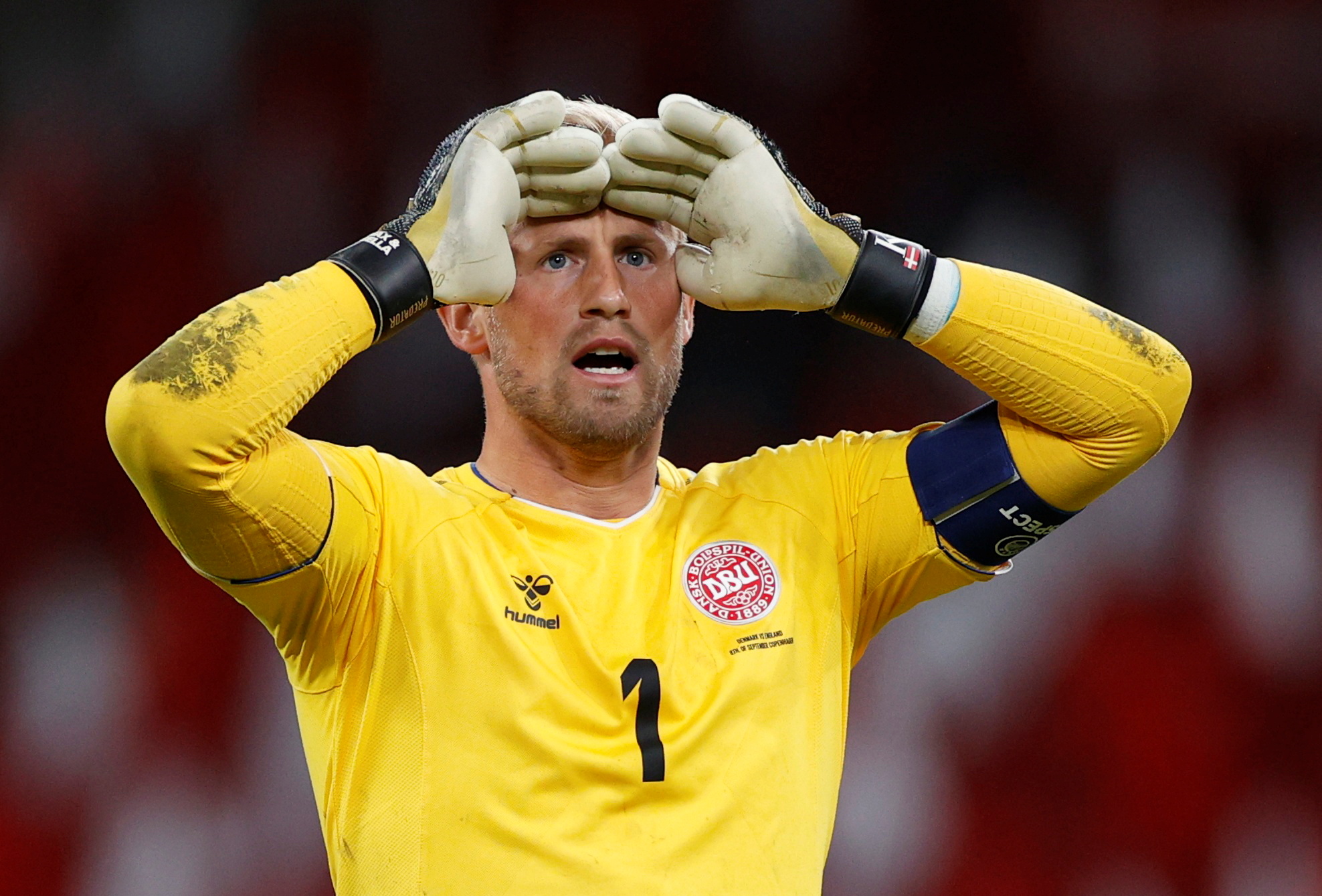 The Danes look a real team under Kasper Hjulmand, beating England at Wembley in the last year and staying in Group A of the Nations League.

Alongside Belgium, Russia and Finland in Group B, they have a terrific change of getting through to the knockouts.

And they will have a big advantage in those games, playing in front of a home crowd in Copenhagen.

The way the group system falls, Denmark could finish second and come up against Wales in the last-16.

Their route to the quarter-finals doesn't look as tough as some, making them the value tip of the tournament to squeeze their way into the last-four.