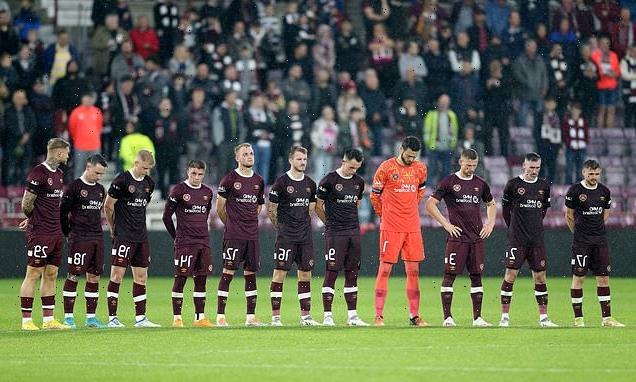 Fans shouted obscenities and failed to hold a minute’s silence at a match between Hearts and Istanbul Basaksehir, following the news of the Queen’s death.

The European Conference League match held at Tynecastle Stadium in Edinburgh kicked off at 5.45pm on Thursday evening before a tannoy announcement was made as the teams returned to the pitch at half time that Her Majesty The Queen had passed away.

Fans at the match, which was broadcast live on BBC Scotland were instructed that a minute’s silence would be held ‘beginning and ending with the referee’s whistle’ before the second half could kick off.

But after one fan shouted, ‘F*** the Queen’ others began to shout abuse in their direction.

Fans on opposite terraces argued as the minute’s silence began and when some began singing God Save The Queen others began booing.

Though both teams and official’s observed the mark of respect the minute’s silence descended into chaos.

One fan said: ‘It was a really bad idea in the first place but it was embarrassing. 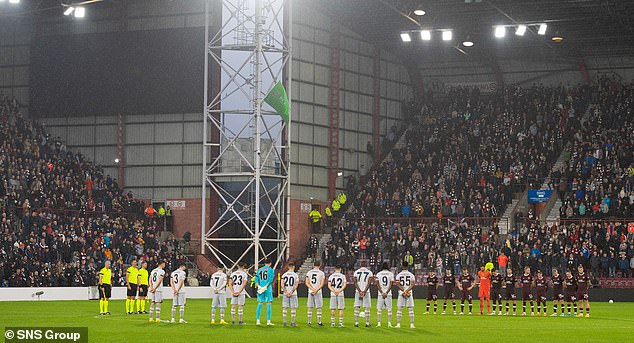 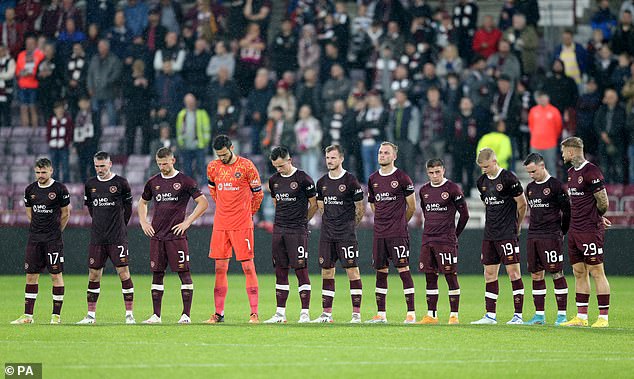 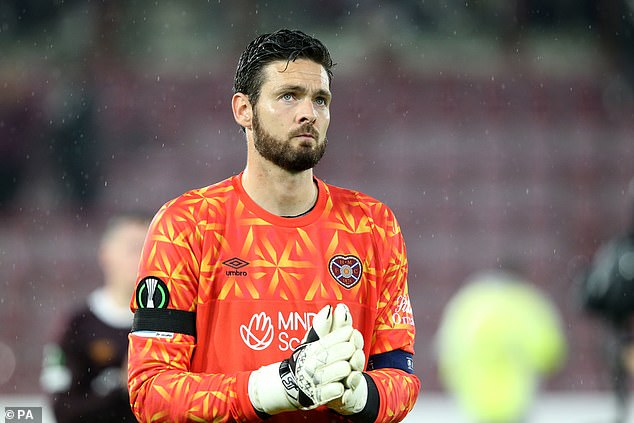 ‘Some people booed, some swore and hurled obscenities, some tried to adhere to the minute’s silence. Others sang God Save The Queen. It was a total mess and not very respectful considering our beloved Queen has died.

‘Whatever you think about the monarchy she served our nation for 70 years.

‘She’ll be laid to rest in Edinburgh tomorrow and people behave like this. It beggars belief.’

Other fans began singing ‘God Save The Queen’ but that too was met with booing from the crowds.

Many took to social media to blast the ‘shocking behaviour’. 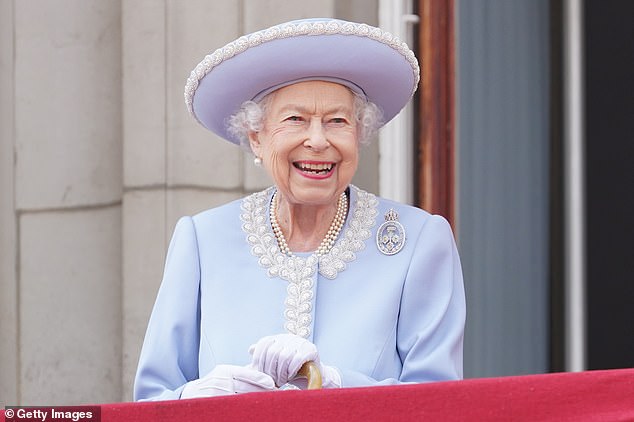 Queen Elizabeth II has died at the age of 96, with the British sporting schedule set to halt 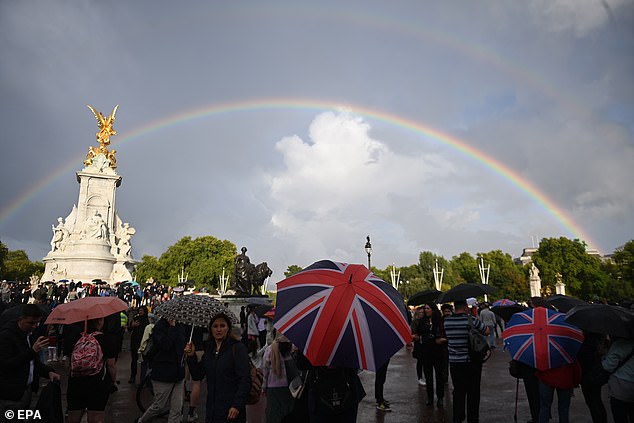 One person described it as ‘disgusting’ while another fan said it was an ‘absolute disgrace’.

The death of the Queen in Scotland has triggered contingency plans known as Operation Unicorn.

Part of the long-held so-called London Bridge arrangements for the aftermath of Elizabeth’s death, Unicorn sets in motion additional ceremonial events in Edinburgh ahead of the logistics of moving the Queen’s coffin back to London.

The Earl Marshal who is in charge of the plans will, along with royal aides and the Government, be rapidly adjusting the overarching timetable to incorporate the Scottish element, as the military, clergy and police turn their attention to the immense practicalities.

WHICH SPORTING EVENTS HAVE BEEN AFFECTED FOLLOWING THE DEATH OF THE QUEEN?

Manchester United’s Europa League clash with Real Sociedad at Old Trafford and West Ham’s game against FCSB in the Europa Conference League at the London Stadium went ahead on Thursday evening with pre-match tributes.

The Northern Ireland Football League announced that Friday night’s matches between Cliftonville and Glentoran and Larne and Dungannon have been postponed.

The English Football League also confirmed that Friday night’s Championship game between Burnley and Norwich and the League Two match between Tranmere and Stockport had been postponed, with a decision on Saturday’s fixtures yet to be made.

Friday’s play between England and South Africa men at The Oval, along with all scheduled matches in the Rachael Heyhoe Flint Trophy, will not take place.

Northampton announced the postponement of their Premiership Rugby Cup clash against Saracens scheduled for Thursday evening.

The Scottish Rugby Union has postponed all domestic competitive games this weekend as a mark of respect and the women’s summer Test international between Scotland and Spain on Sunday is also off.

Play was suspended for the day at the BMW PGA Championship and there will be no play on Friday.

Sunday’s Italian Grand Prix will go ahead as scheduled with a minute’s silence planned before practice on Friday and another expected before the race.

Racing at Southwell and Chelmsford on Thursday evening was abandoned. The British Horseracing Authority also announced the meetings scheduled for Friday – including the third day of the St Leger meeting at Doncaster – have also been cancelled.

The Great North Run, the world’s largest half-marathon, is set for Sunday. Organisers cancelled its 5k sister event on Friday, with a decision of the main race due on on Friday.

Friday’s Tour of Britain stage was promptly cancelled and later on Thursday evening the rest of the tour, which was set to finish on the Isle of Wight on Sunday, was called off entirely.

The Royal Family has already made the urgent dash to Balmoral, with Charles – the new king – and the Queen’s other children the Princess Royal, the Duke of York and the Earl of Wessex at the monarch’s bedside.

As preparations get under way for the funeral, the accession process for a new head of state begins immediately.

Prince Charles, 73, is now effectively king although protocol dictates that he is proclaimed as the new monarch the day after the Queen’s death.

This will take place at a meeting of the Accession Council, which usually gathers at St James’s Palace in London. The codename for King Charles’s accession to the throne is Operation Spring Tide.

Members of the royal family will be expected in the coming days to hold a poignant vigil around the Queen’s coffin in St Giles’ Cathedral in Edinburgh.