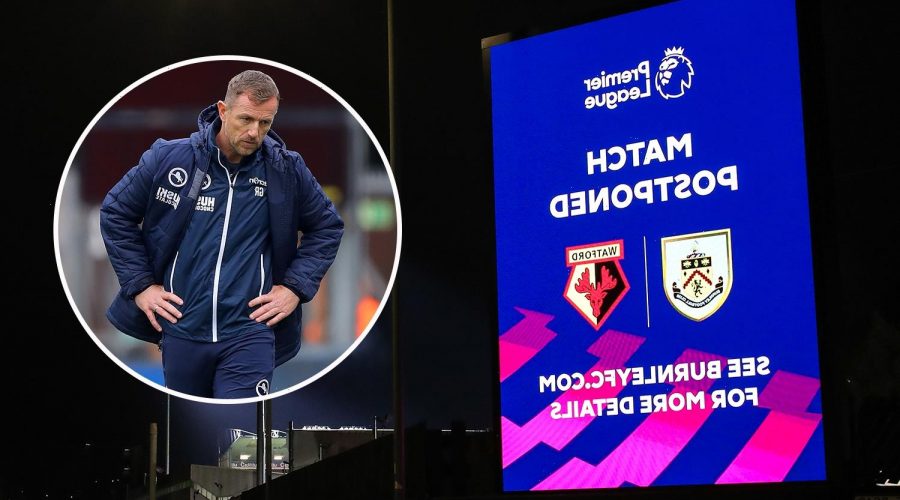 FOOTBALL’S Covid crisis is spiralling out of control.

Burnley’s Premier League home match against Watford was called off last night less than THREE hours before kick-off — following an outbreak in the Hornets’ squad. 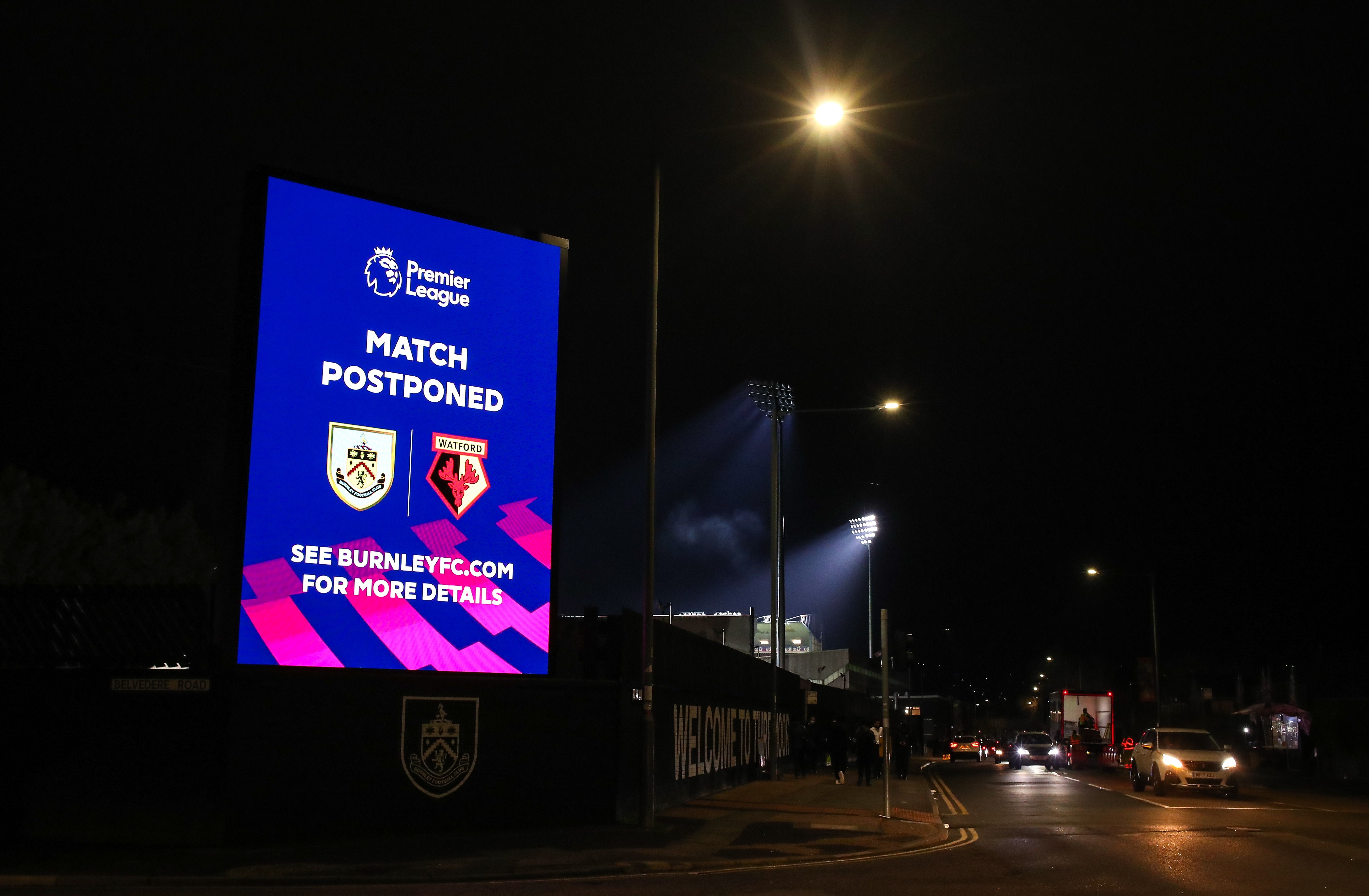 And Prem chiefs also turned down requests from other top-flight clubs to scrap fixtures this week.

Leicester boss Brendan Rodgers is fuming that tonight’s home clash against Tottenham has NOT been called off — even accusing League bosses of showing bias towards the bigger clubs.

On the day the UK recorded its highest number of daily Covid cases — 78,610 — since the beginning of the pandemic, several more Prem matches this weekend were under threat.

And there are serious fears this could wipe out the festive programme, leaving the sport in crisis.

Watford’s home clash against Crystal Palace on Saturday is in doubt as a result of last night’s Turf Moor cancellation — due to the high number of first-team players involved. 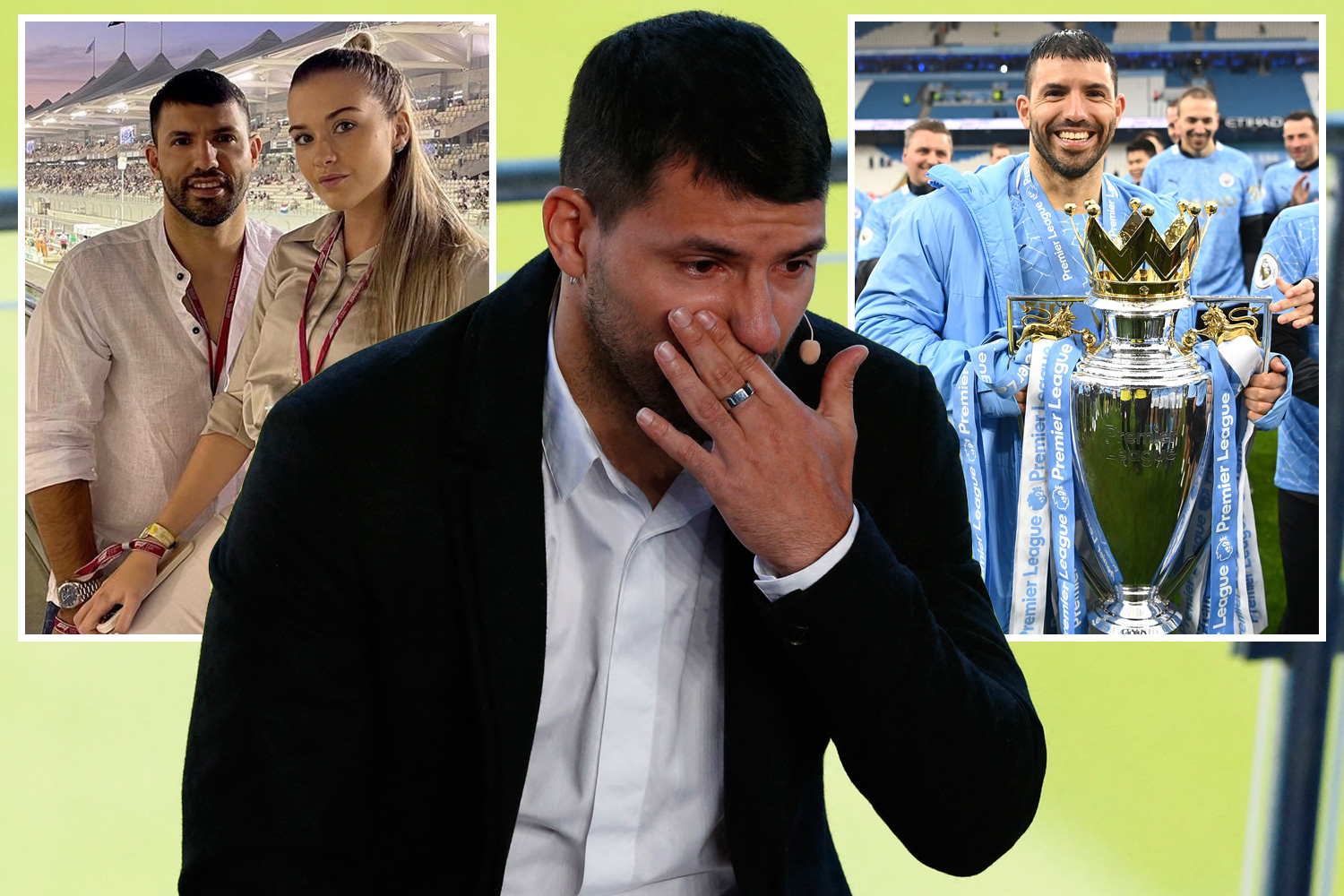 Manchester United, whose match at Brentford was called off late on Monday night, remain in talks with the Prem over hosting Brighton at the weekend.

It is believed the Red Devils had 19 positive cases across players and staff, which forced the closure of their Carrington HQ on Tuesday.

Under League rules, matches should be played unless clubs have fewer than 14 first-team players. But exceptions are made, including having no fit keepers.

A final decision is taken by the Premier League board, with each call on a 'case-by-case' basis.

Rodgers’ Foxes are without NINE first-teamers due to Covid and injuries — and have no recognised centre-backs.

But the Prem rejected their bid to have today’s clash with Spurs scrapped.

When asked about the issue of bias, Rodgers said: “You’re on the right lines.

“For the integrity of the competition it’s important but I’m pretty sure games will have been called off where teams have had less players unavailable than what we have.

“We weren’t given that privilege, so it would be nice if there was more clarity around that.”

Rodgers also believes Tottenham have an advantage as their fixture with Brighton was canned last weekend. He added: “One hundred per cent, yes.”

Spurs boss Antonio Conte, who also saw last Thursday’s Europa Conference League game with Rennes called off due to virus in their camp, fears it could be weeks before his side return to normal.

Conte says it will be ‘strange’ to face Covid-hit Leicester, although Tottenham had 16 players who trained yesterday.

We are having problems post-Covid

The Italian added: “We have to do what the Premier League tells us. Last week, I was frustrated and nervous to have players suffer Covid. Now we have not got any players with Covid — but we are having problems post-Covid.

“The problem is the way that Covid affects your body and surely we have to pay great attention to have the right training sessions. The players need a bit of time to be fit and get into a good physical condition.

“You have to go slowly, because you risk having players injured after Covid.”

On Tuesday night, Norwich boss Dean Smith called on the Premier League to give more clarity on what triggers a game to be postponed.

Winger Christos Tzolis missed the 2-0 defeat to Aston Villa, while the Canaries should discover today if their squad has been decimated.

The Prem released a statement on Burnley’s postponement — the third top-flight match off due to coronavirus in the last week — with the decision taken after Watford fans had travelled.

It read: “It is with regret the Premier League board has postponed Burnley’s home fixture against Watford.

“The decision was taken following guidance from medical advisers due to an ongoing Covid-19 outbreak within Watford’s squad. As a result, the club has an insufficient number of first-team players available to fulfil the match.

“The Premier League understands this decision will disappoint and frustrate fans who were due to attend this evening’s game and apologises for the inconvenience and disruption caused at such short notice.

“Each decision is taken on a case-by-case basis, with everyone’s health of utmost importance.”