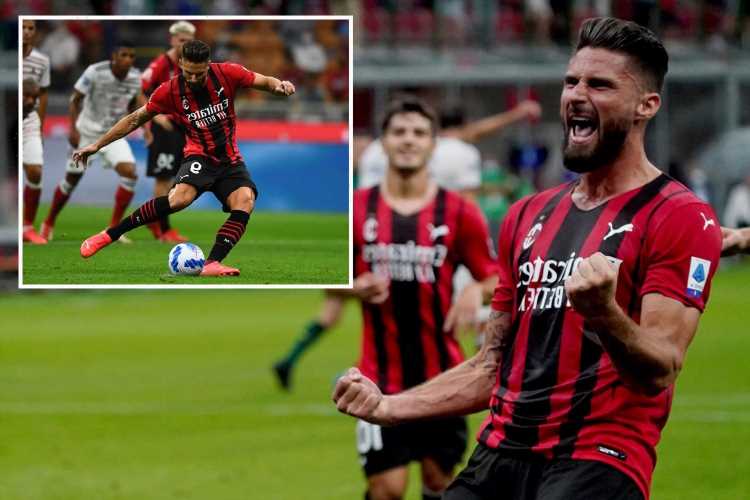 OLIVIER GIROUD got off to a flyer in his AC Milan debut by scoring twice during the Italian giants’ drubbing of Cagliari.

The ex-Chelsea frontman and his Rossoneri team-mates smashed four goals against their Sardinian opponents to register their second win of the season. 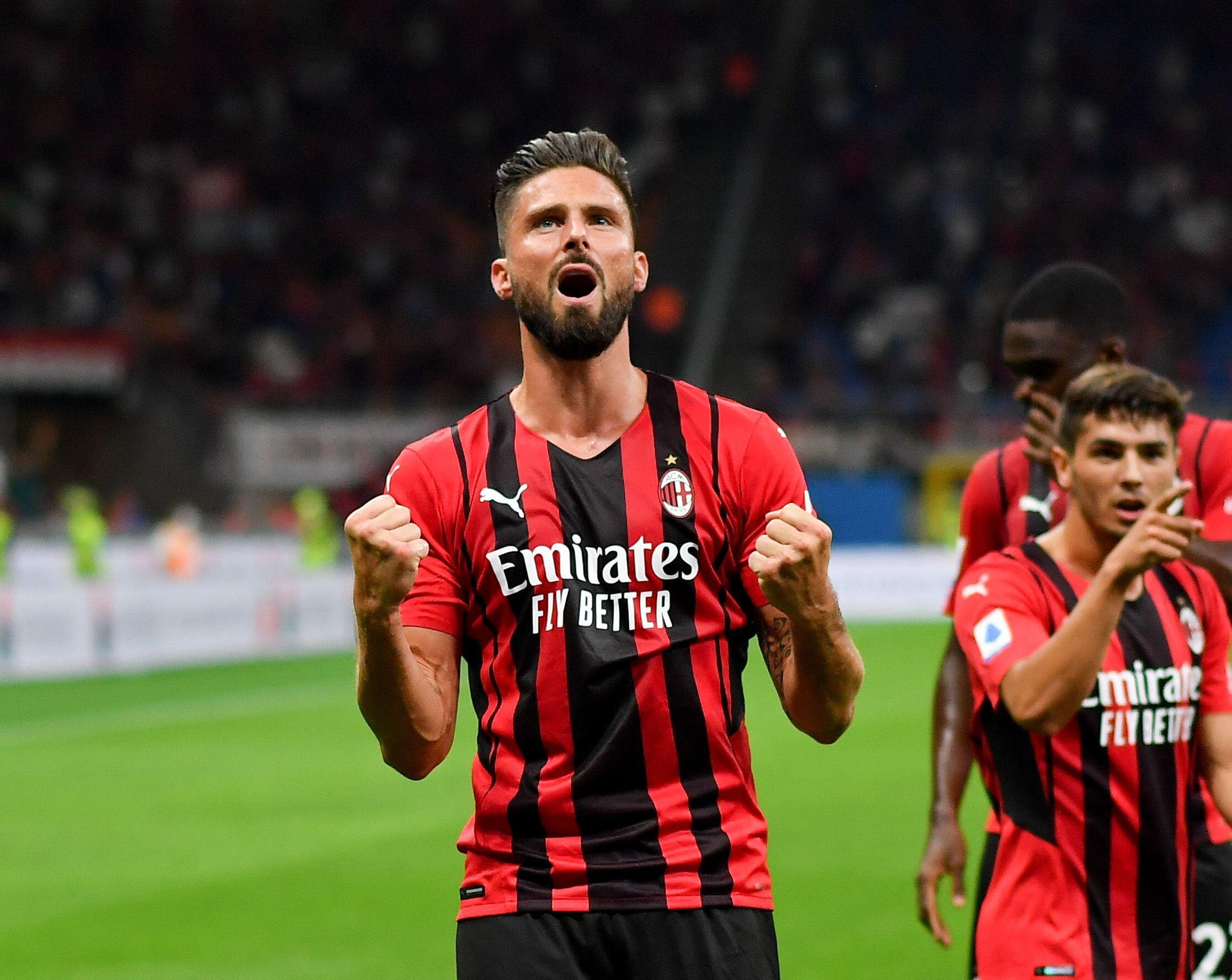 And the 4-1 result was a dream one for the France striker, who sealed a permanent switch to the Italian giants after nine trophy-winning years at Arsenal and Chelsea.

The Serie A ace, 34, who won three FA Cups with the Gunners and a Champions League medal with the Blues, netted 90 goals during his career in the Prem.

Milan’s efforts were watched by around 40,000 of the club’s fans at the San Siro on Sunday with Sandro Tonali and Brahim Diaz also on target for Milan

And the club, who face Liverpool in a Champions League group stage clash, have claimed six points from their two season-opening wins.

Giroud opened his account with a finely struck top far corner striker in the 24th minute after Tonali’s beautifully curled free-kick in the 12th minute and a deflected goal off Diaz.

The visitors briefly levelled proceedings a quarter of the way through the first-half prior to Milan’s second goal and the Frenchman’s first following a Diaz assist.

France’s second-highest international scorer was on target again minutes before the half-time whistle, burying a penalty after Kevin Strootman was judged to have handled the ball in the box.

Stefano Pioli’s side seemed content to take a more relaxed approach in the second spell and hit their rivals on the counter.

And Giroud came close to nabbing a hat-trick with Diego Godin denying the France ace with a crucial interception.

And ex-Chelsea winger Tammy Abraham was on target for the Rome side following his August move to the club from Stamford Bridge.

Like Giroud, the former Blues forward is enjoying a fine start to his Serie A career, providing two assists and a goal from his first two games for Jose Mourinho’s side.