FRAN KIRBY hit her first league goal in 16 months after being told she may never play football again.

England striker was one of nine different scorers as rampant Chelsea ripped the Robins to shreds. 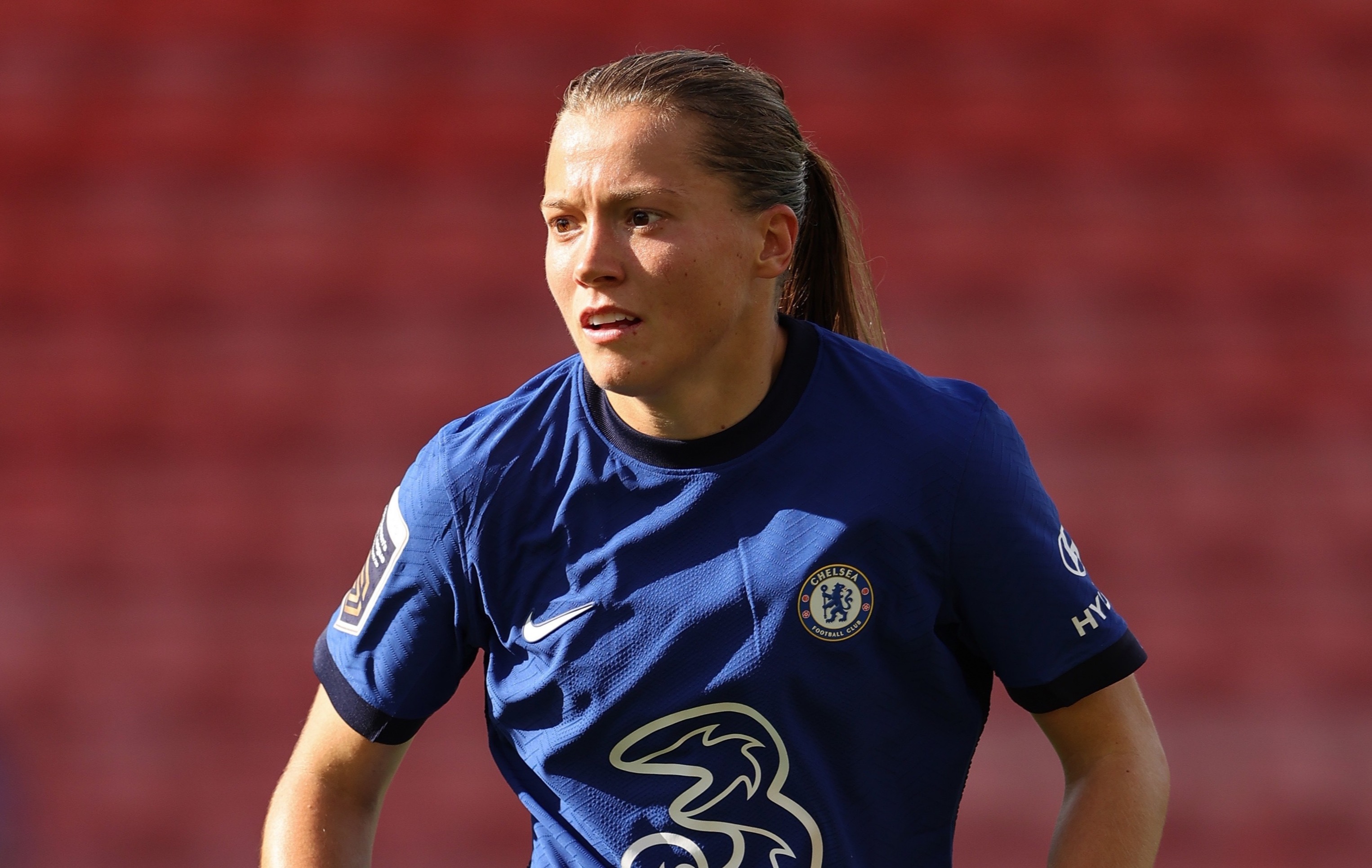 Kirby was diagnosed with pericarditis – and inflammation of the tissue that surrounds the heart – in November.

Blues boss Emma Hayes said: “Fran has been unbelievable on and off the pitch. Watching her come through this year has given me as much joy as anything.

“I don’t even think it’s about Fran being back, she is just at another level already and I think she doesn’t have to carry everything on her shoulders as she did a few years ago.

“She’s a joy to coach, she’s come out the other side and I think she’s showing her class and I’m thoroughly enjoying what she’s doing on the pitch.”

“I’ve been here a long time and I care about these people, all of them, they all have highs and lows. That’s my job to make sure they’re most supported in their difficult times.”

Kirby she showed she was back to her best when she got the breakthrough on 15 minutes.

She fired straight at City keeper Sophie Baggaley, who clumsily let the ball squirm through her grip. 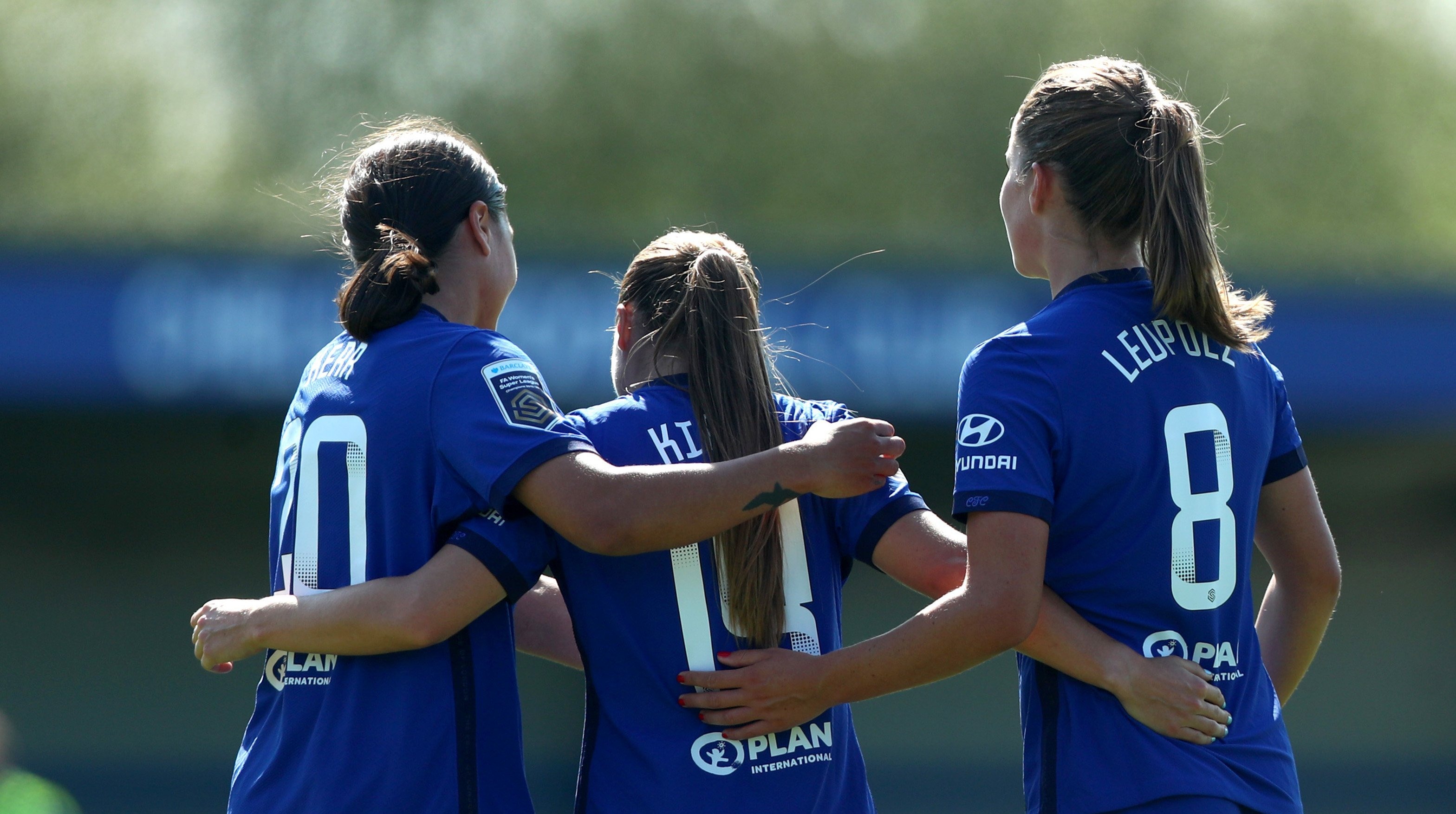 And the nightmare had only just begun as the hosts were awarded a penalty after Ji So-Yun was mowed down by Yana Daniels in the box.

Maren Mjelde converted on the half-hour mark, before Melanie Leupolz, Erin Cuthbert and Millie Bright all found the net within SIX minutes of each other.

After the break the goal fest continued and it was Beth England tucking in this time.

The Lionesses star pounced on a kamikaze clearance from Baggaley and volleyed into the roof of the net in the 66th minute. 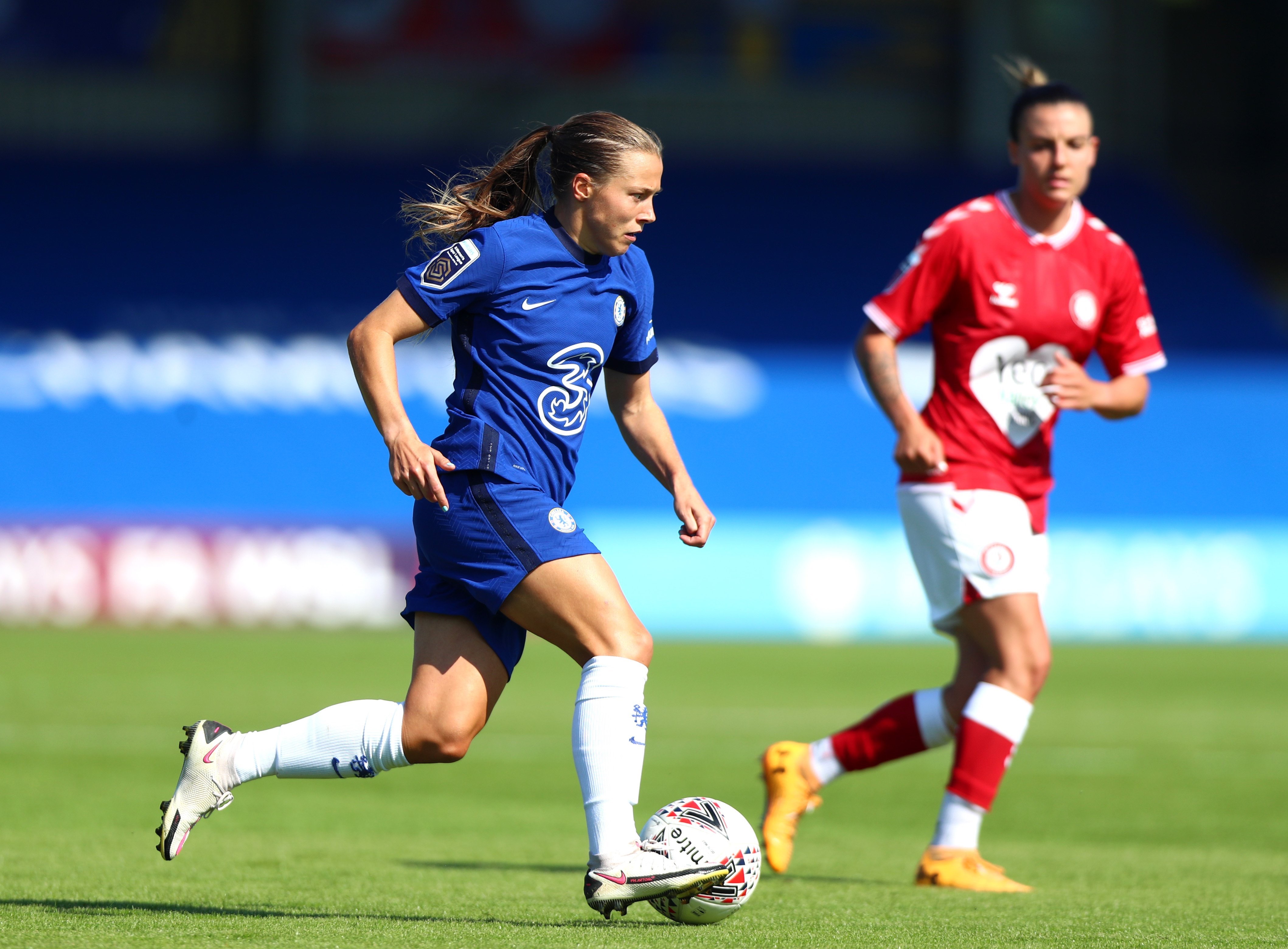 Three minutes later substitute Niamh Charles bagged her first goal in a Blues shirt, only moments after coming off the bench.

Kingsmeadow newbie Pernille Harder replaced England and lived up to her record £250,000 transfer fee, with a cool back-heel into the net beyond Baggaley.

And misfiring Kerr finally got her breakthrough as she linked up with Harder and nipped beyond the Robins defence to slot home and make it a rout on the 85th minute.