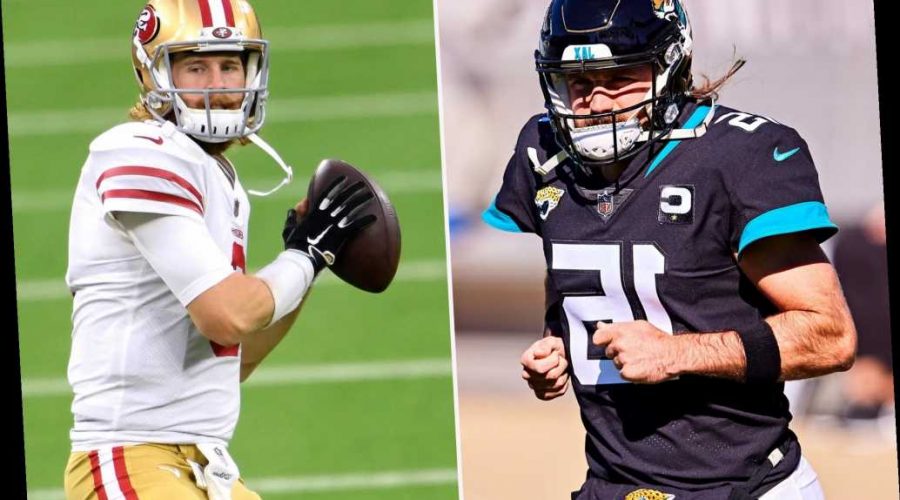 Brett Favre ‘almost wanted to kill himself’ after quitting painkillers

The deal is worth $5 million and could total more with incentives, according to a person with knowledge of negotiations. The person spoke to The Associated Press on the condition of anonymity because contract details had not been released publicly. NFL Network first reported contract terms.

Responding to a question about Minshew potentially being on the block last week, Jaguars coach Urban Meyer said “at this point, no.”

Signing Beathard could change that. NFL Network reported last week multiple teams had reached out to Jacksonville about acquiring the cult-hero quarterback.

Beathard started 12 games over four years in San Francisco, throwing for 3,469 yards, with 18 touchdown passes and 13 interceptions. He was a third-round draft pick from Iowa in 2017.

Jacksonville is expected to select Clemson quarterback Trevor Lawrence with the No. 1 overall pick in next month’s NFL draft. The Jaguars also have 2020 sixth-round pick Jake Luton on the roster.

He’s scheduled to count about $900,000 against Jacksonville’s salary cap, a relative bargain for someone with his starting experience in the NFL. That also makes him a potential trade option, especially with the Jaguars looking to rebuild under Meyer and new general manager Trent Baalke.

Jacksonville has 10 draft picks next month, including four of the first 45 selections.

“There’s a lot of anticipation about the first pick. I understand there’s a lot of conversation out there, but there’s been no decisions made,” Meyer said. “Gardner’s done some very good things here in Jacksonville and he’s a competitive maniac, which I really appreciate that about him.”