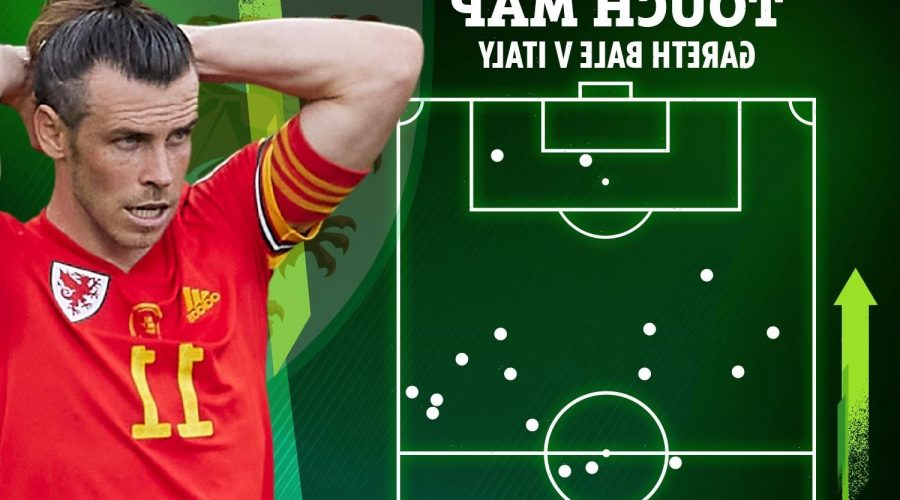 GARETH BALE has become the latest player to suffer the ignominy of a terrible rating from French newspaper L'Equipe.

The Parisian outlet turned its nose up at the Welshman's display against Italy – dishing out a mere TWO out of ten. 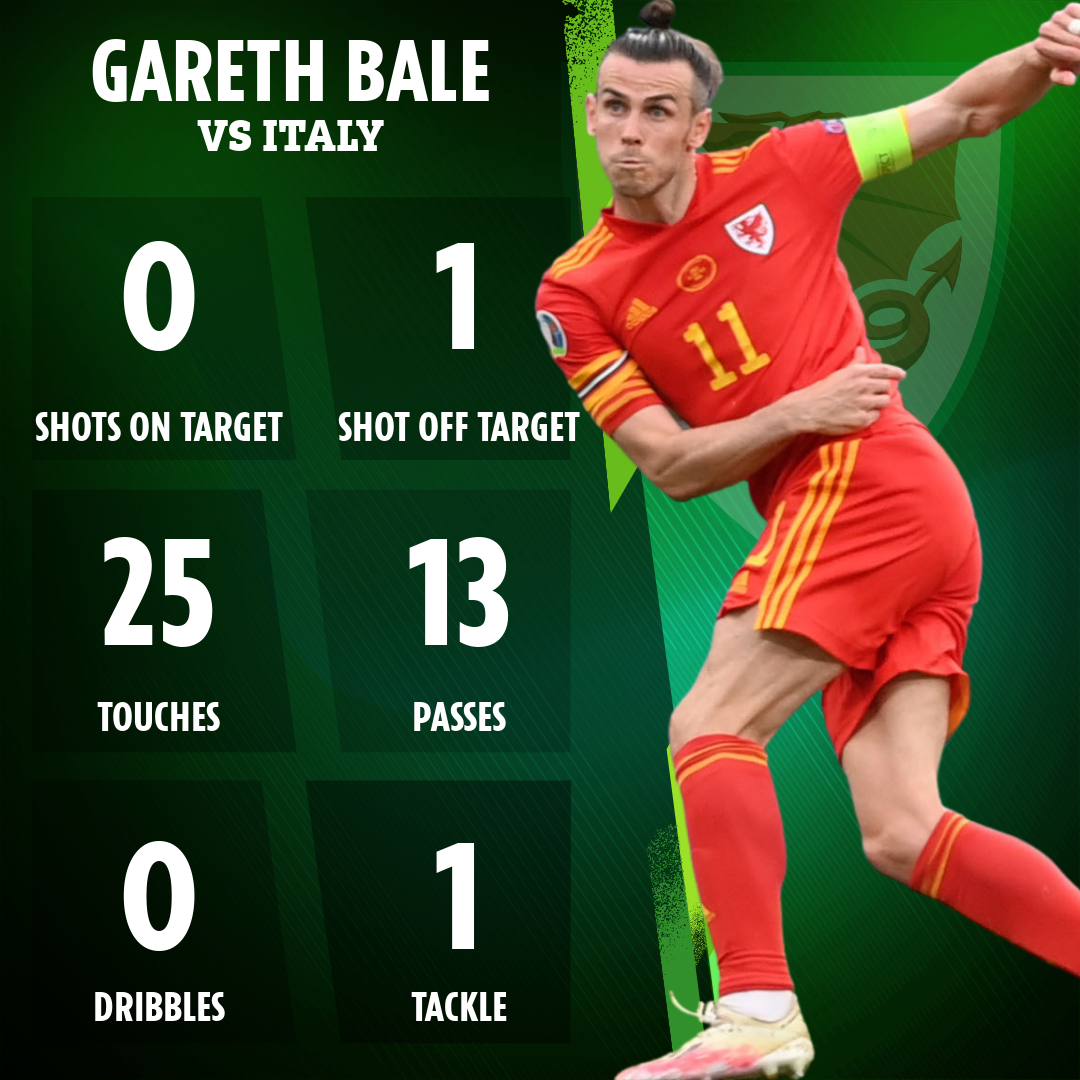 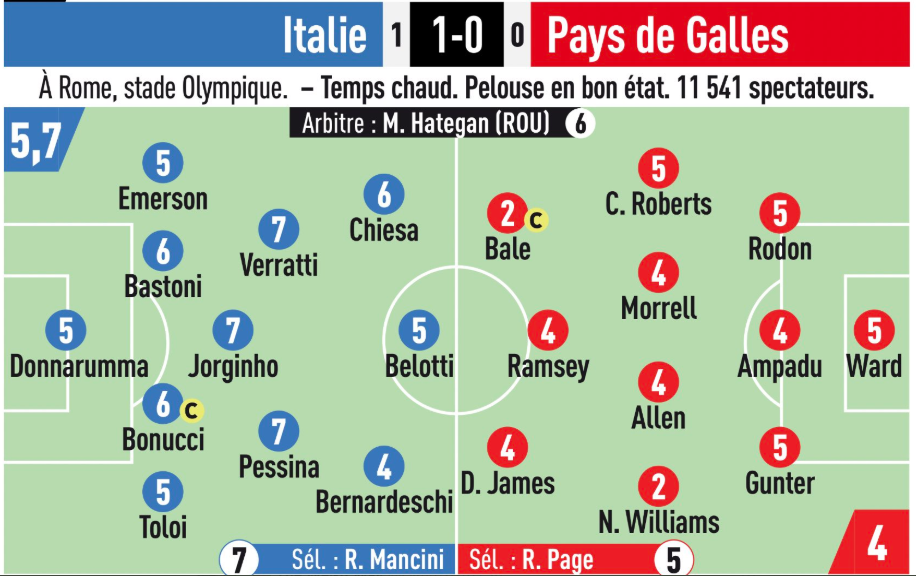 Bale was certainly guilty of missing a sitter on Sunday evening.

A cross from the left after 75 minutes saw the 31-year-old lash a volley over the bar at close range.

Although a point would have boosted Wales' confidence, with a potential victory putting them top of Group A, the miss was ultimately inconsequential for the Dragons.

Second place and a safe passage to the last-16 was secured regardless.

And Bale's stats, while far from impressive, did not necessarily underline a 2/10 performance.

His tally of 13 passes and 25 touches were not the lowest of the Welsh starters, an honour held by Daniel James who was awarded 4/10.

However, Bale won more fouls (four) and entered more duels (15) than any of his team-mates, also completing one interception.

The winger is far from the first player to be disregarded by L'Equipe, the newspaper that is also notoriously stingy in handing out perfect ratings.

Kylian Mbappe earned just a 3/10 for his 'ghost like' performance against Manchester City in the Champions League semi-final, and Luis Suarez has also fallen foul of their critical eye.

Following the 1-0 defeat in Rome, Bale said: "We knew it would be very difficult from the start.

"A lot of running and defending, I am proud of the boys. We have made it through. We had to dig deep and we did that.

"We have to recover now and take the break and get ready to get going again." 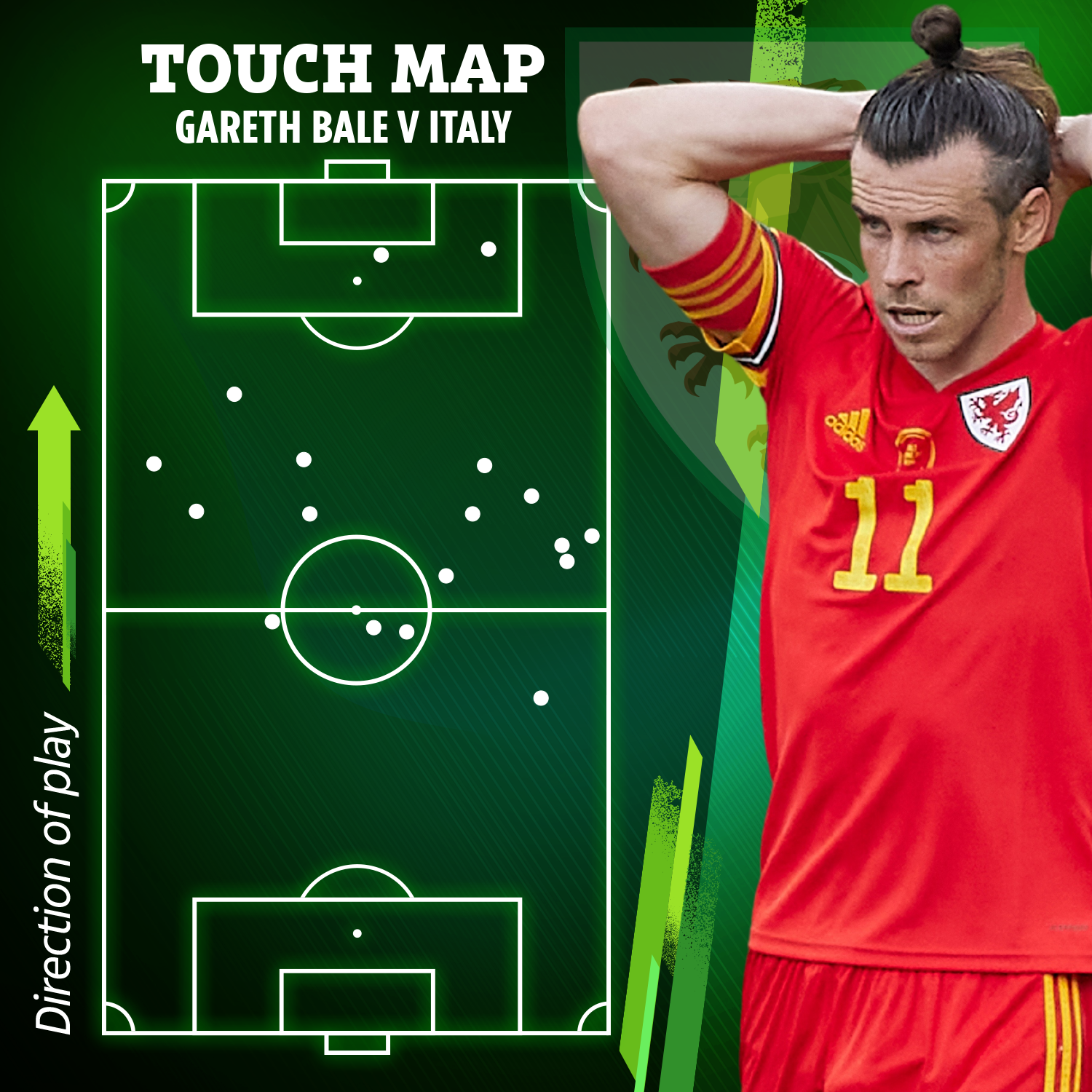 On his miss, he added: "I saw the ball coming over, but I didn't quite get over the ball enough.

"But it is what it is. It made no difference in the end because we still finished second."

Bale's Wales will face the runners-up of Group B on Saturday in Amsterdam for a place in the quarter-finals.