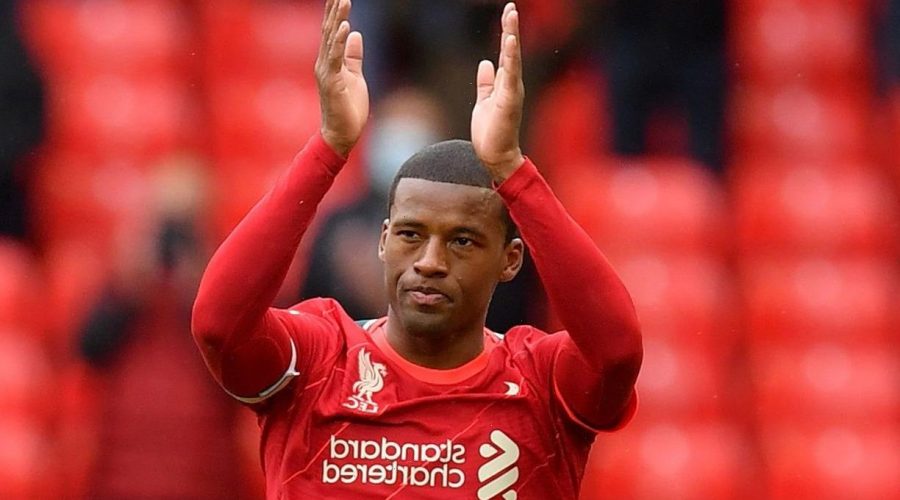 PROUD Georginio Wijnaldum made an emotional farewell to Liverpool and said: Thanks for the trophies and the memories.

The £25million Liverpool midfielder is out of contract this summer and played his last match for the club after five years and 22 goals in 237 appearances. 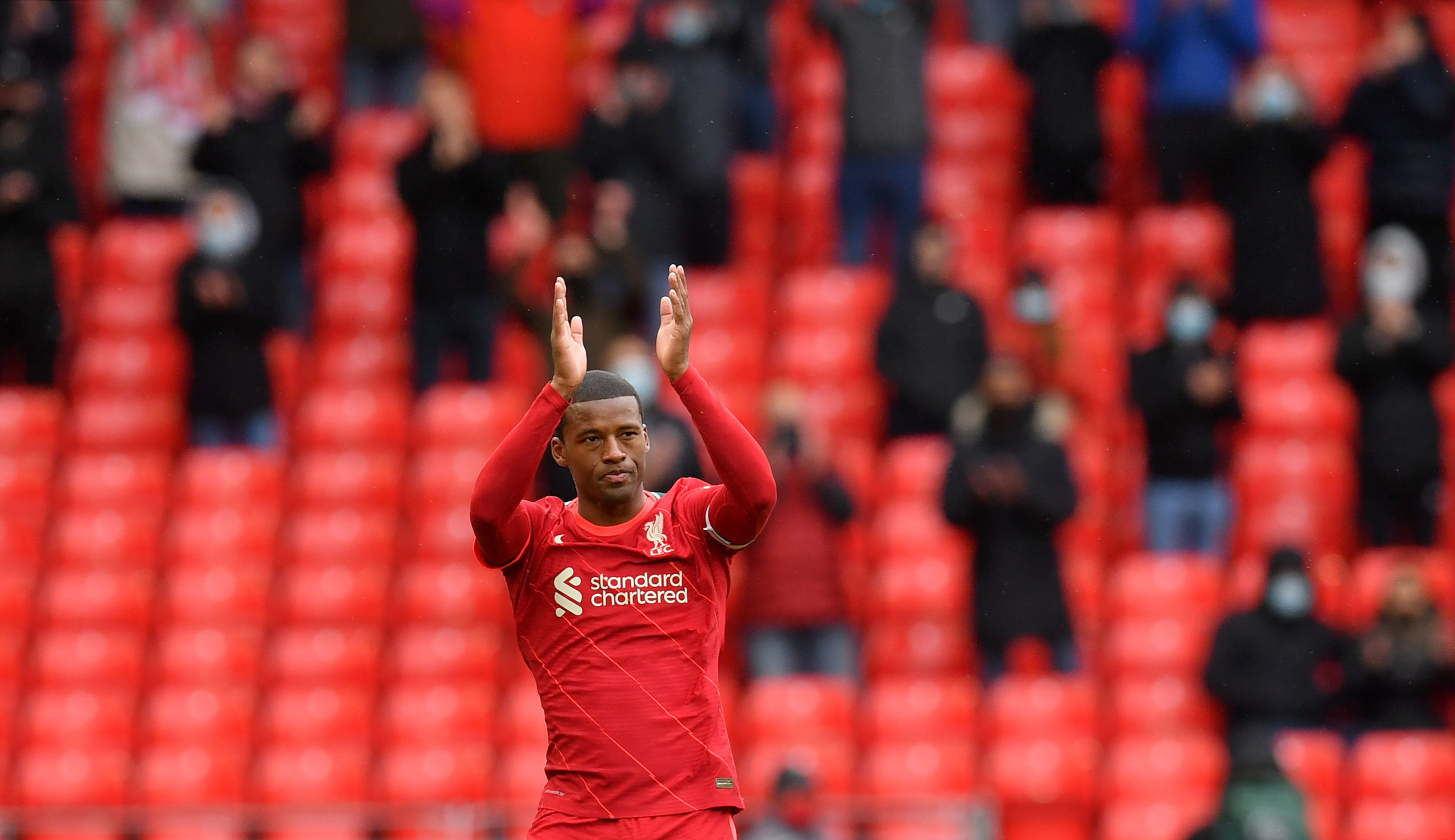 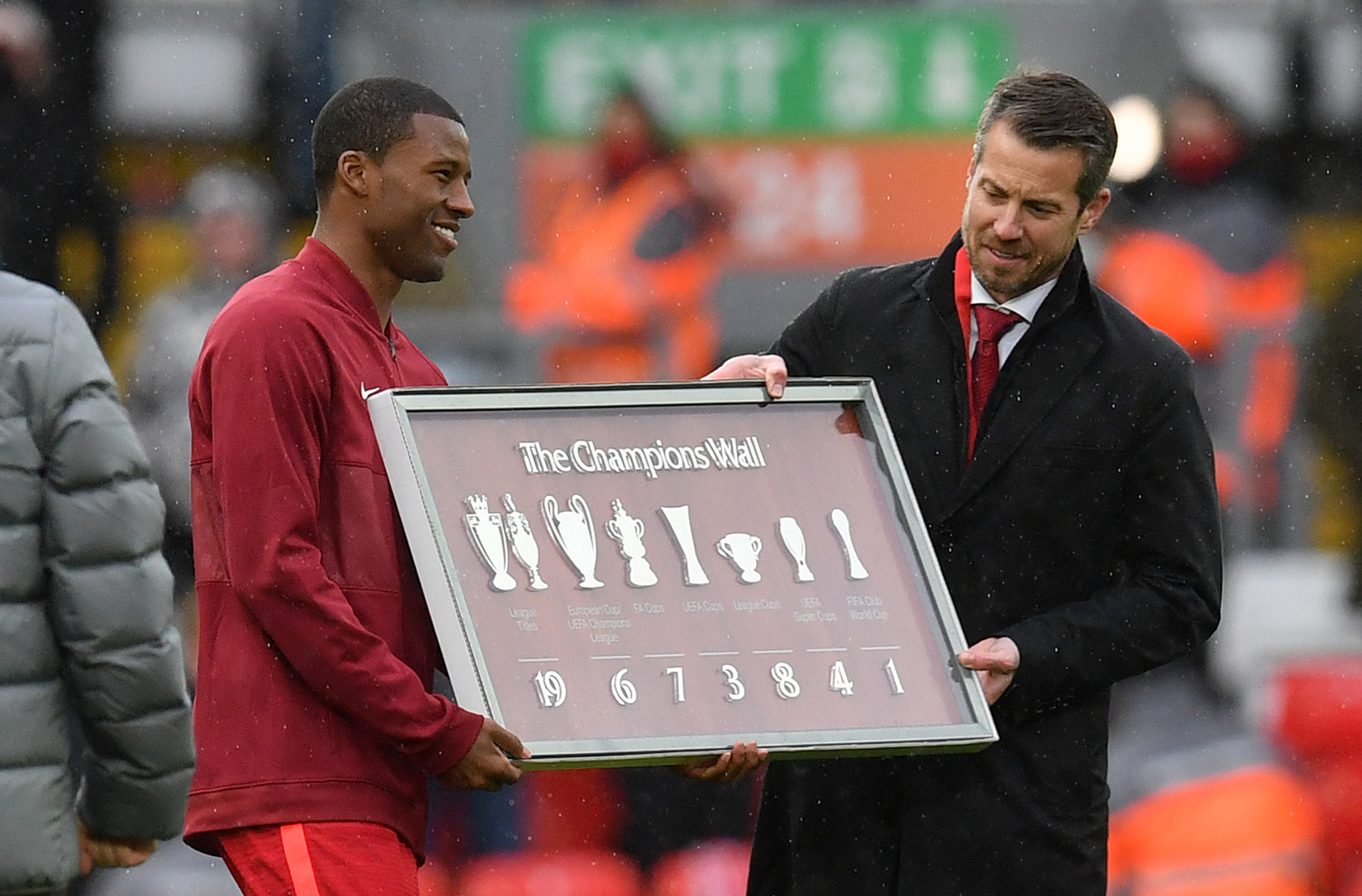 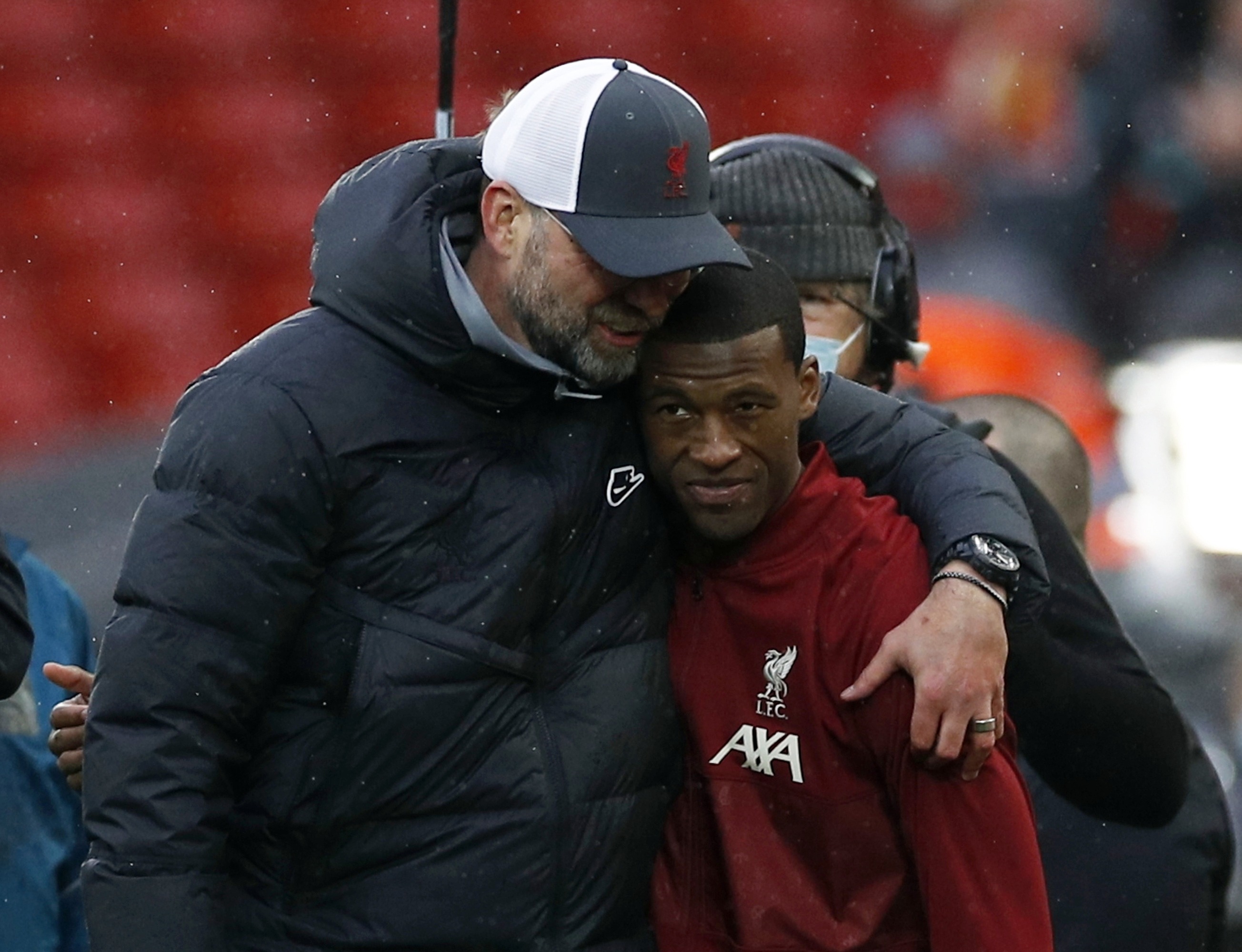 Though he is set to appear for Holland at the Euros, he doesn’t know his club destination for next season.

Post-match, he was given a special 'Champions Wall' plaque and received a guard of honour from team-mates.

"The people in Liverpool have shown me love during the five years. I will miss them.

"I hope to have played many more years for the club but unfortunately things went different. I have to start a new adventure.

"I knew I went to a big club. I remember that I was sitting in the living room and the manager said when I come to Liverpool we would win prizes.

"I am happy it went that will. It would have been really painful to leave the club without any.

"It’s really special. Since I’ve joined the fans have sung my name. Week-in, week-out they saw I was giving 100% to give everything for this club.

"That’s what the supporters want to see and that’s what they appreciate from me. It is something I’m going to miss."

Wijnaldum had a decorated spell – he won the Premier League, Champions League, Uefa Super Cup and Fifa Club World Cup under Klopp – and he signed-off by helping Liverpool finish in the top four once again.

He said: "This was really important. Normally you want to leave on a high winning something.

"Unfortunately this season it was not possible but I’m happy I can leave the club behind in the Champions League.

"I didn’t sign somewhere else. Everyone knows in football everything can happen. The situation is right now that on 1 July I am not a Liverpool player.

"We will see what I will do in the next couple of weeks.

"I will rest a little bit then go to the national team. I will have to look at my story and how everything went. The fans deserve to know the story behind it."