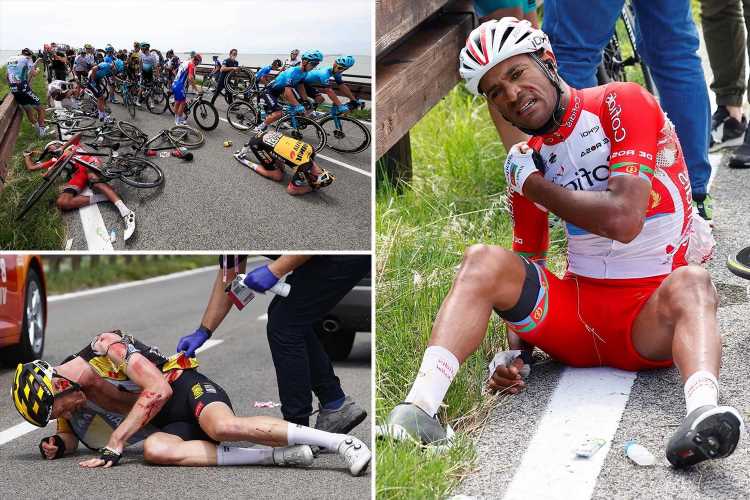 THE GIRO D’ITALIA bike race came to a stop after a huge crash forced four cyclists out of the race.

Ambulances were forced to rush to the scene after the shocking incident occurred just three kilometres into Sunday’s stage. 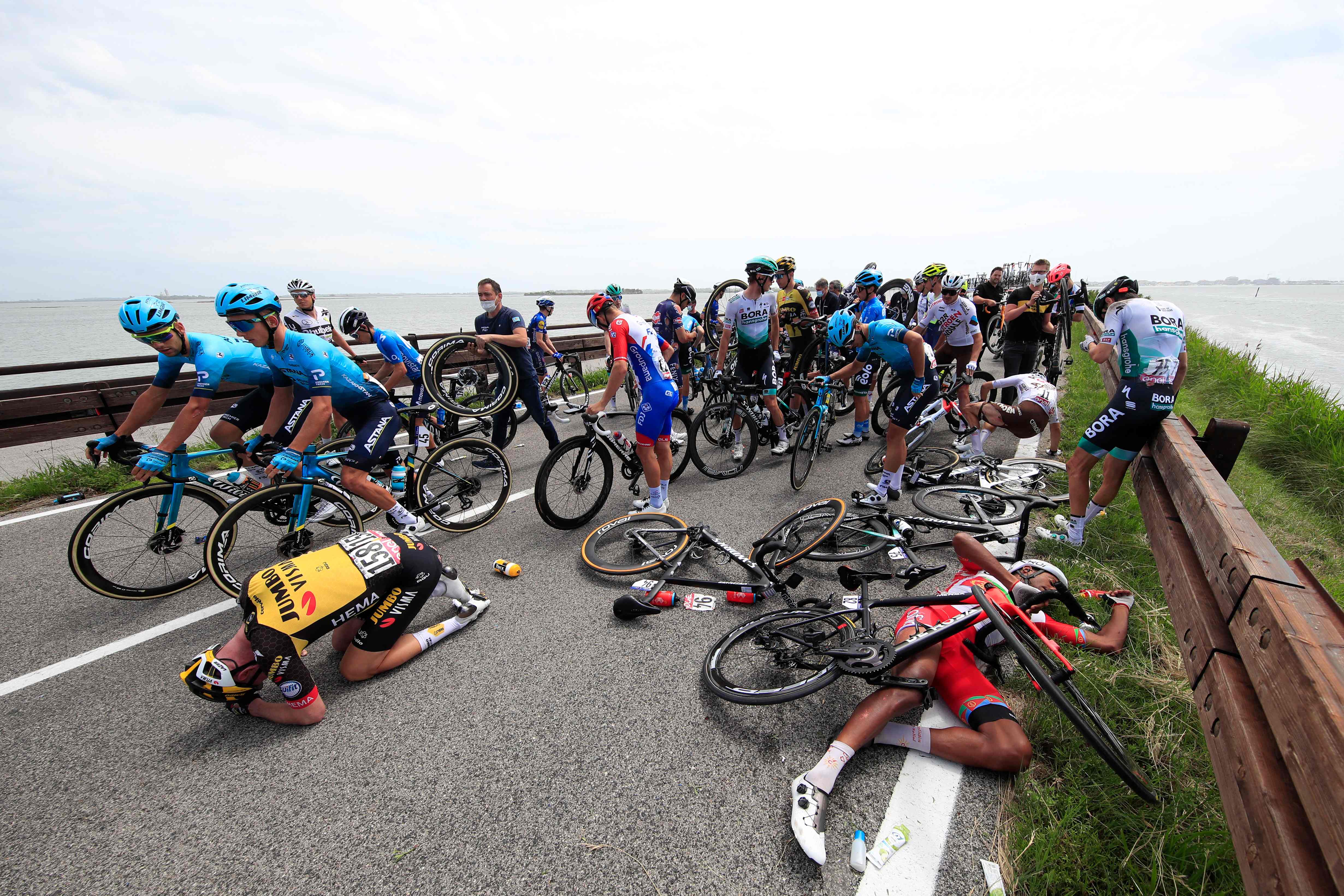 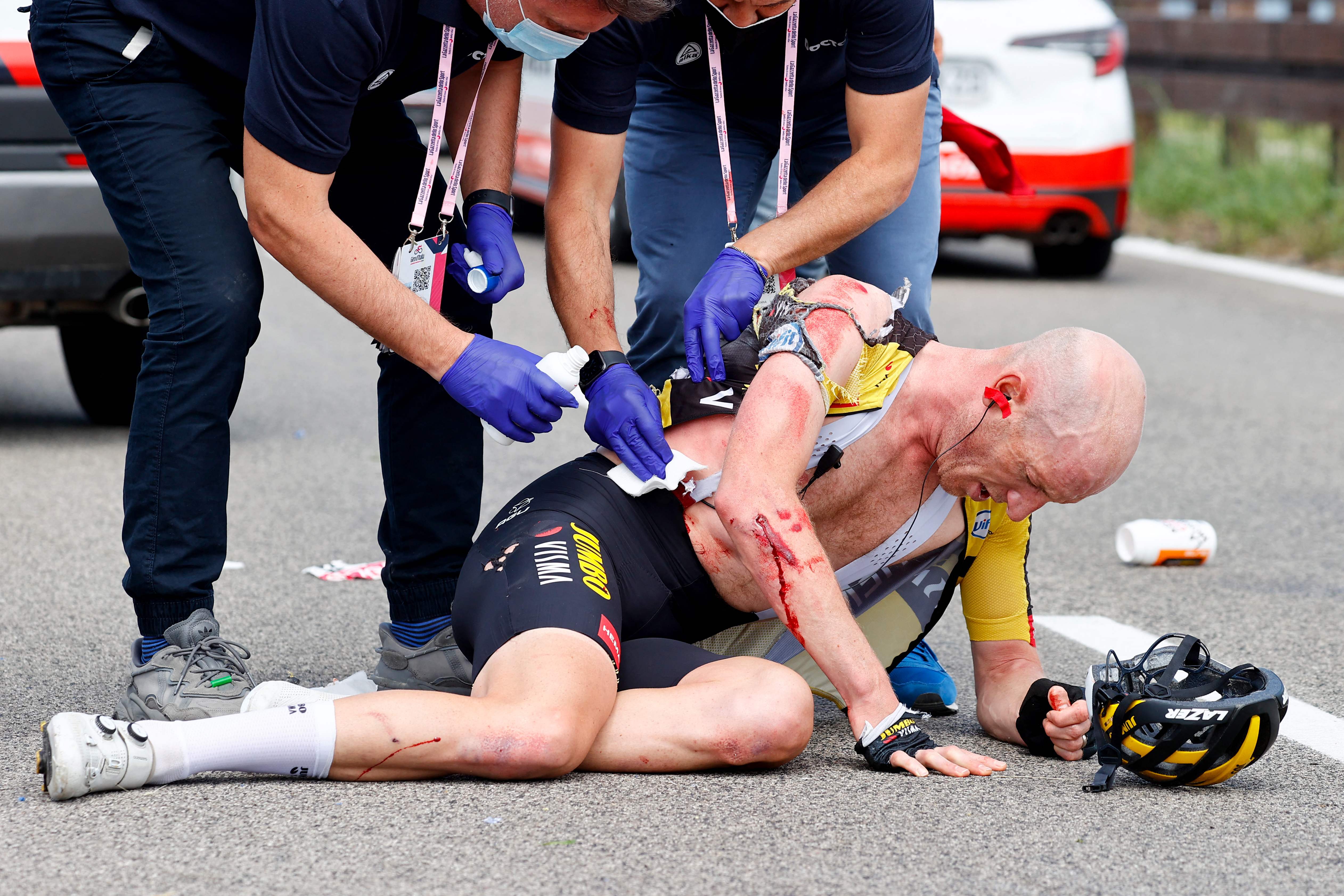 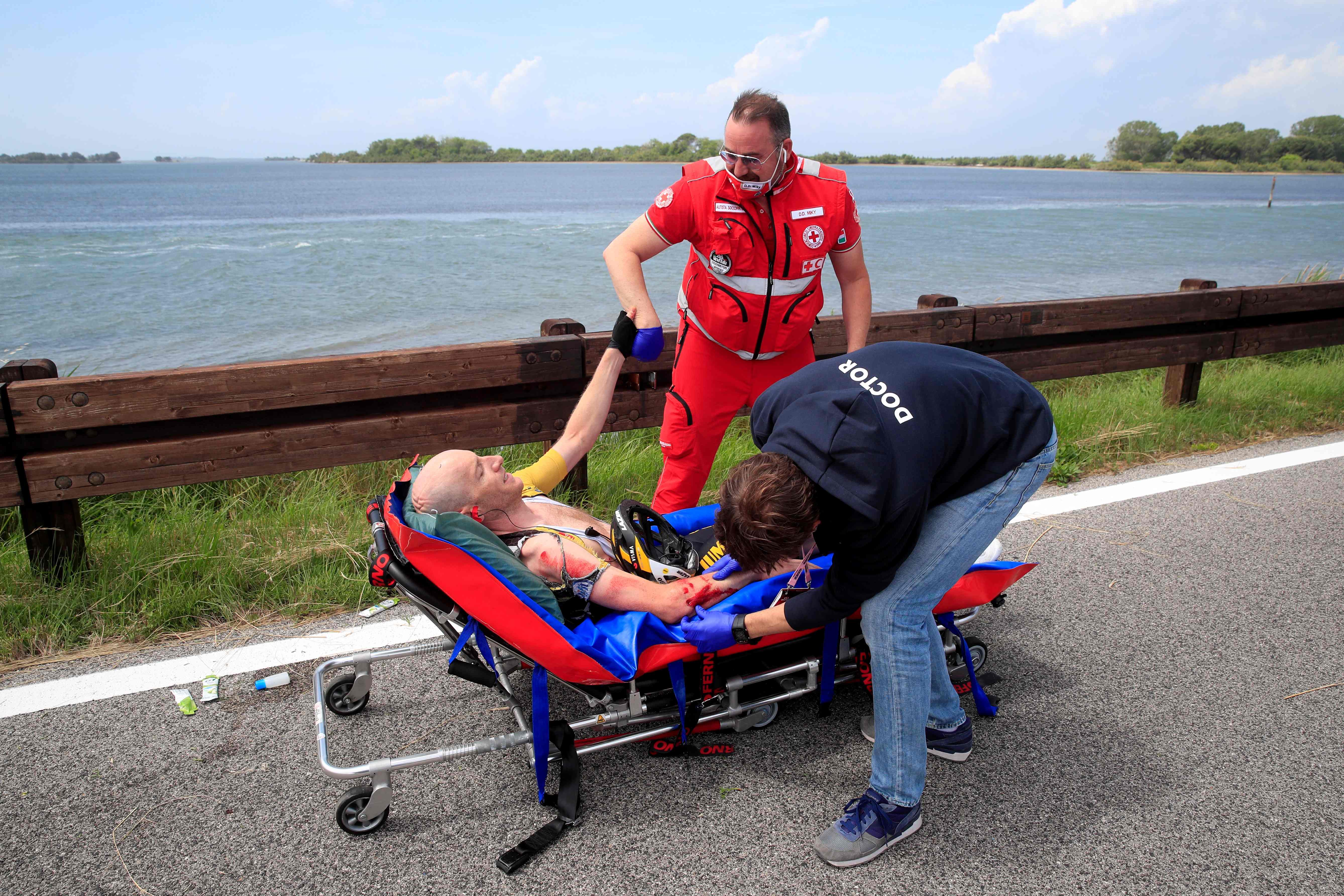 The crash, missed by television cameras, happened as the peloton travelled across a windy lagoon out of Grado in north-east Italy.

It caused a huge spate of riders to hit the deck as it descended into chaos.

The race was paused so those involved could get medical attention.

The stoppage lasted over 15 minutes as news filtered through that a number of stars were unable to continue.

German Emanuel Buchmann was forced to abandon his GC bid.

He was sixth in the general classification when he was sent tumbling.

And Ruben Guerreiro slipped off the peloton almost immediately after the restart and also pulled out. 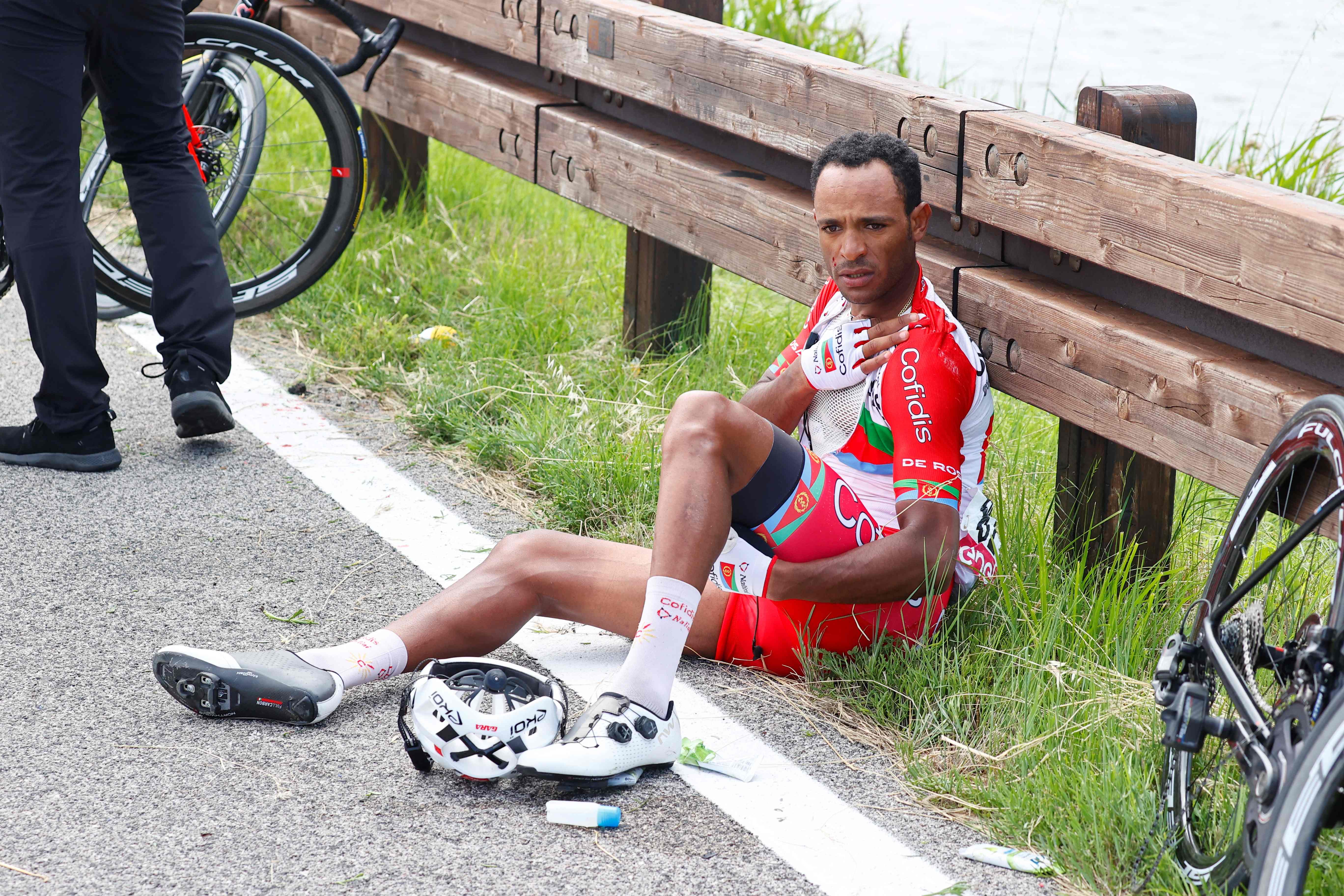 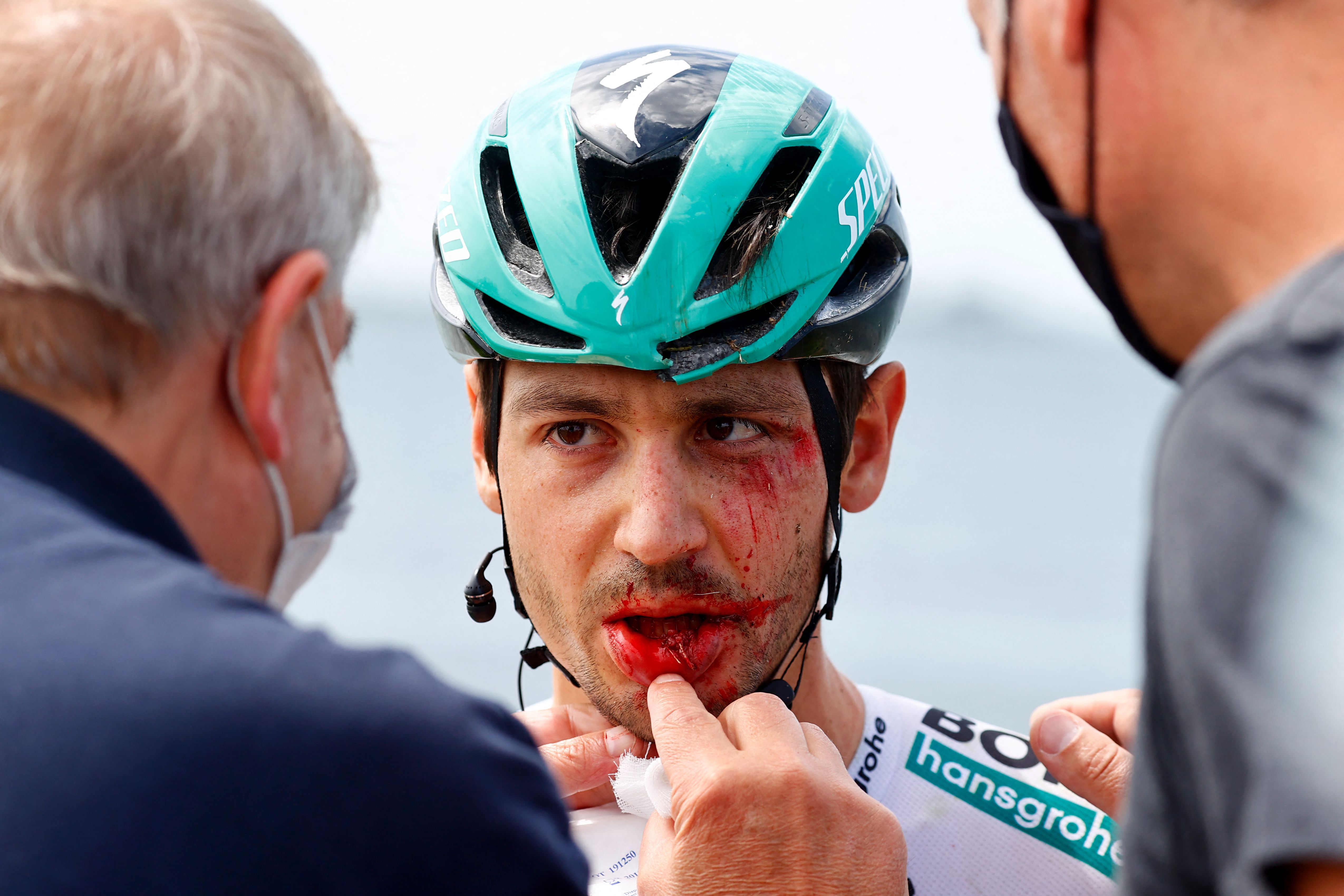 Eurosport commentator Rob Hatch said: “This is an absolute disaster at the start.

“Not a popular decision when it was taken, especially with the riders trying to get up the road.

“I think it’s one later on, a few months down the line, they would certainly thank them for – looking after their safety at all times.” 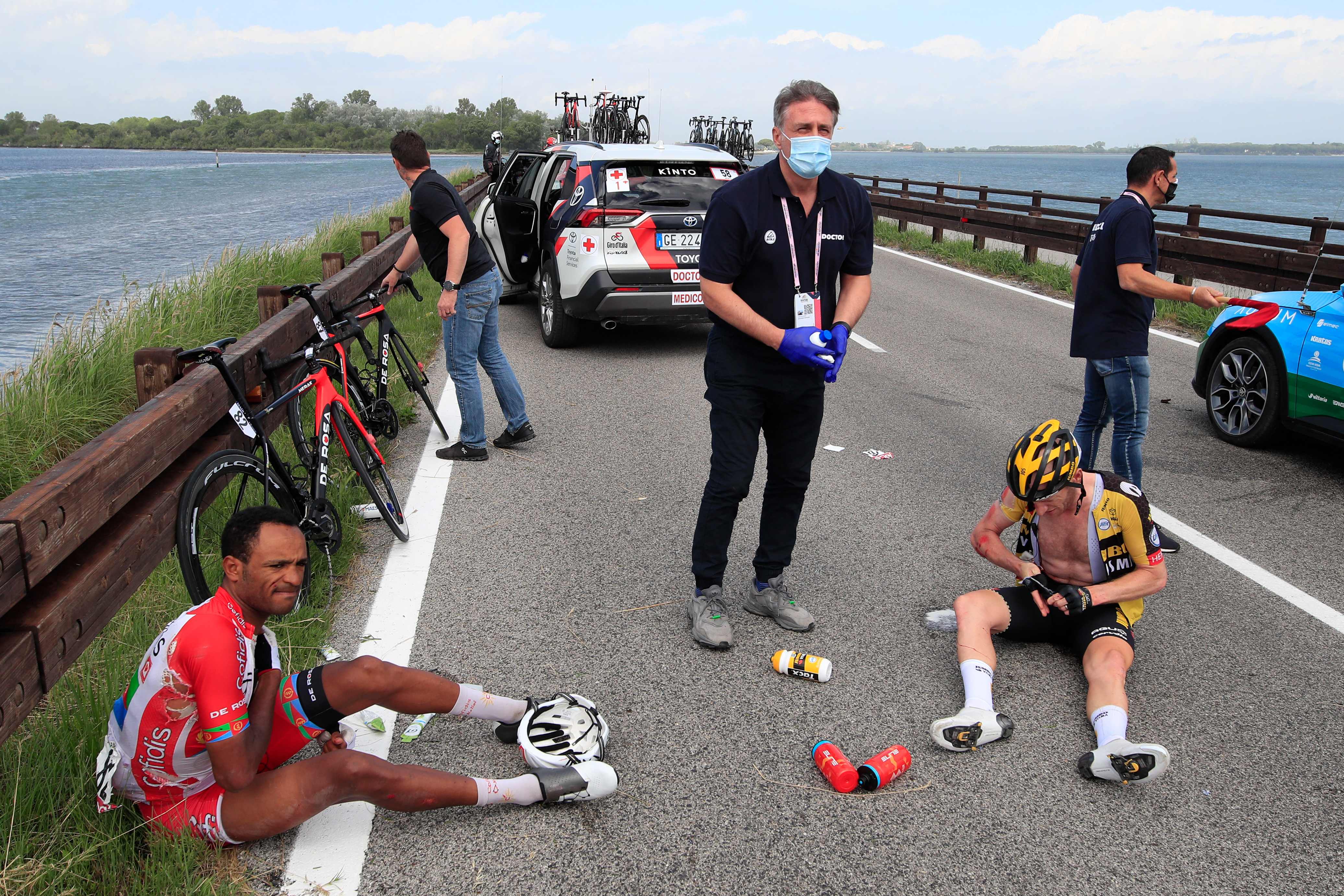 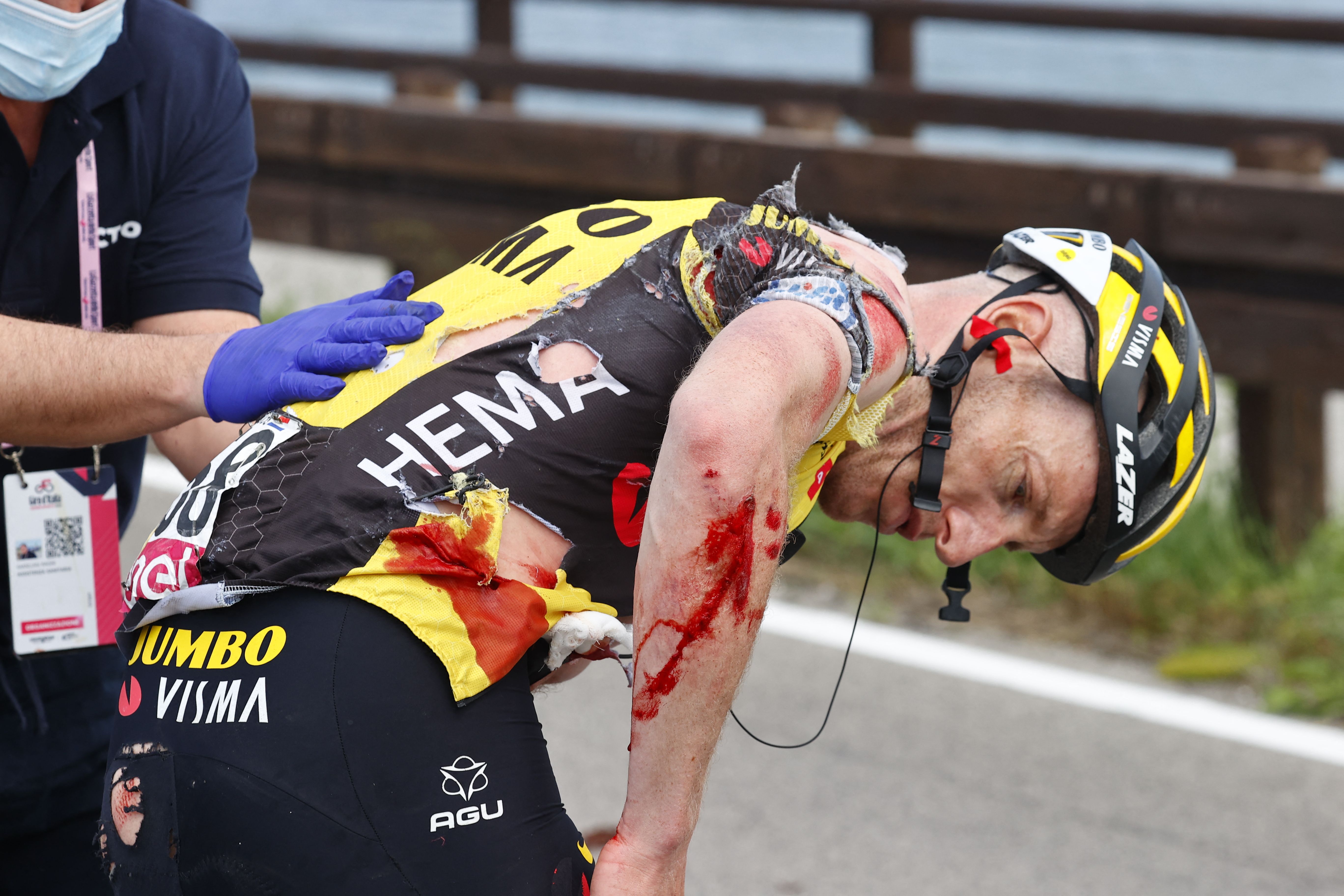