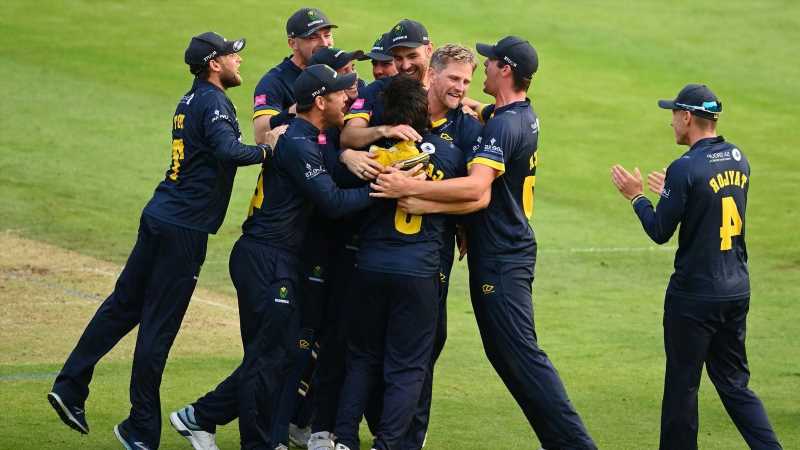 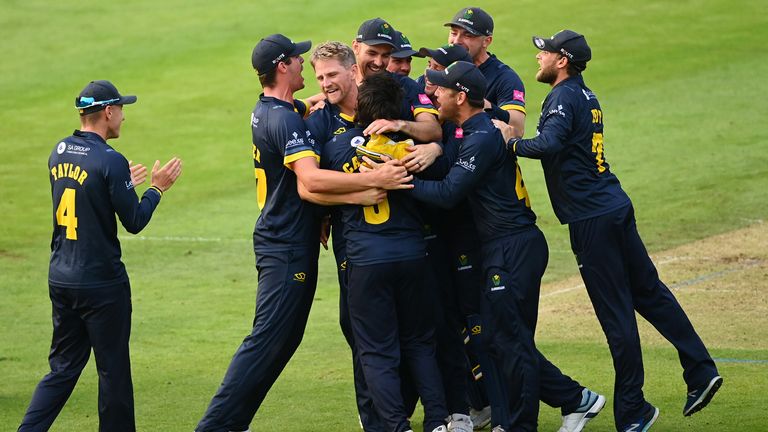 Glamorgan kept their Vitality Blast qualification hopes alive with a dramatic one-run victory over Surrey in a thrilling encounter at Cardiff.

Ollie Pope (60) top-scored at Sophia Gardens; following up his unbeaten 52 against Middlesex with his career-best in T20 cricket, yet when he was run out with two overs remaining, Glamorgan appeared to be in control.

However, Kyle Jamieson looked set to be Surrey’s hero, clubbing 31 in just 14 balls which left the visitors requiring two runs off the final delivery.

Despite this, the New Zealand seamer was unable to complete the run-chase, as Timm van der Gugten maintained his composure to run out the Surrey man, which moves Glamorgan to within three points of a top-four spot.

Glamorgan were once again without Australian pair Marnus Labuschagne and Michael Neser, who remain in self-isolation after they were identified as close contacts of Nick Selman, who has tested positive for Covid-19.

The hosts were inserted by last year’s finalists but they enjoyed a terrific start, with Kiran Carlson (32) and David Lloyd (41) putting on 56 for the opening wicket before Jamieson accounted for Carlson in the sixth over.

Glamorgan were reduced to 81-3 after losing the destructive Colin Ingram and Lloyd in successive deliveries, but Billy Root (41 no) struck four sixes off the final over as he helped the hosts post 153-6. 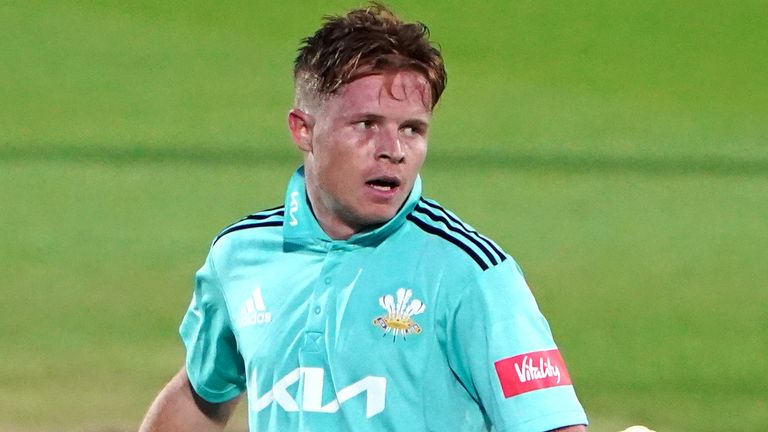 Moriarty (1-16 off 4) and Will Jacks (1-21 off 4) were the pick of the Surrey attack, but Jacks succumbed to the first ball of their reply, picking out Roman Walker at cover off the bowling of Prem Sisodiya (2-22).

Laurie Evans departed in the following over to leave Surrey floundering at 8-2, but the England duo of Rory Burns (24) and Pope put on 57 for the third wicket, before Burns was bowled by the economical Walker (1-17 off 4).

Jamie Smith (20) struggled for fluency as the visitors lost wickets at regular intervals, and Pope’s 45-ball knock came to an end when he was run out by Carlson as he fought to retain the strike.

Jamieson underlined his credentials with the bat in an explosive cameo, but it wasn’t enough, as Surrey suffered their third defeat of the campaign to remain fourth in the table.

Somerset missed the chance to climb above Surrey in the South Group, after they suffered a six-wicket defeat to Essex Eagles at Chelsmford. Devon Conway (53) registered back-to-back fifties fresh from his half-century at Canterbury on Monday, although the visitors were left to rue a dramatic collapse as they slipped from 107-2 to 139-9.

Essex captain Simon Harmer (4-24 off 4) inflicted the damage, while Jack Plom (3-31) also starred as Somerset were bowled out for 153.

Essex were set a revised target of 148 from 19 overs following a brief rain delay, and the hosts were indebted to a third-wicket stand of 80 between Adam Wheater (49) and Michael Pepper (55 no).

The hosts lost Jimmy Neesham cheaply in the 15th over, but Ryan ten Doeschate (15 no off 12) provided an effective foil for Pepper, with Essex wrapping up victory with five balls to spare to move up to sixth.

Elsewhere, Northamptonshire Steelbacks climbed above Leicestershire Foxes at the bottom of the North Group courtesy of a convincing five-wicket victory at Leicester.

Rob Keogh sealed victory with a boundary; top-scoring with 34 as the Steelbacks chased down a modest target of 139 with 10 balls to spare. 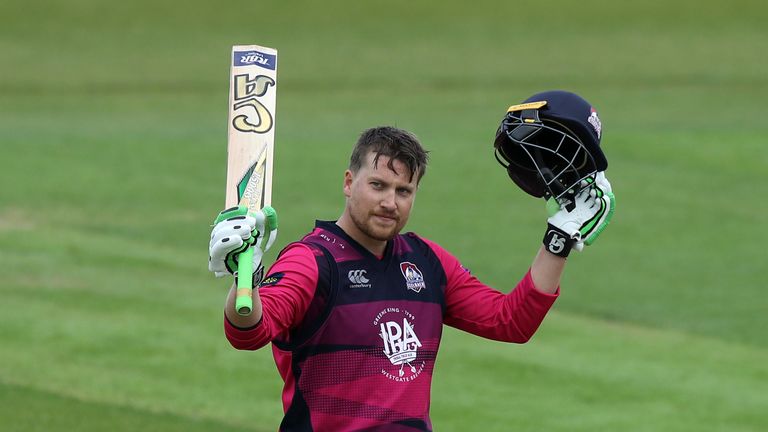 Ricardo Vasconcelos set the tone with 30 from 18 balls, Josh Cobb made a quickfire 28, while Saif Zaib struck two sixes as he finished unbeaten on 21 from 11 balls, after left-arm spinner Freddie Heldreich (2-17) had delivered with the ball.

Scott Steel impressed for the Foxes – registering figures of 2-17 from his four overs and top-scoring with a patient 44, although with the exception of Harry Swindells – who smashed 32 from 16 balls – the hosts provided little resistance.

The night’s other Blast encounter between Sussex Sharks and Kent Spitfires was washed out without a ball being bowled at Hove.

Sussex were forced into late changes after Tom Clark tested positive for Covid-19 and three members of their squad for the game – Ollie Robinson, Henry Crocombe and Delray Rawlins – had to self-isolate after being identified among seven close contacts.

However, the game was called off two hours before the scheduled 7pm start due to a wet outfield, meaning five of Sussex’ last six games have been abandoned.