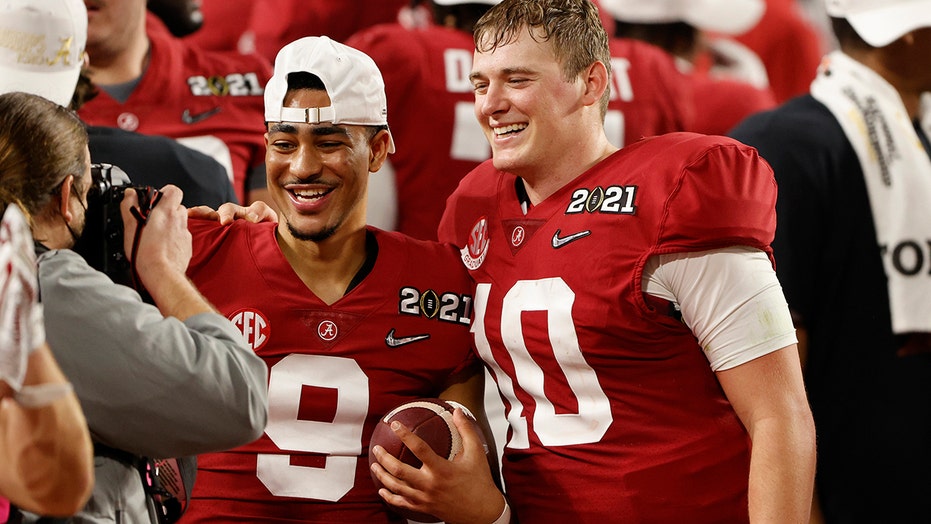 Greg McElroy has a pretty good idea of what it takes to be a successful signal-caller at Alabama. The former quarterback was under center for the Crimson Tide when they won the 2010 BCS National Championship. Now an SEC Network Analyst, McElroy he has his eyes on Bama’s current quarterback, Bryce Young. And he likes what sees.

“He’s a stud. And there’s no denying his pedigree, there’s no denying his physical attributes. The guy’s unbelievable. Can run around, can create, is accurate, and does a pretty good job of going through his progressions. You talk to anybody that was on that staff last year, they’ll tell you he has a really good foundational understanding of how to have his feet where they need to be, when they need to be there. So, he’s already far ahead of where he needs to be. But, here’s the but, until the lights are bright and it’s your gig, it’s still a little bit of an unknown.” McElroy said ahead of SEC Media Day, per 247sports.com.

To say Young has big shoes to fill would be an understatement. The sophomore takes over for Mac Jones who was a first-round pick of the Patriots in April’s NFL Draft. All Jones did was guide Bama to an undefeated season that culminated in a national championship and the Davey O’Brien Award. Before Jones, the Crimson Tide quarterback room housed Tua Tagovailoa and Jalen Hurts, each of whom have national championships of their own.

Despite attempting just 22 passes during his lone season in Tuscaloosa, Young’s attributes have McElroy feeling optimistic: “Now, I’d love to have the starting point that he has with the physical attributes and all the other things I just talked about, but can he step into the shoes of a vacated first-round pick in Mac Jones — who had one of the best years we’ve ever seen at the quarterback spot? That’s to be determined. I’m still very optimistic about it, that’s for sure.”

The college football world will get their first extended look at Young – who’s already making a name for himself off the field – when the Tide opens the season September 4th against Miami. FanDuel Sportsbook currently lists Alabama as 18.5 point favorites.