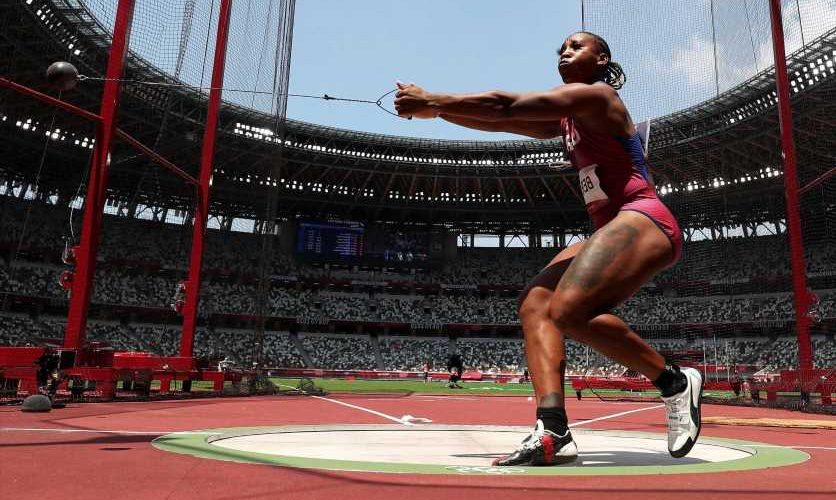 Gwen Berry failed to medal during the women’s hammer throw finals on Tuesday. Berry finished in eleventh place out of twelve competitors, registering a distance of 71.35 meters.

The 32-year-old caused a stir during the medal ceremony at the Olympic trials in June. After winning a bronze medal during the event, Berry faced the stands rather than the American flag, holding up a shirt that read “Activist Athlete.”

Afterward, Berry said she was “pissed” that “The Star-Spangled Banner” played during the celebration.

“If you know your history, you know the full song of the national anthem,” Berry said on Black News Channel. “The third paragraph speaks to slaves in America — our blood being slain … all over the floor.”

In July, before the Olympics commenced, Berry pledged to “represent the oppressed people” should she win a medal in Tokyo, adding, “that’s been my message for the last three years.”

Two years ago, Berry staged a protest on the medals podium at the Pan-American Games, raising her fist during the ceremony.

03/08/2021 Sport Comments Off on Gwen Berry, hammer thrower who turned away from US flag, fails to medal at Olympics
Lifestyle