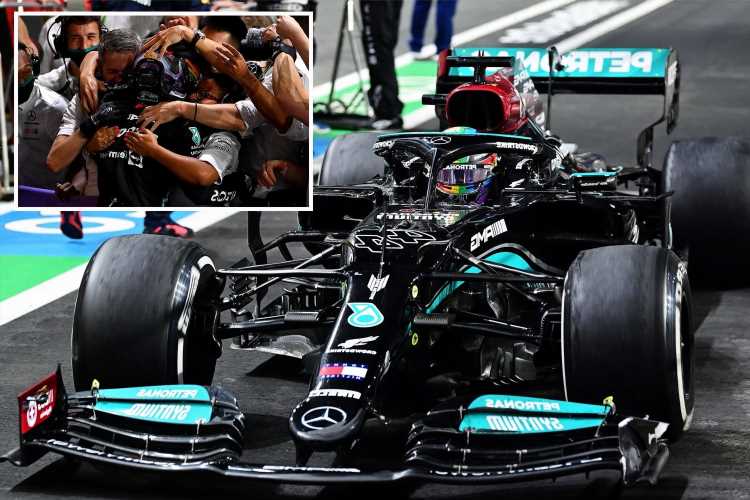 Hamilton now goes into the final race of the season level-pegging with Verstappen as this epic F1 season keeps on giving. 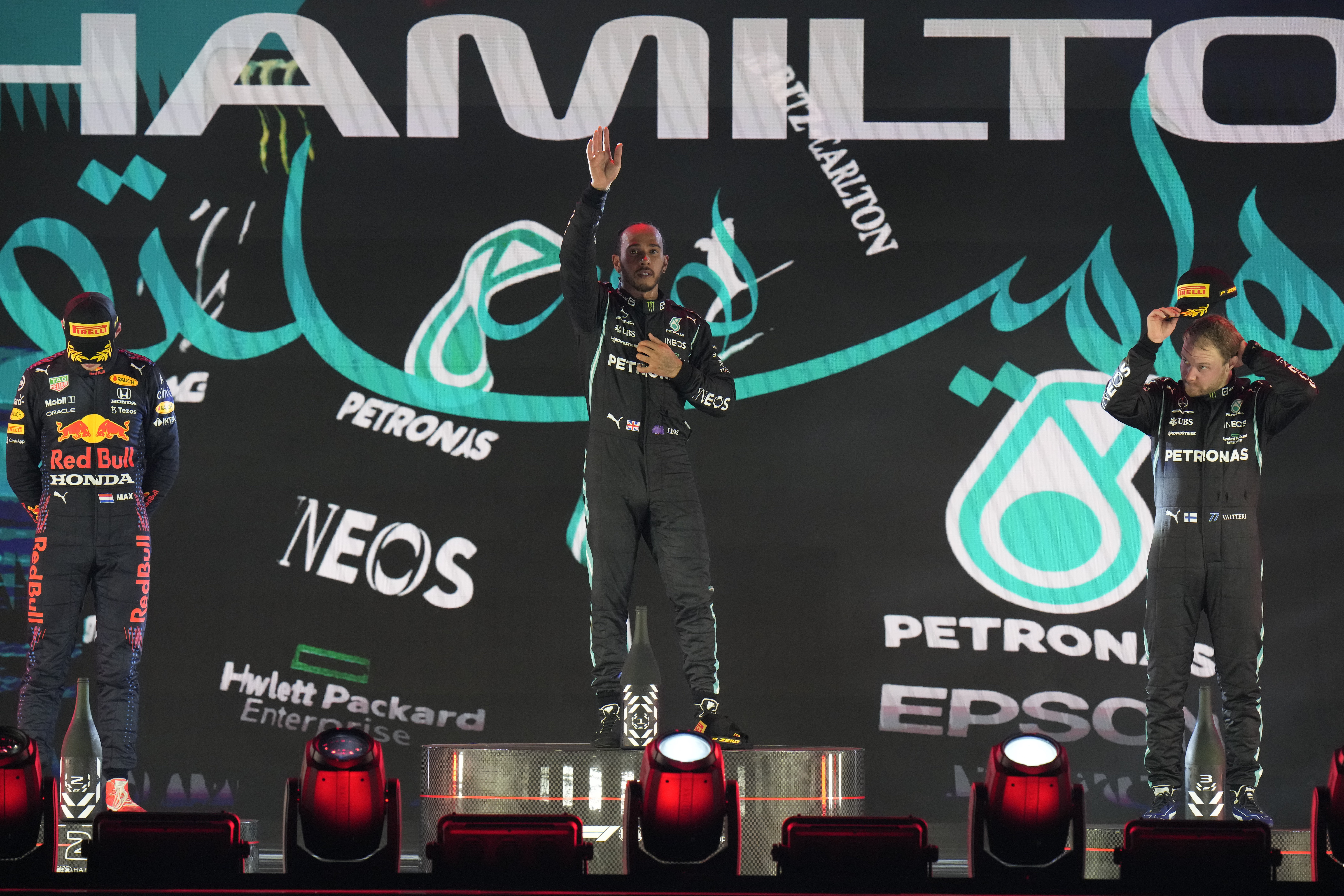 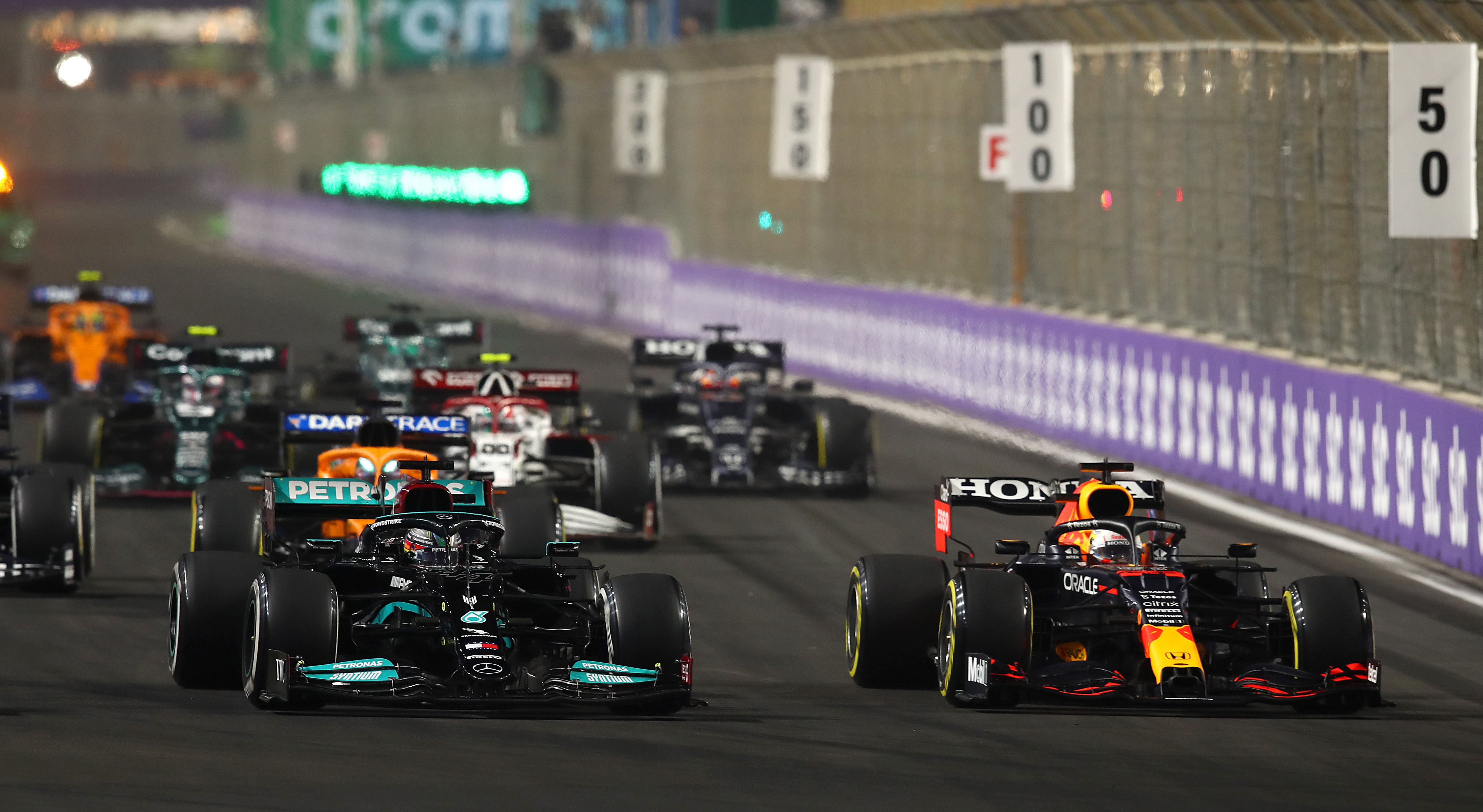 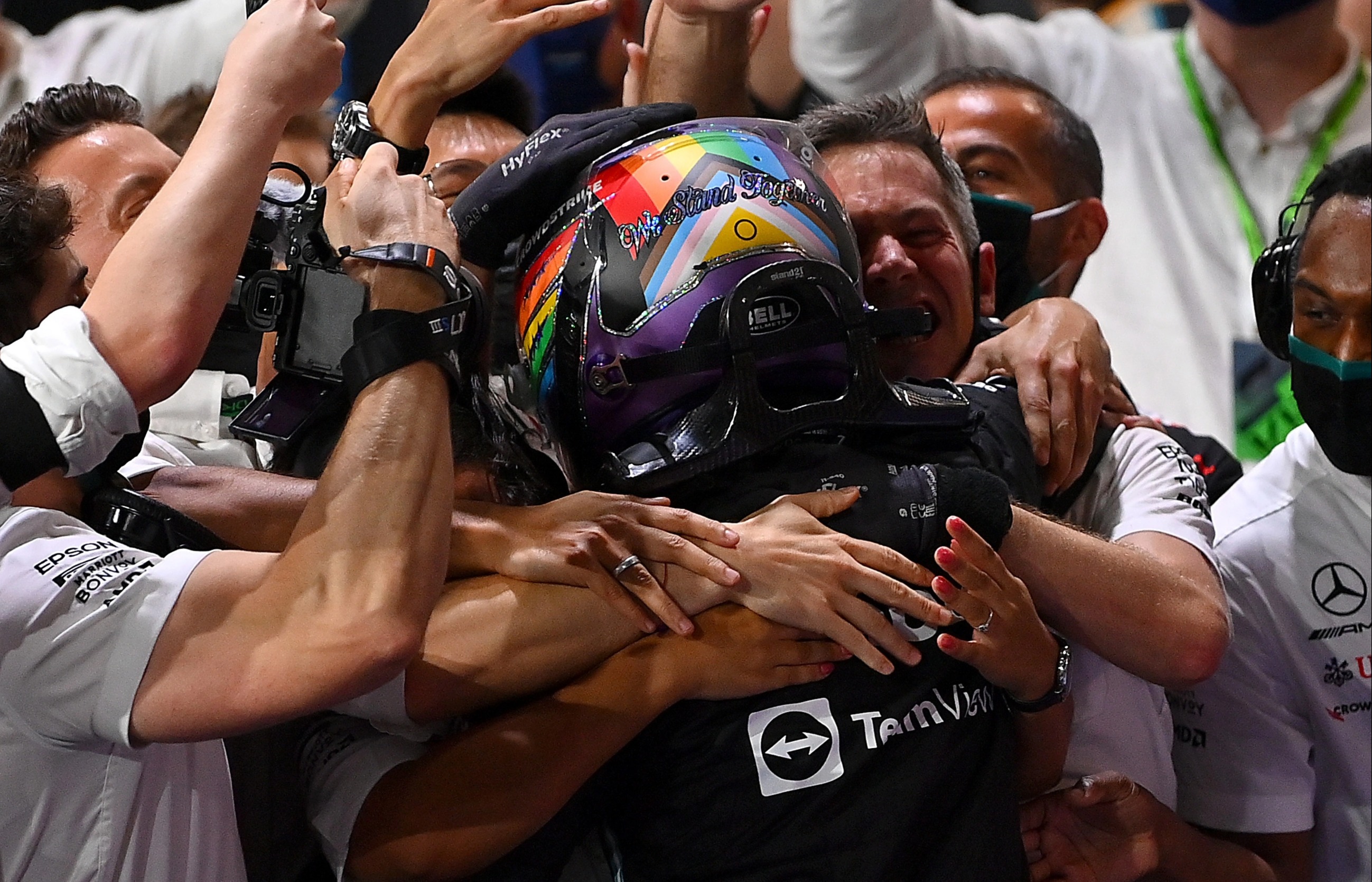 The fall-out from this drama-packed race will continue to spark as Hamilton's hunt for world title number eight is back on.

For Verstappen, the alcohol-free Champagne remains on ice in this dry county as in the heat he lost his cool.

Hamilton made the perfect start from pole, staying clear of his Mercedes teammate Valtteri Bottas and crucially Verstappen.

He then set about thumping out the laps to extend his lead in the clear air ahead of him.

Hamilton set fastest lap after fastest lap while the obedient Bottas did his job as a tailgunner to hold off the threat of Verstappen.

But this track, self-proclaimed as "the fastest street circuit in the world" with its unforgiving concrete barriers and 27 corners was never not going to have some bearing on the outcome of the result. 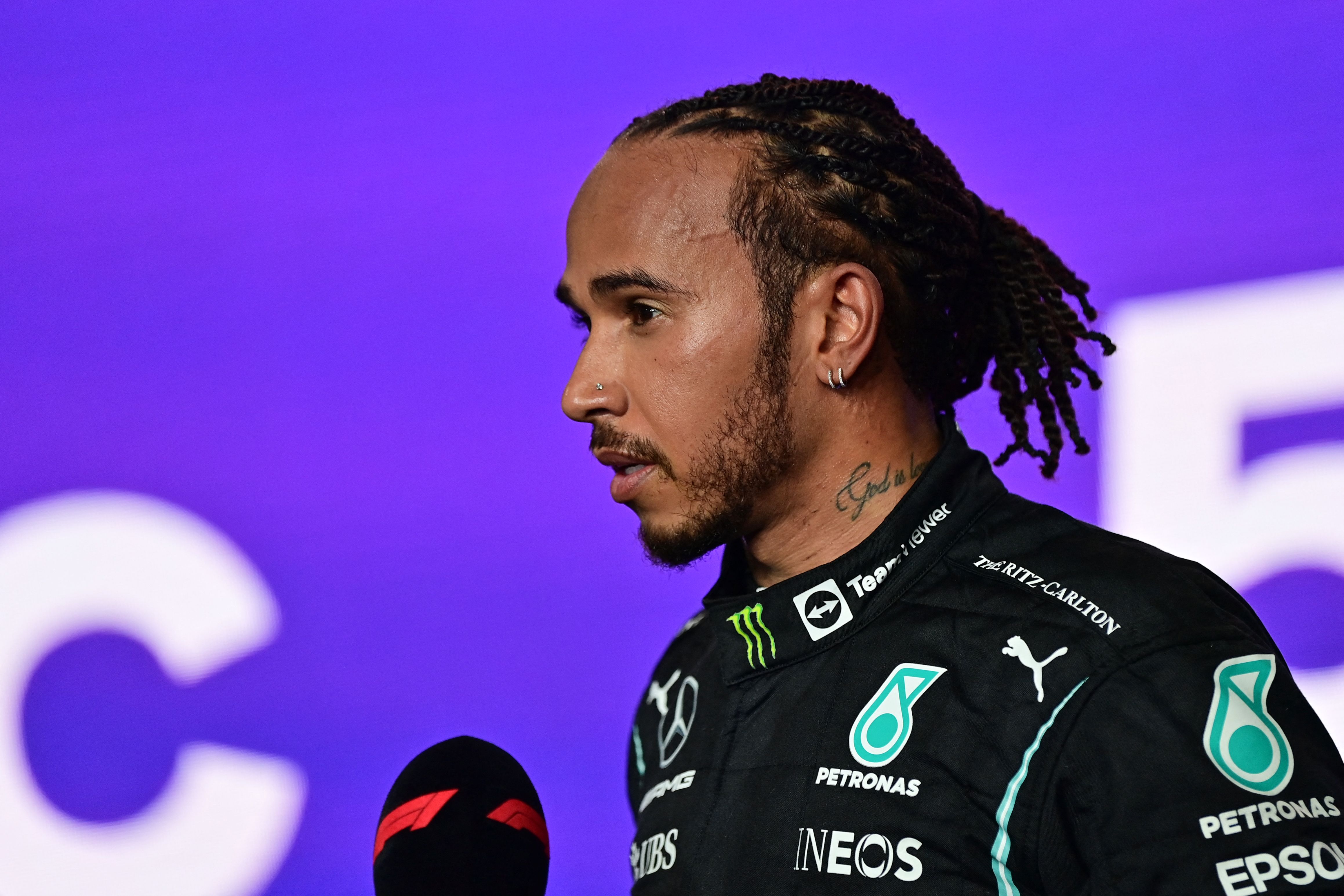 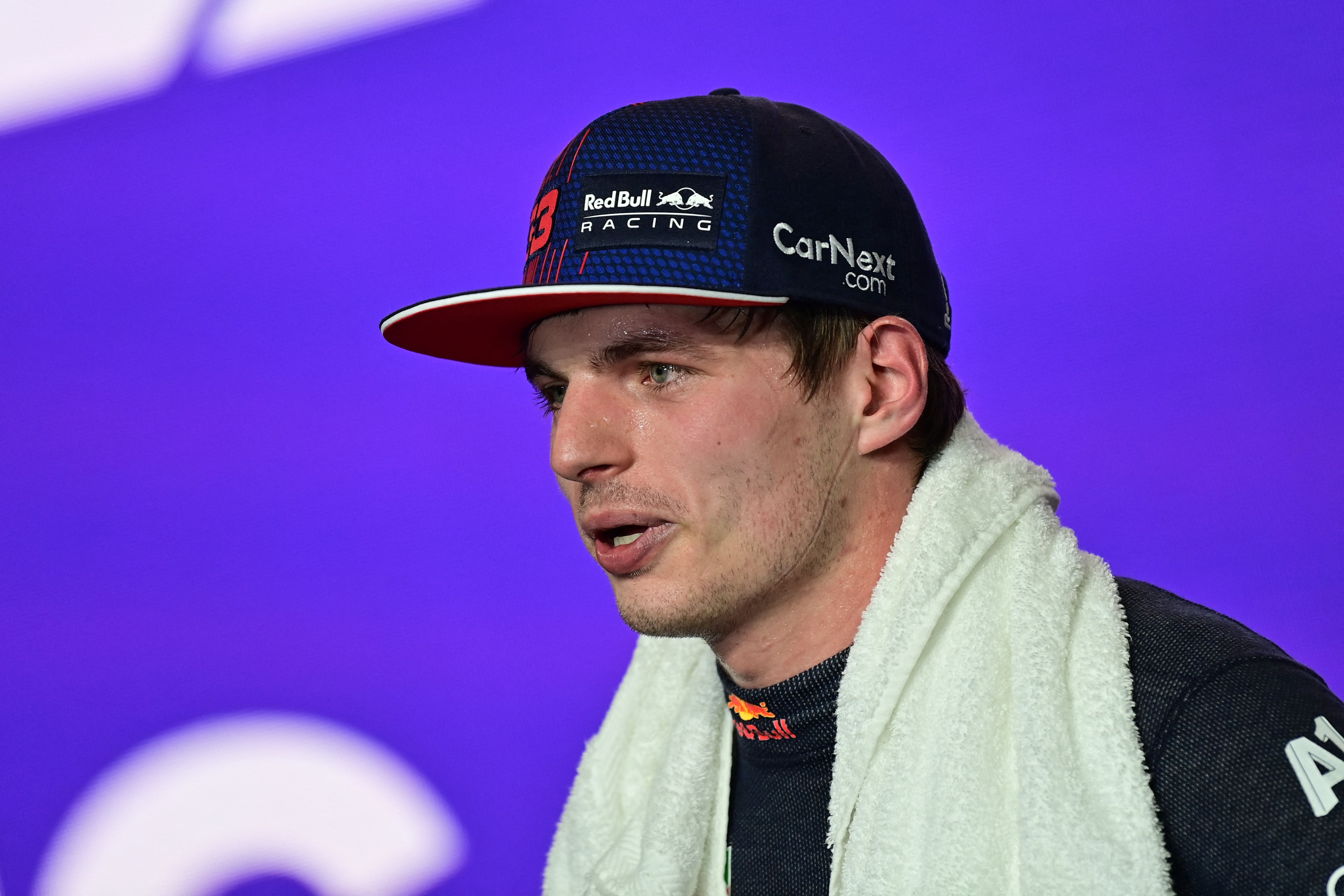 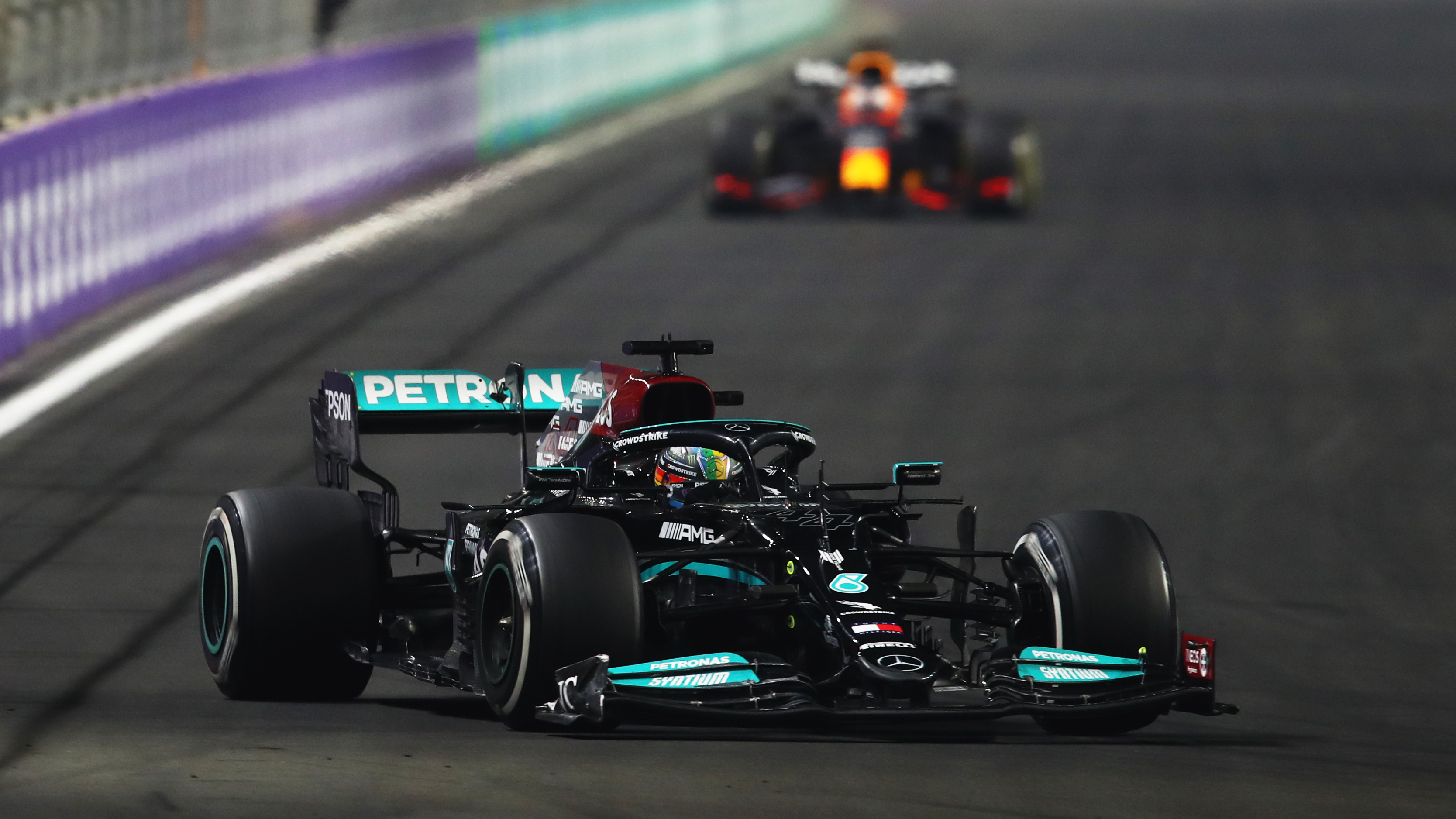 It had played a part already of course, Verstappen's accident in qualifying denied him a surefire pole position.

And so it proved on lap 10 of 50 when Schumacher thudded into the barriers at speed at turn 22.

Masi let's not forget, works for the FIA – F1's governing body; the same group of people who took FIVE DAYS to decide not to investigate Verstappen's controversial defence in Brazil.

The ones who took an age to penalise Verstappen in Qatar with a five place grid penalty for ignoring double-waved flags.

However, Hamilton was given a let off for the same offence here in Saudi Arabia, and only picked up a ticking off for blocking Nikita Mazepin.

Consistency has been missing, and so it proved when Masi then decided to stop the race following Schumacher's crash.

His delay in doing so meant that Merc had already pitted Hamilton from the lead and Bottas for hard tyres, promoting Verstappen into the lead. 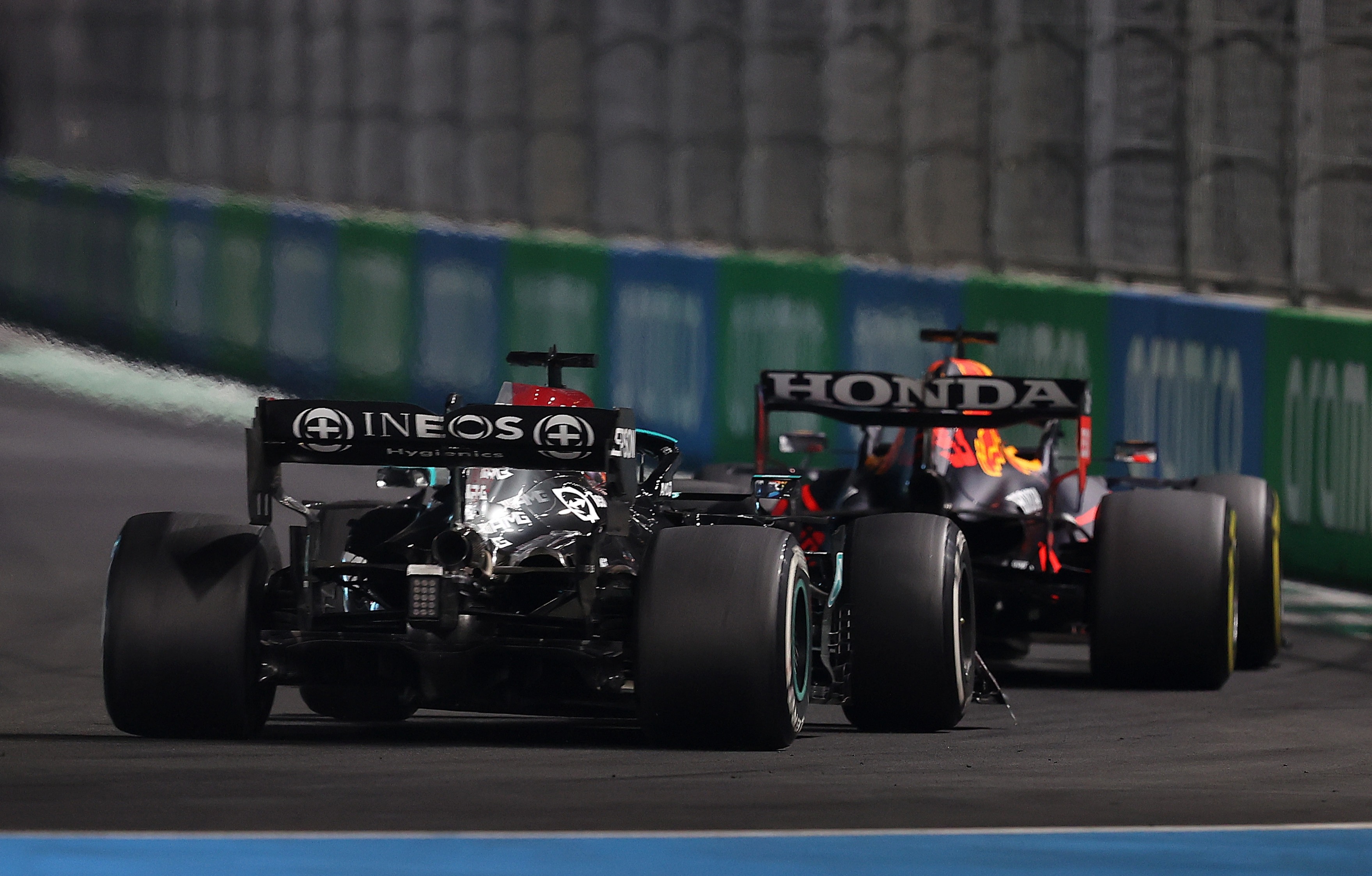 The roll of the dice appeared to be a gamble that backfired as the subsequent red flag allowed Verstappen to change his tyres during the break in action.

Hamilton was furious, insisting the safety barrier was still in tact and that they should have been allowed to carry on.

"Why is it a red flag? The tyre wall looks fine," he said. "Find out what the reason for the red flag is."

After an 18 minute delay, the race resumed from a standing start and Hamilton made another excellent getaway.

He passed Verstappen, who was forced wide at turn one but contined over the kerb to hold on to the lead.

It was a slam dunk decision to tell him to surrender the place, but what followed can only be described as a shambles.

First, the race was stopped for a second time. Masi deployed the red flag after another big shunt involving George Russell, Mazepin and Sergio Perez.

But then there was the damn right ludicrous situation with Masi offering Red Bull an "offer" of starting in second place on the grid for the restart. 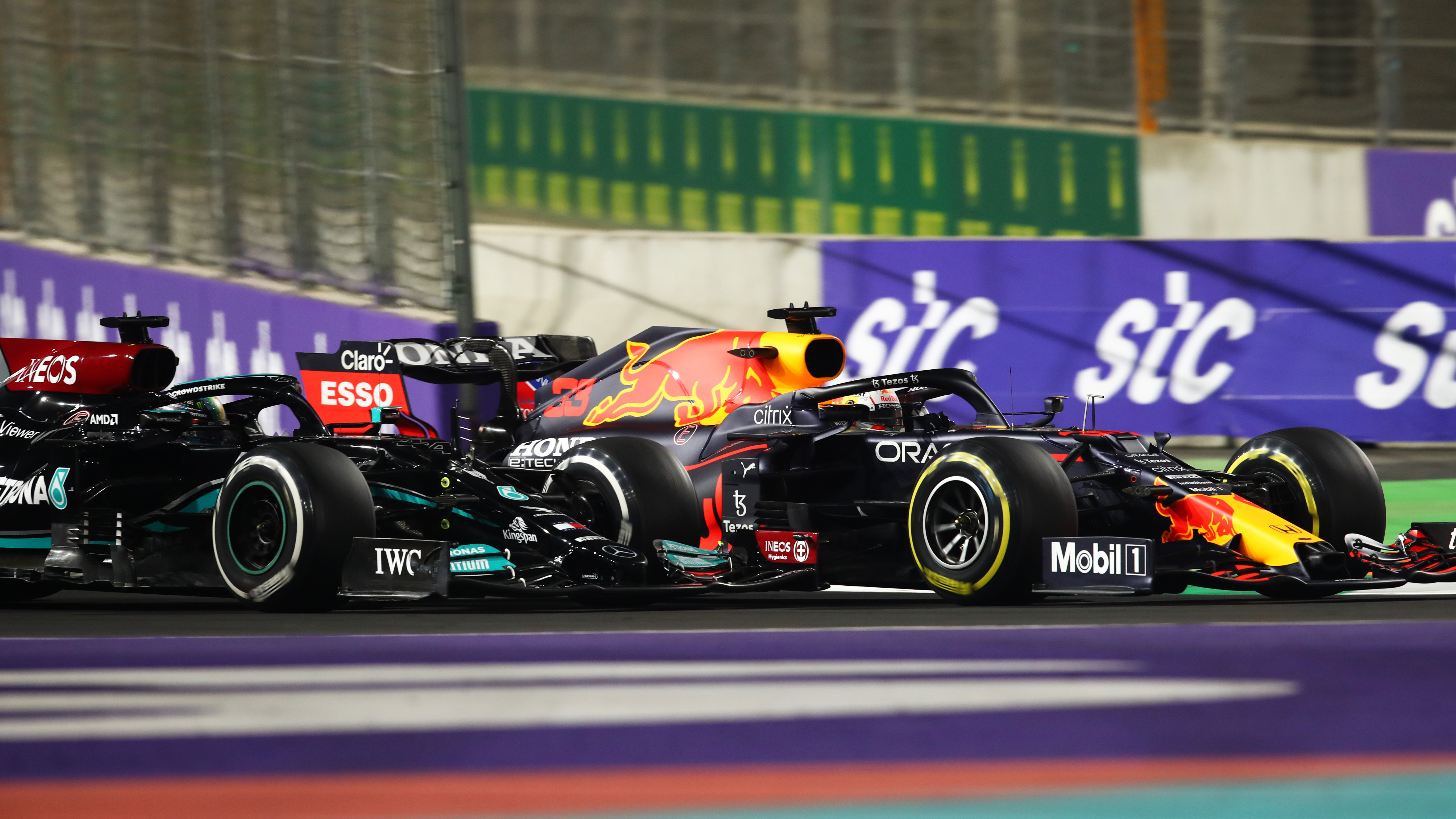 Red Bull's Team Manager Jonathan Wheatley submitted a counter-offer that they would accept the second-place on the proviso they were behind Esteban Ocon.

Masi, getting his maths wrong was then forced to correct his mistake and pointed out that while Ocon was now in second, Verstappen would have to line up in third.

It was like a referee in football doing a deal with a manager over whether it should be a penalty or not.

And so, to the third restart with Ocon, who started in ninth place, on pole.

Hamilton in second and Verstappen in third but on the quicker medium tyres.

That played into Verstappen's advantage off the line as his blistering start saw him leapfrog both Ocon and Hamilton into first place.

Hamilton then moved into second as this incident-packed race finally got into some sort of a rhythm.

But only temporarily as it again became punctuated by virtual safety cars as debris started dropping from the battle scared cars.

And yet there was still time for more drama – and this was the biggest of the lot as Verstappen and Hamilton made contact.

In the laps before, Verstappen had held off Hamilton at turn one, but in his defence ran wide and carried on.

The stewards told him to surrender his place and so on lap 37 he appeared to slow, sending Hamilton into the rear of his Red Bull.

Livid Hamilton accused Verstappen of brake-testing him and his boss Toto Wolff exploded in a rage in the team's garage.

The incident, which will be investigated by the stewards after the race, could see Verstappen wind up in more trouble.

He then refused to surrender his lead, triggering the wrath of the stewards again in the form of a five-second penalty.

And so when he did allow Hamilton to pass on lap 42, he then retook P1 in controversial fashion.

Finally, he did allow Hamilton past, who went on to take the chequered flag and the fastest lap bonus point – meaning they are all square going into the finale in Abu Dhabi next weekend.