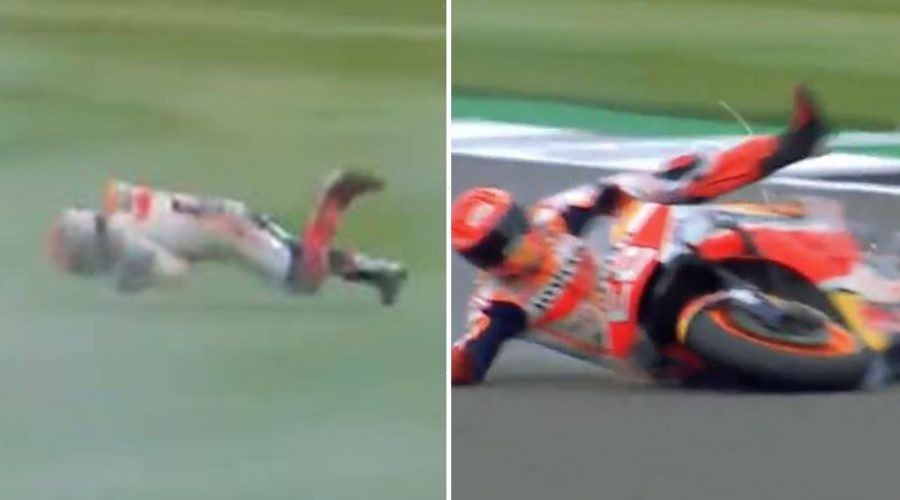 MARC MARQUEZ suffered a terrifying crash at Silverstone that saw him skid across the track for around 100 metres.

In MotoGP practice ahead of ahead of Sunday's British Grand Prix at Silverstone, the Spaniard reached 170mph as he prepared to dart into the high-speed Maggots corner.

But he overcooked his entry and lost control of his bike, which slipped away from underneath him.

As his bike continued into the grass, Marquez skidded behind it into the run-off area and began tumbling across the surface.

After seven rolls across roughly 100-metres of the grass, the 28-year-old ended up on the tarmac at the other side of the Becketts complex.

Fortunately, he was able to stop before he re-entered the racing line and quickly hopped up to exit the track.

Six-time MotoGP world champion Marquez only returned from a broken arm in April after almost a year out, and he took to the track shortly afterwards for Friday's second practice session.

But he required medical treatment after sand was caught in his eye in the incident. 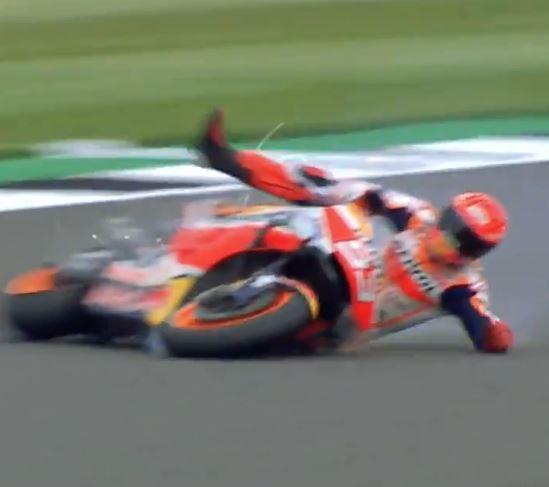 Marquez said afterwards: "Unfortunately at the end of FP1 I had a big crash and in that crash I had some sand inside my eye.

"This meant I was tearing up a lot during FP2, and it was difficult to concentrate well and to perform in the best way.

"But even like this we did a good FP2, but then after FP2 I just started to feel worse with the eye. Always my vision was okay, but there was some sand so I went to the hospital and they cleaned everything."