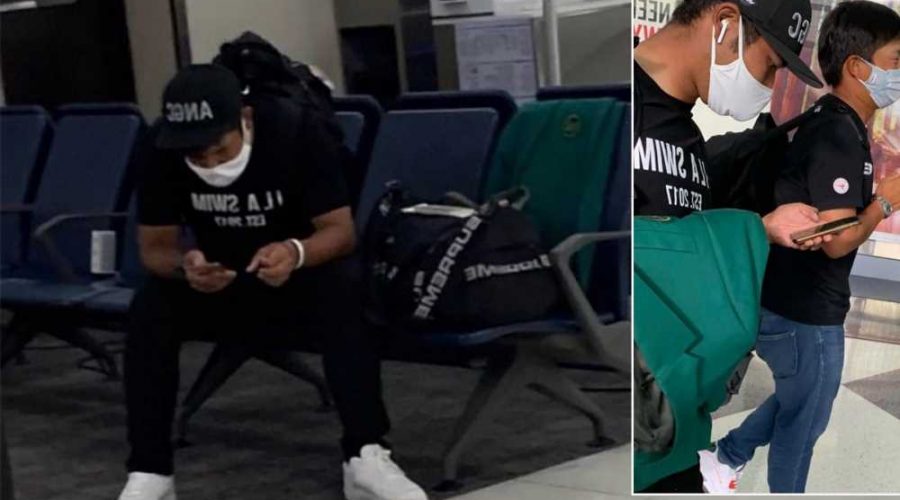 Paige Spiranac fires back after ‘disgusting’ response to Masters tweet

The 29-year-old, who became the first male Japanese golfer to win a major championship, was spotted at the airport waiting to board a commercial flight to Chicago on Monday with his green jacket slung over the back of the seat next to him.

The fan speculated that he was going to take a connecting flight to Tokyo.

He had nothing special to carry the jacket in, and there was no private jet waiting for him. Matsuyama strolled through the airport like the rest of us commoners.

Matsuyama has earned nearly $35 million on the course in his PGA Tour career — and over $2 million alone for his Augusta triumph. But true to his non-flashy nature, he still drives a minivan.

And Sports Illustrated reported that on Saturday, during a rain delay, Matsuyama sat in his car and played video games on his phone.

He returned from the rain delay, going on a torrid streak that propelled him to a four-shot lead after the third round.

Matsuyama held on to win by one stroke over Will Zalatoris on Sunday.