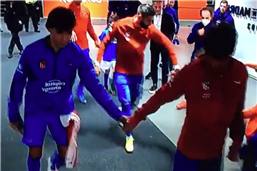 ANTOINE GRIEZMANN hilariously tricked Joao Felix into holding his hand as his mascot ahead of Atletico Madrid's weekend win.

Griezmann, 30, was in the starting XI for Sunday's clash at home against Real Betis. 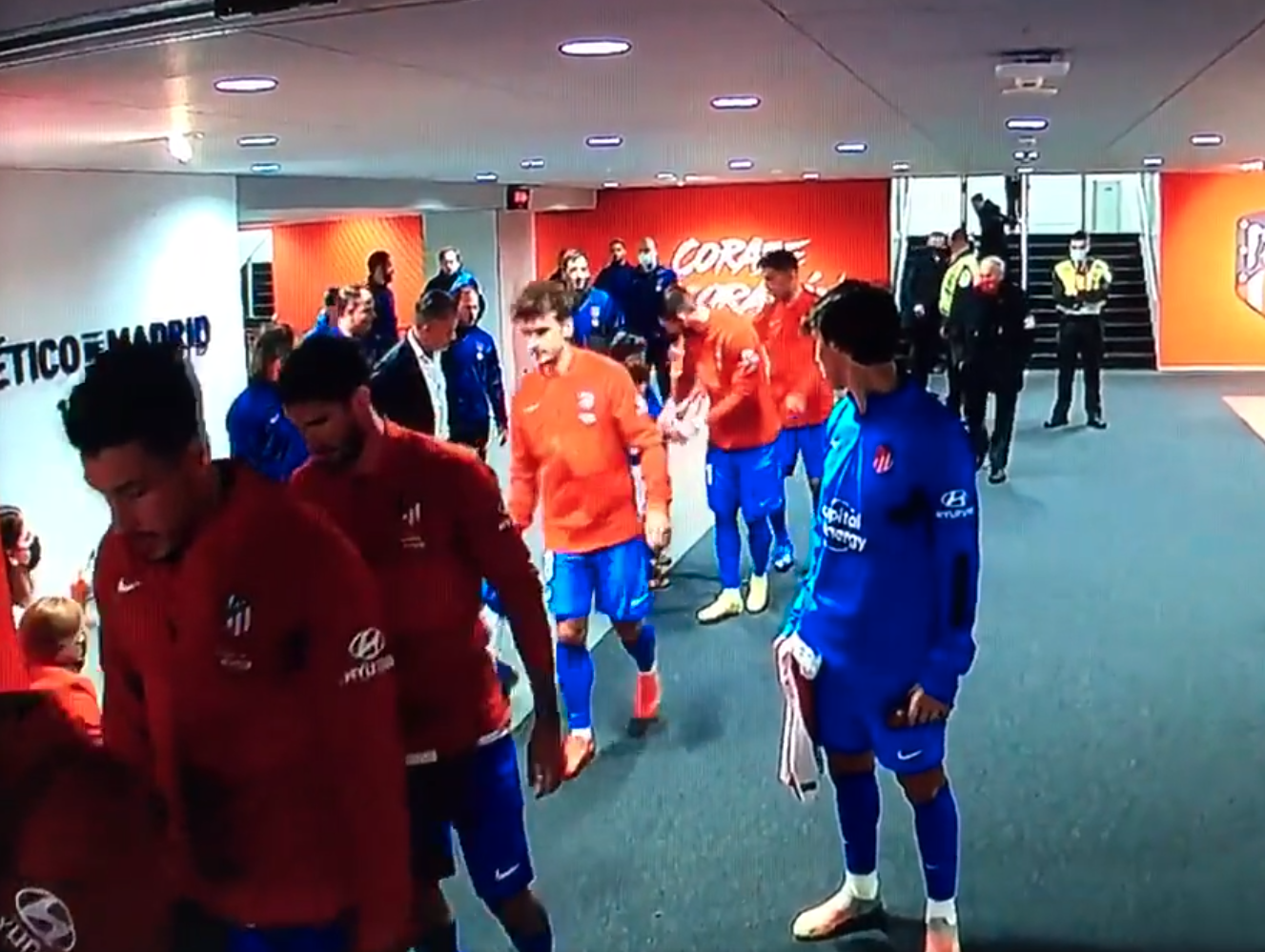 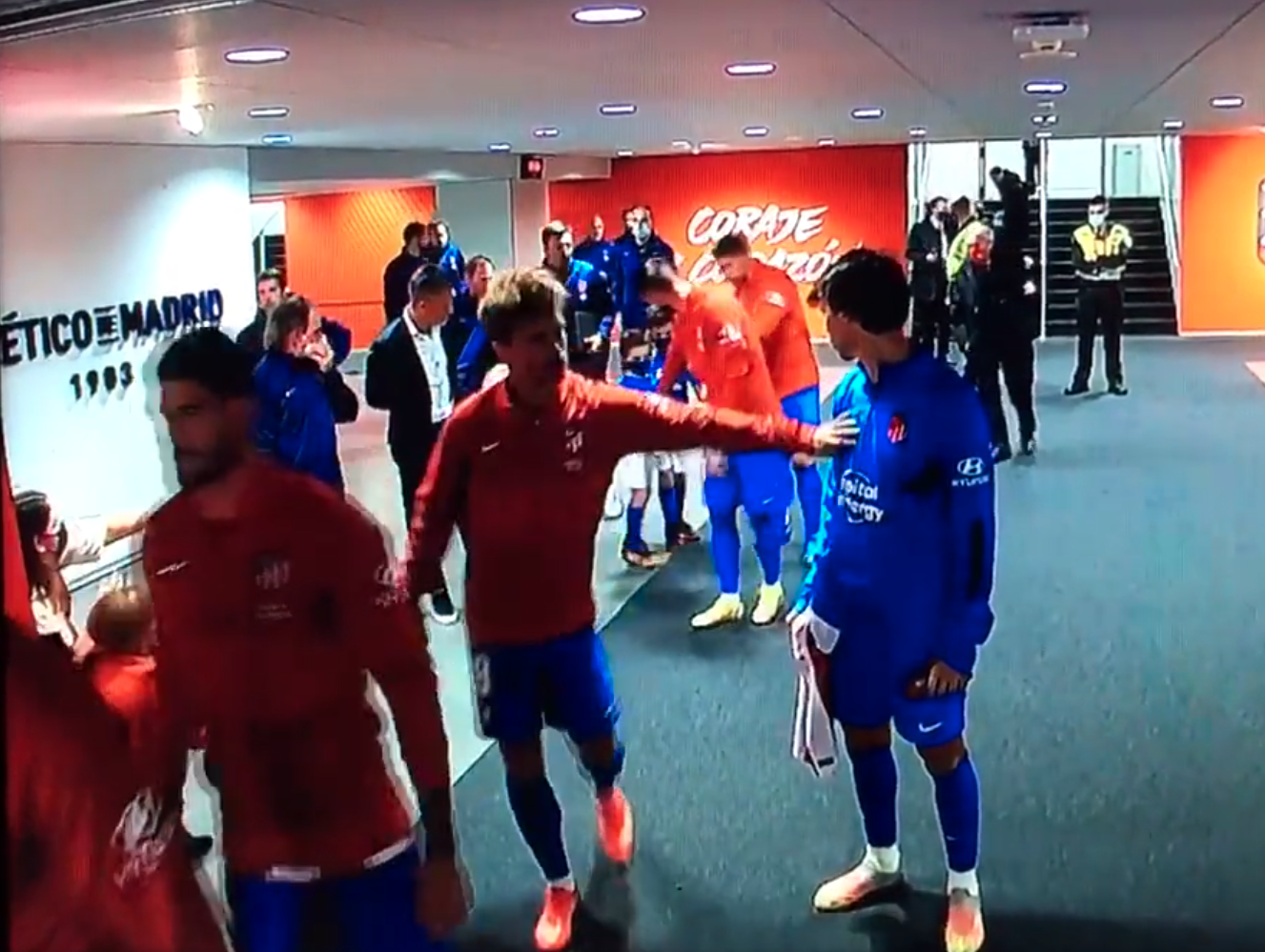 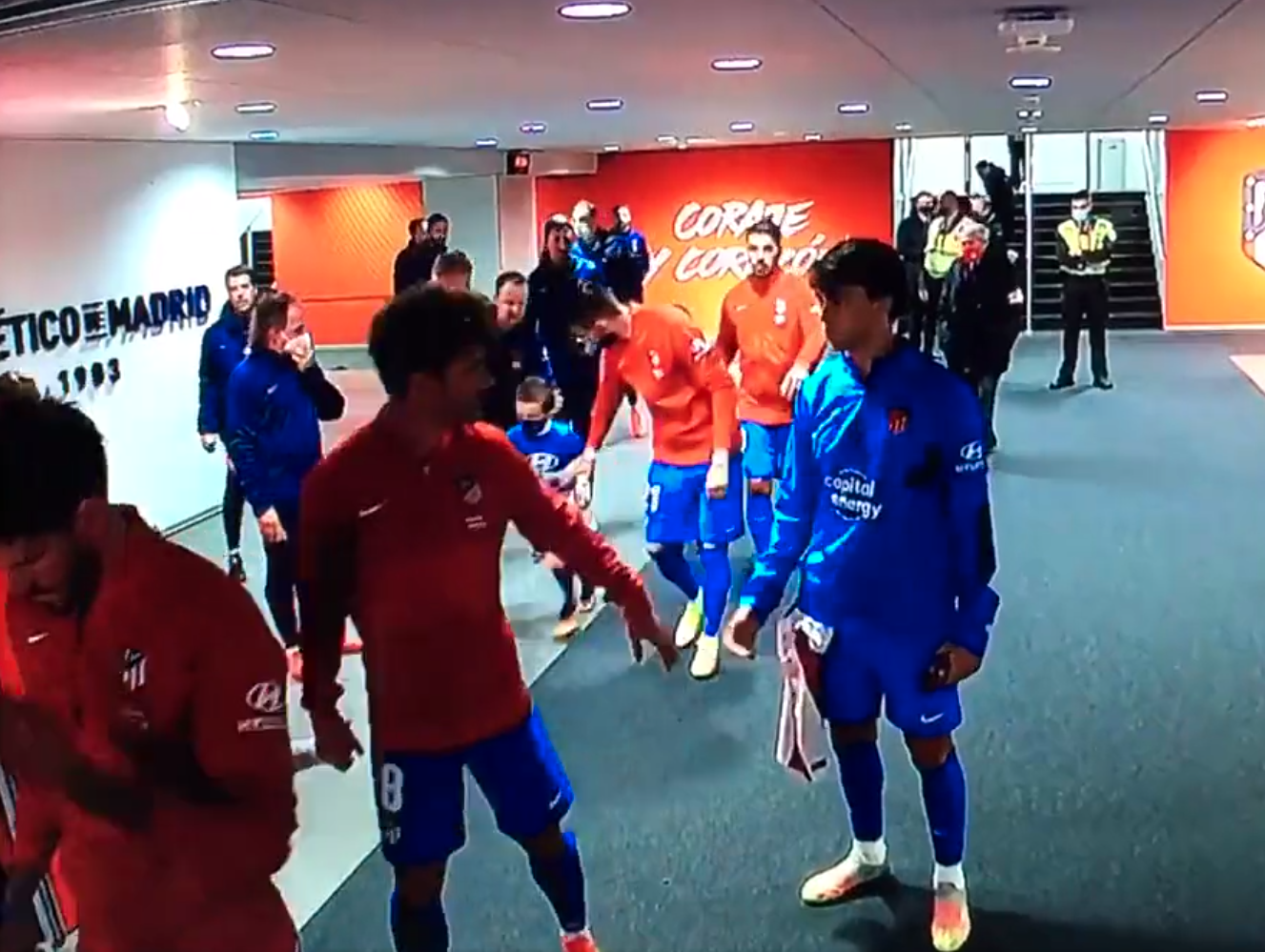 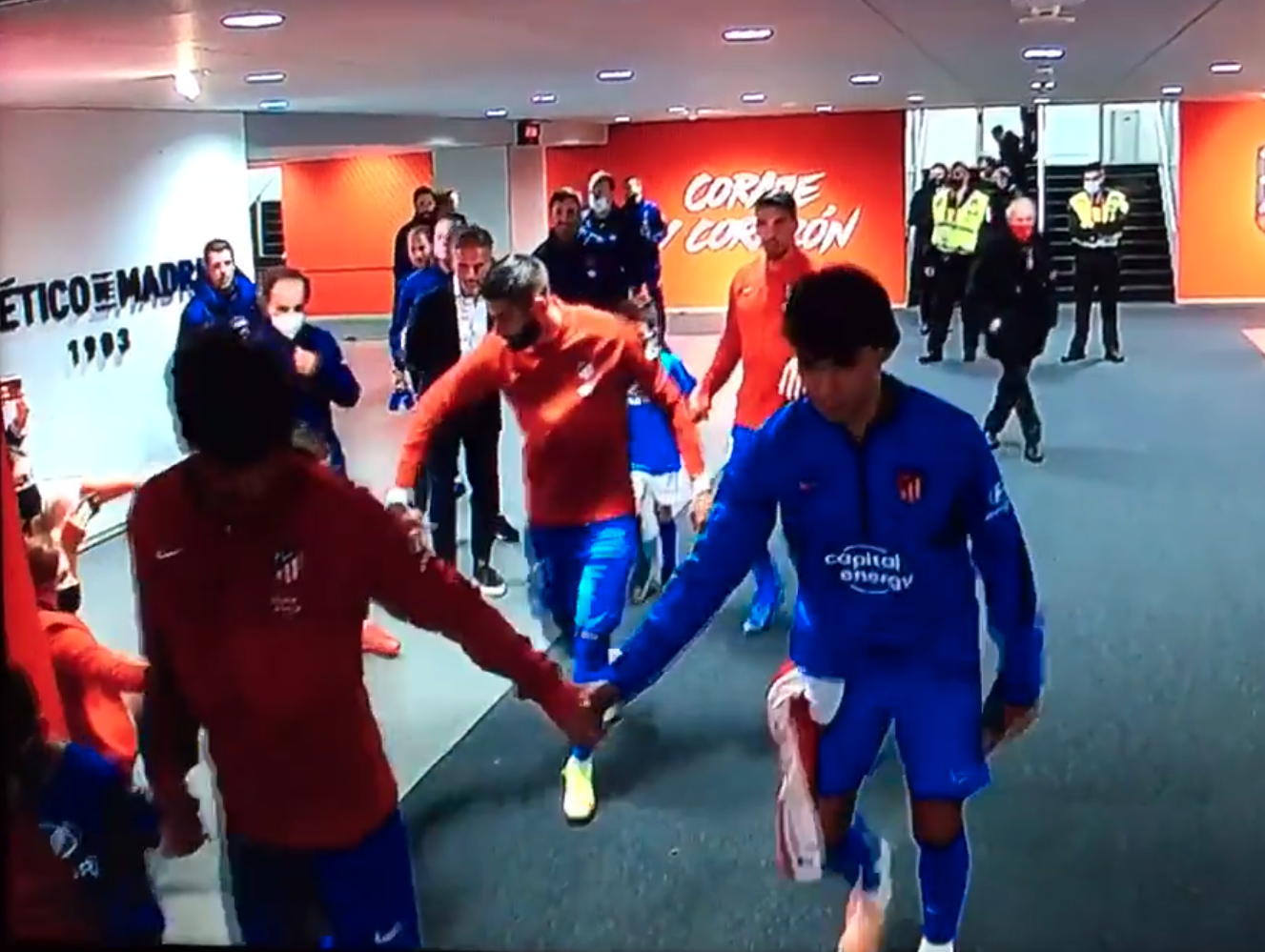 Felix, meanwhile, had to settle for a spot on the bench.

And in a moment of genius from the French forward, as the team was heading out of the tunnel, he tapped Felix with his free left hand – his right holding the actual mascot's hand.

It is unclear if he had been conned by his team-mate or was playing along with the joke.

After a few paces, Felix suddenly swiped his hand away from Griezmann and waited in the tunnel as the rest of the starters head out.

But it was Felix, 21, who had the last laugh come full-time.

Yannick Carrasco blasted Atletico in front on 26 minutes with a powerful strike into the near top corner.

German Pezzella then scored a bizarre own goal, getting his header from a corner all wrong and finding the back of his net.

Substitute Felix then secured the three points with Atleti's third.

He was initially flagged offside after running through on goal and driving low into the bottom corner.

But a quick check by VAR overturned the decision.

And that was the Portuguese star's first goal of the season – matching his tally of red cards.

Griezmann, however, is on four including three in three in the Champions League as he enjoys his loan back at his former club from Barcelona.

The win saw Diego Simeone's side leapfrog Betis into fourth.

The LaLiga champions sit three points behind leaders Real Sociedad with a game in hand. 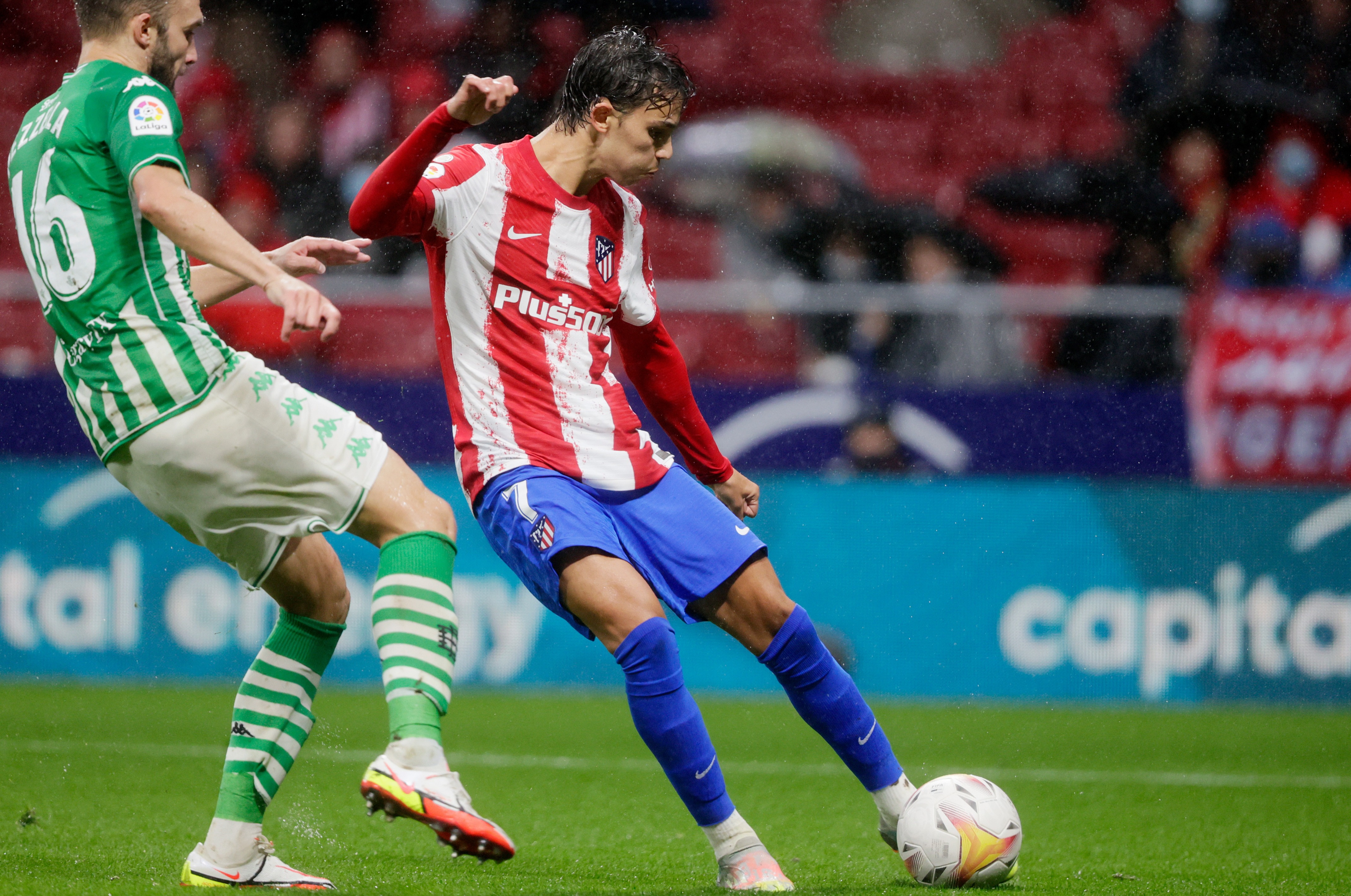