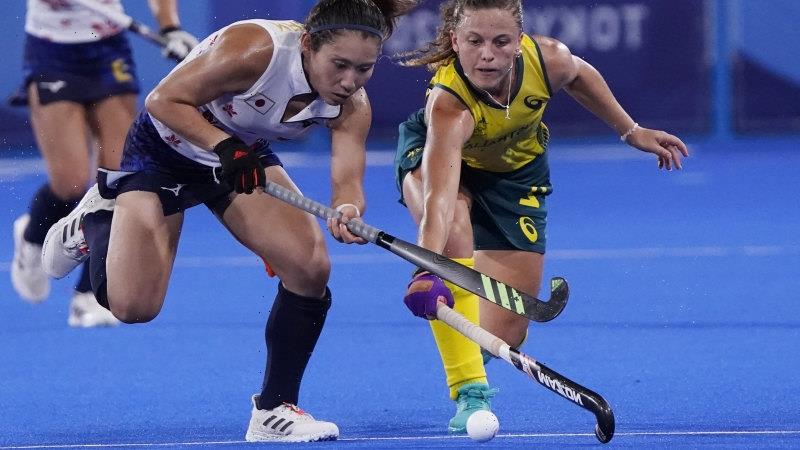 The Hockeyroos have kept their perfect record at the Toyko Olympics intact by beating Japan 1-0 on Wednesday night.

Australia had scored nine goals in defeating Spain 3-1 and China 6-0, but found hosts Japan – the only side in Pool B without a point after two opening defeats – stubborn opponents on their home field. 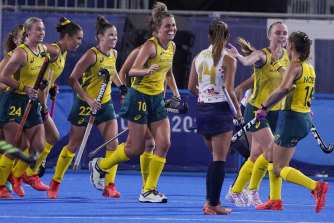 Australia’s Maddy Fitzpatrick celebrates her goal in the win over Japan.Credit:AP

Kaitlin Nobbs saw her penalty stroke saved and it was left to Maddy Fitzpatrick’s third-quarter strike to secure a third-straight victory for the Hockeyroos.

Japan, the lowest-ranked team in the competition, started in aggressive fashion and caused Australia early problems.

Kanon Mori was inches from breaking the deadlock but Hockeyroos goalkeeper Rachael Lynch – winning her 230th cap – tipped her shot around the post with a smart stop.

Australia almost made their first penalty corner count as Sakiyo Asano blocked Kate Jenner’s shot and Brooke Peris sent the rebound onto the post and out. 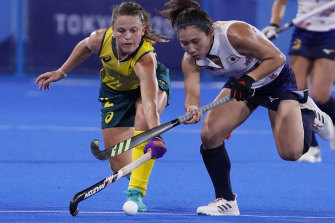 Asano made an even better save to deny Nobbs moments later and Japan soon had the ball in the Australia net.

Yuri Nagai smashed home a shot which slipped through Lynch’s grasp. But it was ruled out as the ball had not initially travelled five metres.

Australia seized the lead three minutes into the third quarter just as a penalty corner routine had appeared to break down.

The ball was recycled to Fitzpatrick and her crisp low shot gave Asano no chance.

Renee Taylor spent five minutes off the field after being given a yellow card and later left the action for good.

But Japan could not make their late pressure count and the Hockeyroos held on to take a sizeable step toward the quarter-finals.

Australia are back in action on Thursday against New Zealand.