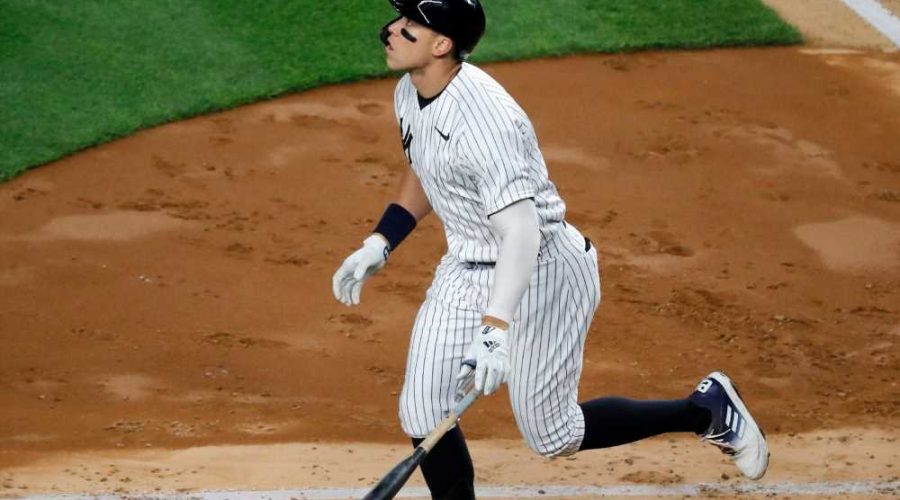 Francisco Lindor's Mets struggles are more worrisome than you think

Worth the big money? No need to contemplate that one right now.

Aaron Judge had himself a night in his return to the Yankees’ lineup, closing out a pretty solid (if agita-generating) April with a laser show as the team opened a critical homestand Friday with a 10-0 thrashing of A.J. Hinch’s Tigers at Yankee Stadium.

“I think the results speak for [themselves],” Judge said afterwards.

Plenty of speaking from the home team. The Yankees (12-14) pounded Detroit’s pitchers for 15 hits, including five homers, and five walks; surely Mets ace Jacob deGrom envied his pinstriped counterpart Gerrit Cole, who continued his own sublime 2021 with six shutout innings, allowing only four hits, walking none and striking out 12. Yet on this night when everyone in the Yankees’ starting lineup reached base at least once via hit or walk, Judge stood out among the crowd by contributing a solo homer in the third inning and then a grand slam in the fourth, quite a statement indeed from the guy who didn’t start the prior two games due to an unspecified “lower body” issue.

“Obviously I want to be in there every single day. Me and Boonie go back and forth a couple of times when things pop up,” Judge said. “But in my opinion, if I miss one day here, I think that’s better than pushing through some things and missing a whole month because of an injury.”

Judge’s 23 games played tie him (with Stanton and Aaron Hicks) for fourth on the team, which doesn’t quite align with another category in which he paces the pack: most stress over, and discussion of, his health.

Boone, in removing Judge from the ninth inning of a close game Tuesday and then sitting him the next two days (he pinch-hit in Thursday’s loss to the Orioles), stressed the importance of “the long game” with his behemoth right fielder, who played in only 63 percent of the Yankees’ regular-season games (242 of 384) from 2018 through 2020. Judge’s injury history, combined with Boone’s refusal to be specific over Judge’s compromising ailment — on April 7 and April 9, a “left side” issue sidelined Judge — created much understandable consternation in the Yankees’ universe.

Asked on Friday if he could be more specific about what plagued him, Judge said, “Lower-leg soreness. That’s about it.” He didn’t know how the problem originated, he added.

If this is the 2021 Judge model, the Yankees should take it. Take the short-term hand-wringing in return for avoiding the injured list. Take the 436-foot blast to straightaway center field in the third off Detroit starter Tarik Skubal, then the granny to the right-field second deck off Buck Farmer after enduring a few days of questions. A recent reworking of his hitting mechanics, which Judge said occurred on the team’s last road trip, apparently worked.

“When we talk, it’s more just kind of the long game,” Boone reiterated, “and making sure that if anything seems to be creeping up or becoming an issue, trying to squash it right away.”

Another long game with Judge naturally comes in trying to figure out what he’ll get paid after he finishes his sixth full year of service in 2022. The talk of a Mike Trout-sized deal started back in 2017 when Judge played in 155 games, won American League Rookie of the Year honors and finished second in AL Most Valuable Player voting to the Astros’ Jose Altuve. That talk has faded with each passing season. Nevertheless, to steal from Judge, his talent speaks for itself.

The answer couldn’t be more simple: Judge’ long-term future is an open canvas, to be determined largely by how he performs, and how often, this year and next. If he replicates this April every month through September, the games played and the production, he’ll put himself in a really strong position — agita be damned.