LIVERPOOL are set to bring in Diogo Jota for his debut Premier League start as they face Aston Villa without Covid-hit Thiago Alcantara and Sadio Mane.

The £45million recruit from Wolves is likely to come in for Mane, while Reds boss Jurgen Klopp hopes Jordan Henderson will recover from a muscle injury. 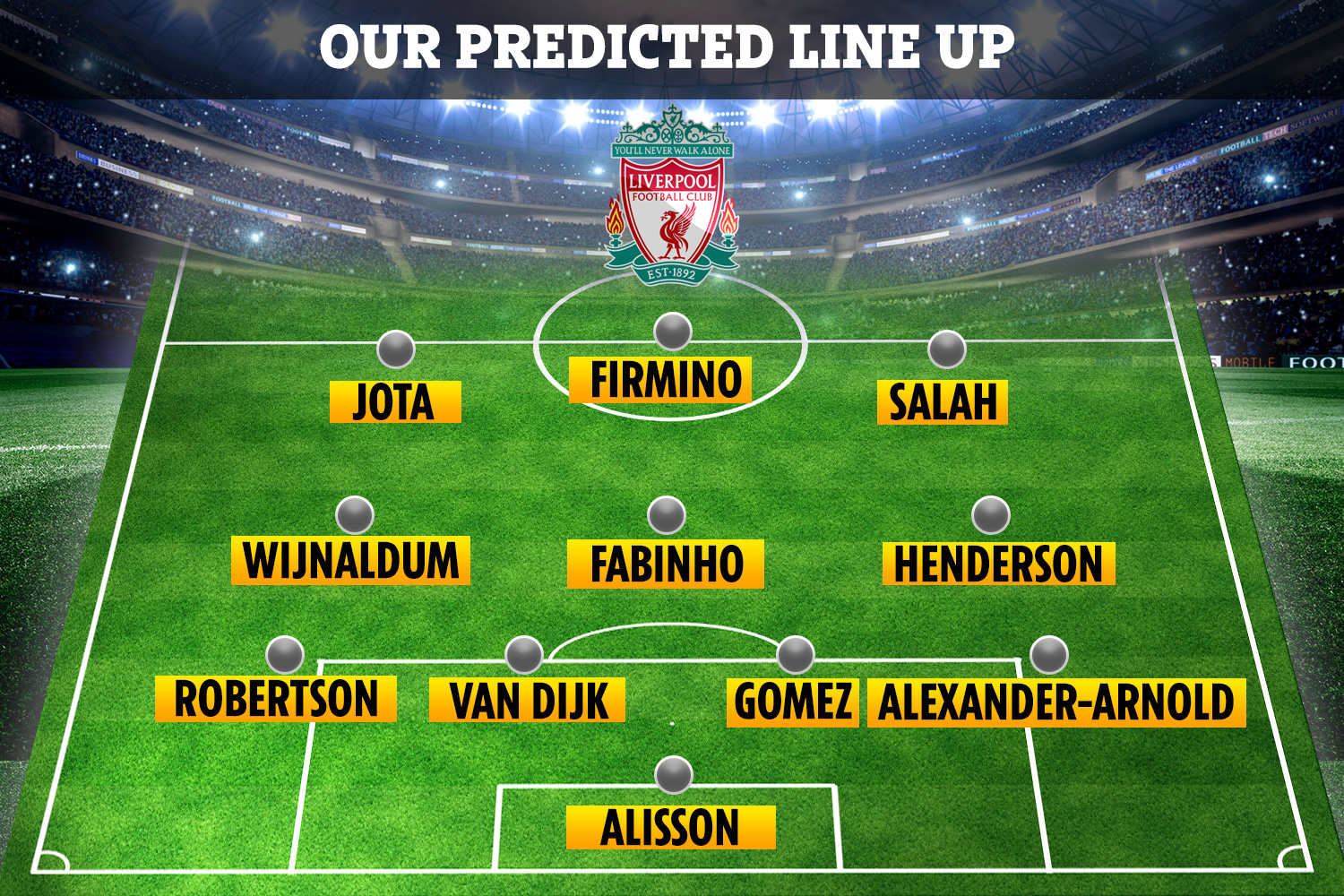 Portuguese striker Jota, 23, scored his first Liverpool goal in the 3-1 Prem win over Arsenal at Anfield on Monday.

He came off the bench to replace Mane in the 80th minute.

Henderson has been out since the 2-0 win at Chelsea.

The Reds revealed £27m Bayern Munich midfield signing Thiago was struck down with coronavirus and must self-isolate for a fortnight.

Then, Senegal frontman Mane was also hit with the disease.

He also faces two weeks out.

It is a huge blow for the Merseysiders as Thiago had looked impressive in victory at Stamford Bridge, his Liverpool debut.

Mane had netted three goals in his last two games.

Along with Sunday's trip to Villa, the pair are likely to miss the internationalbreak games but hope to return for the derby with neighbours Everton in the Prem on October 17.

Klopp played several kids in the penalty shootout Carabao Cup defeat to the Gunners on Thursday.

But of those youngsters, only Curtis Jones has a small chance of starting against Villa.

If Henderson is not ready to start, either Naby Keita, Jones or James Milner is likely to come into the central midfield three.

The champions have started their defence impressively and are looking for a fourth win out of four in the league.

Villa, who were outstanding in their 3-0 win at Fulham on Monday night, are looking to bounce back from their humiliating 1-0 Carabao Cup home defeat to Championship side Stoke in midweek.