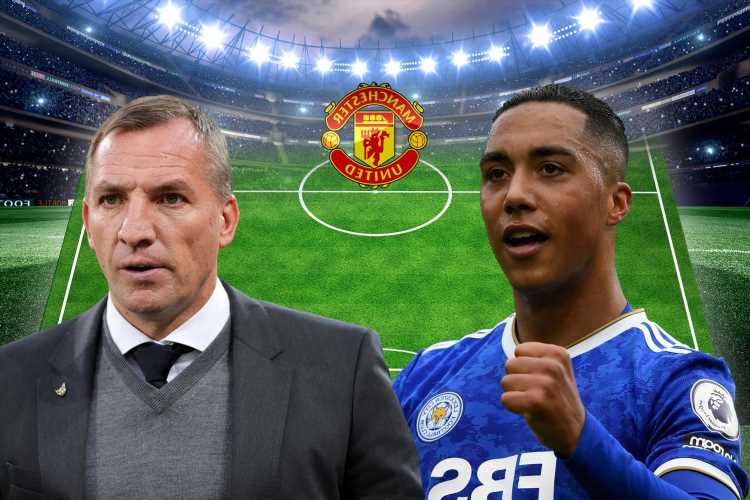 FORMER Liverpool boss Brendan Rodgers is one of four men being considered as a replacement to Ole Gunnar Solskjaer by Manchester United chiefs.

And SunSport has explored how the Red Devils could line up under the Leicester gaffer if they decide to sack Solskjaer and appoint the Northern Irishman. 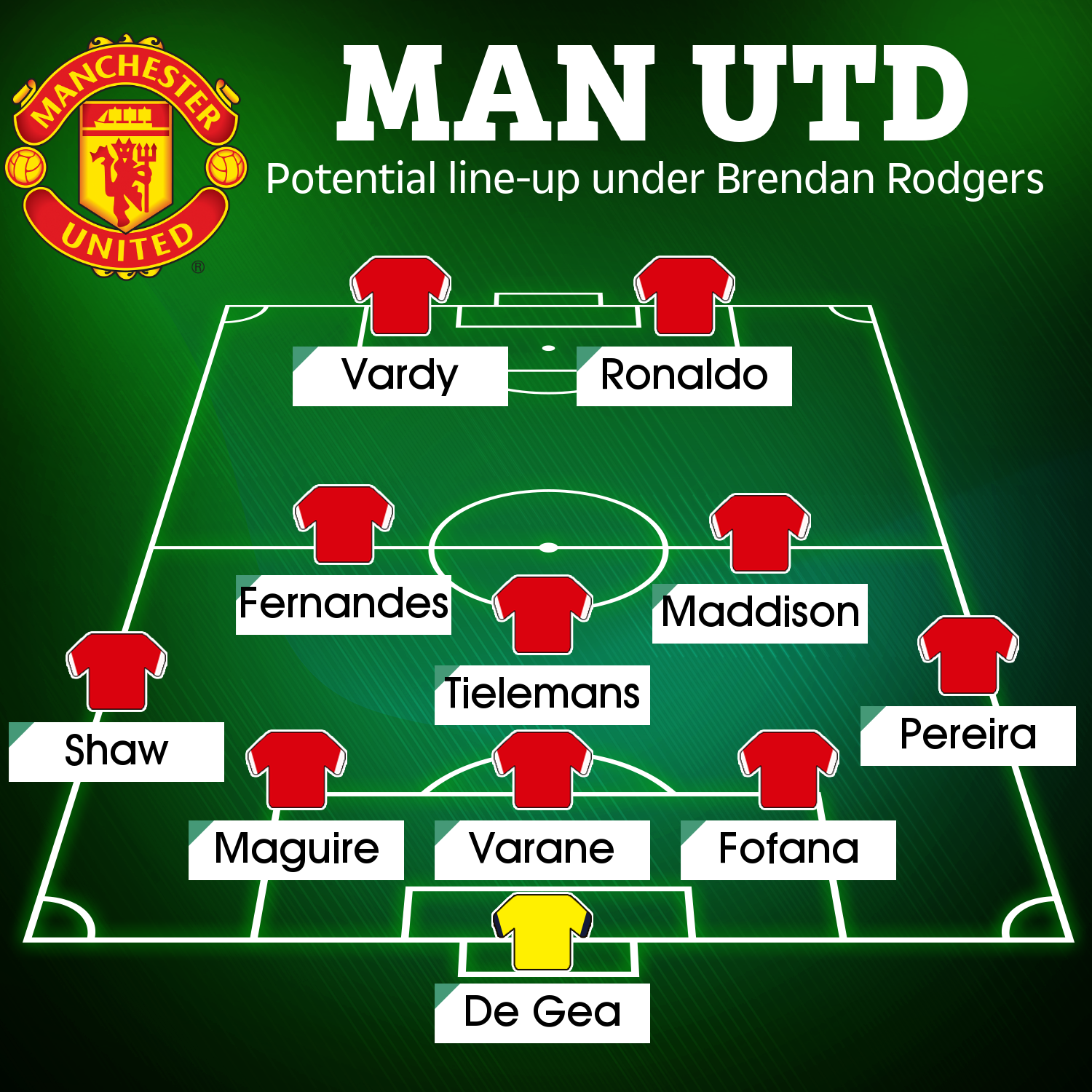 A leading agent has been instructed to contact some of the biggest names in the game, with Ajax boss Erik Ten Hag, former Real Madrid chief Zinedine Zidane and ex-Inter Milan manager Antonio Conte on the list with Rodgers.

United chiefs are desperate not to sack Solskjaer, but they can no longer ignore the shocking downturn in form and results.

Things reached their lowest point on Sunday when they were hammered 5-0 at home by bitter rivals Liverpool.

With Solskjaer's team struggling for form, Rodgers would likely look to add to United's ranks in January if he was in charge by then.

The Reds have previously been linked with Foxes duo Youri Tielemans and Wesley Fofana.

United raided Rodgers' side two years ago when they signed skipper Harry Maguire. 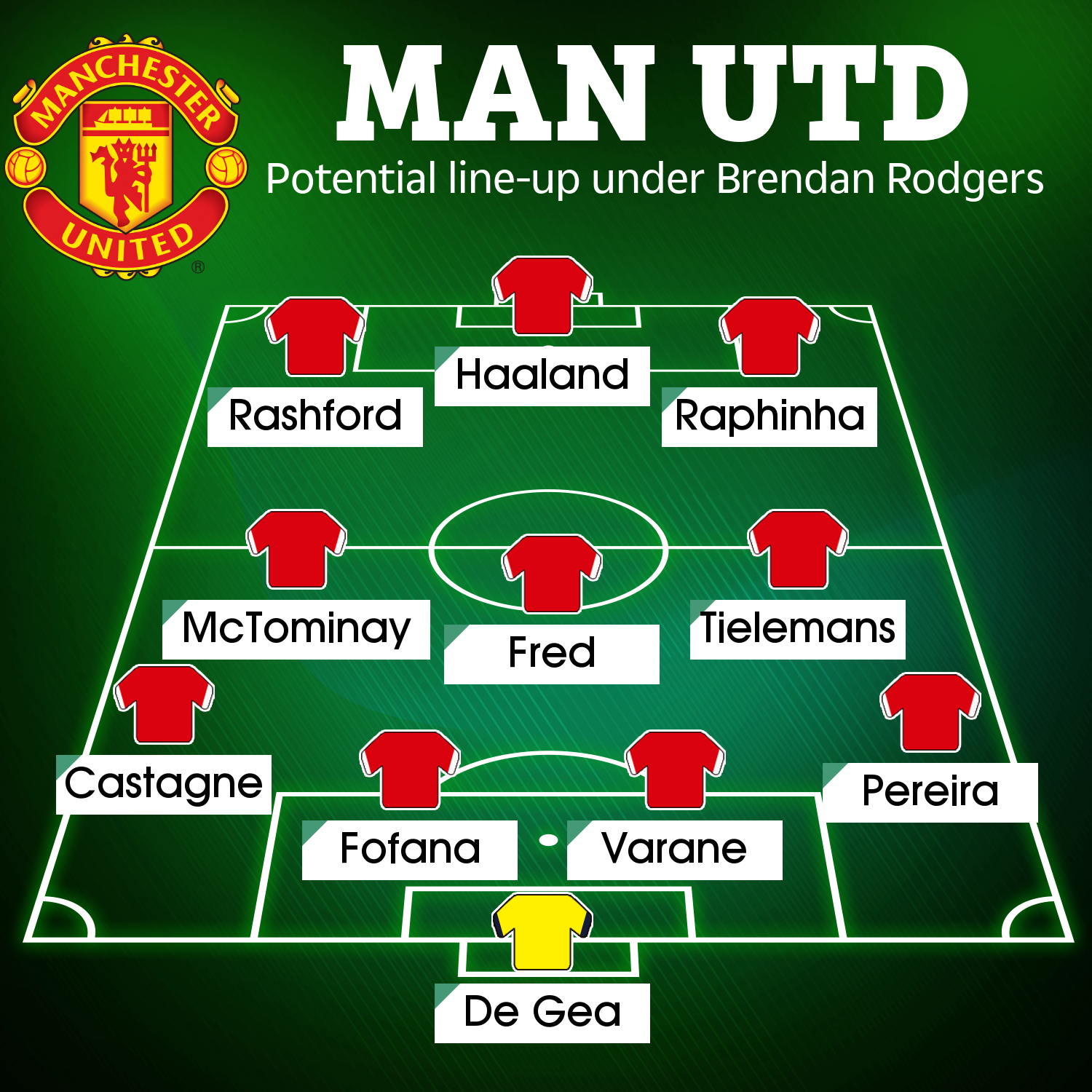 According to But! in France, the Red Devils are keen on centre-back Fofana – despite having recruited Raphael Varane in the summer.

United are said to be 'very hot' on the defender, despite his current long-term injury.

Reports elsewhere suggest United are among a host of top clubs chasing Tielemans.

Leicester's FA Cup final hero from last season is out of contract in 2023 and is open to a transfer.

Tielemans is believed to have turned down a new contract at the King Power, putting clubs on red alert.

As well as United, the likes of Chelsea, Liverpool, Bayern Munich, Real Madrid and Atletico are all reportedly keen.

Rodgers often plays a 5-3-2 system at the King Power.

That could see Fofana playing in a back-three with Maguire and Varane between wing-backs Luke Shaw and Ricardo Pereira – who could also arrive.

James Maddison has previously been linked with an Old Trafford switch and the Englishman could partner Tielemans and Bruno Fernandes in a three-man midfield.

Jame Vardy could be an unlikely target and could partner fellow veteran Cristiano Ronaldo up front with Edinson Cavani likely to leave at the end of the season.

But if Rodgers sticks with United's current preferred 4-3-3 system, a more defensive trio could be used in the middle of the park behind a front three of Marcus Rashford, Erling Haaland and Leeds ace Raphinha.