The Toronto Raptors are in the NBA Finals for the first time in franchise history.

One year ago, this would have sounded ludicrous. Last season, after a franchise-best 59 wins, the Raptors were swept out of the playoffs by LeBron James and the Cleveland Cavaliers, raising major questions about their future.

But while trades equipped the Raptors with star players, they also were in a position to make those moves because of their excellent drafting. The Raptors don’t have a single player on the roster who was taken in the lottery. Furthermore, several of their best rotation players were picked in the 20s, the second round, or went un-drafted entirely.

Here’s how the Raptors built the best team in the East and a potential threat to the Golden State Warriors:

Unlike some top teams, the Raptors’ core was built almost primarily through trades. 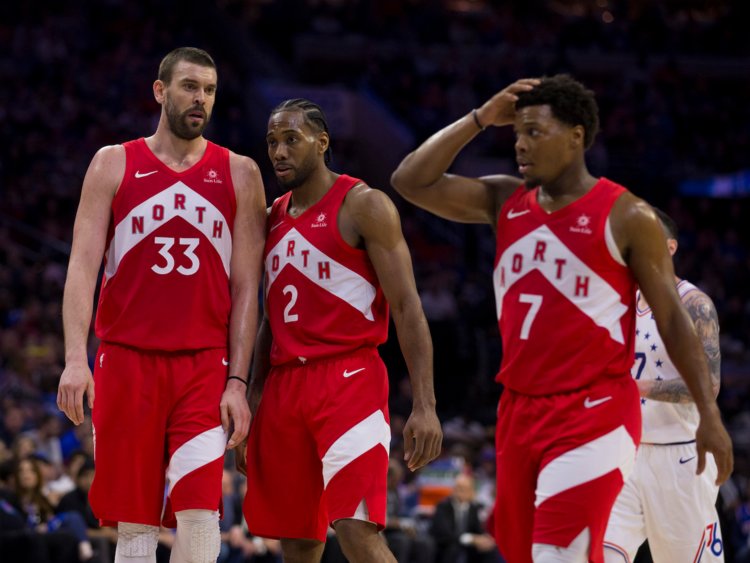 The Kawhi Leonard trade put the Raptors over the top. 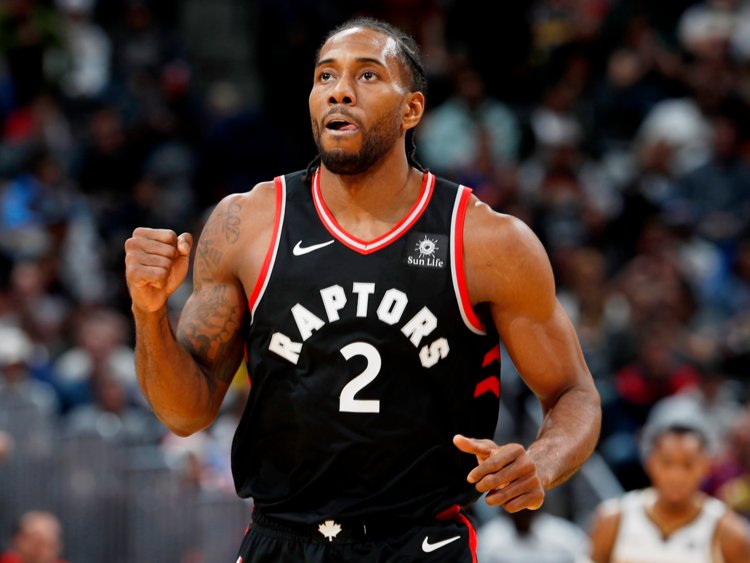 If someone wants to quibble with the idea that the Raptors built a contender without a top-10 pick, it’d be that they used one to acquire Leonard.

In July, after Leonard had a falling-out with the San Antonio Spurs, the Raptors swooped in by offering DeMar DeRozan (the 9th pick in the 2009 draft), Jakob Poeltl, and a top-20 protected pick.

The deal immediately paid off. Leonard made All-NBA Second Team this year and has only elevated his game in the postseason, averaging 31.2 points, 8.8 rebounds, and 3.8 assists per game on 50.7% FG and 38.8% 3FG while often being asked to defend the opponents’ best player. There is some debate over whether he’s the best player in the NBA.

Danny Green also came over in that trade and proved essential, averaging 10 points per game with 45.5% three-point shooting in the regular season. 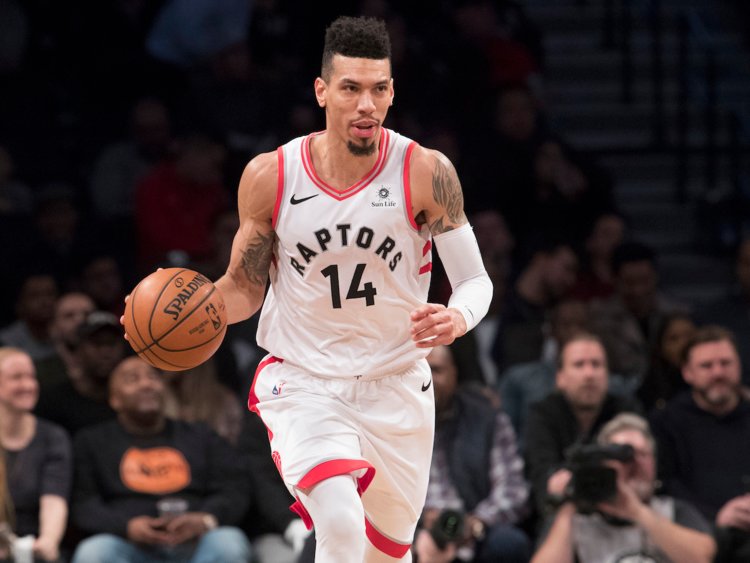 Kyle Lowry is the longest-tenured Raptor. He, too, came over to the team in a trade. 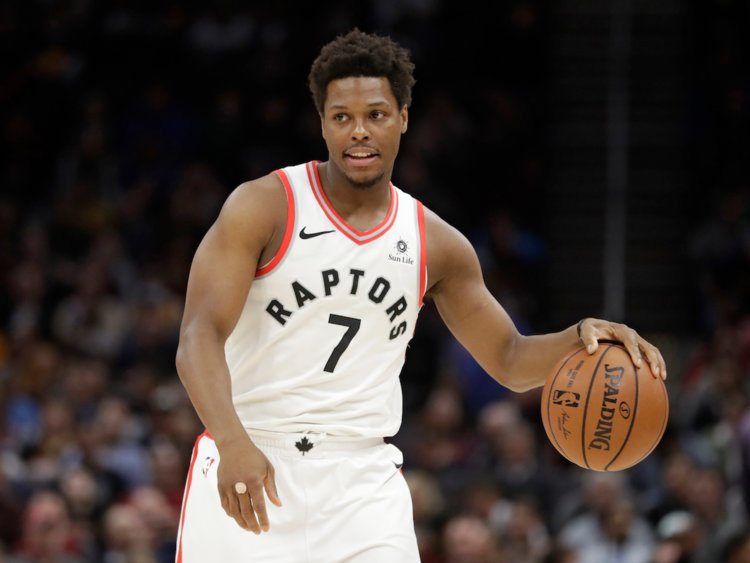 In 2012, the Raptors traded with the Houston Rockets for Lowry, whose role had fluctuated between starting point guard and a backup to that point. The Raptors traded Gary Forbes and a protected first-round pick that eventually became Steven Adams (the Rockets traded that pick to the Oklahoma City Thunder in the James Harden trade).

Lowry has thrived in Toronto, averaging 17 points, 5 rebounds, and 7 assists per game and making four All-Star teams in his seven seasons.

The Raptors also built their front-line with trades. In 2017, they acquired Serge Ibaka from the Orlando Magic for Terrence Ross and a first-round pick. 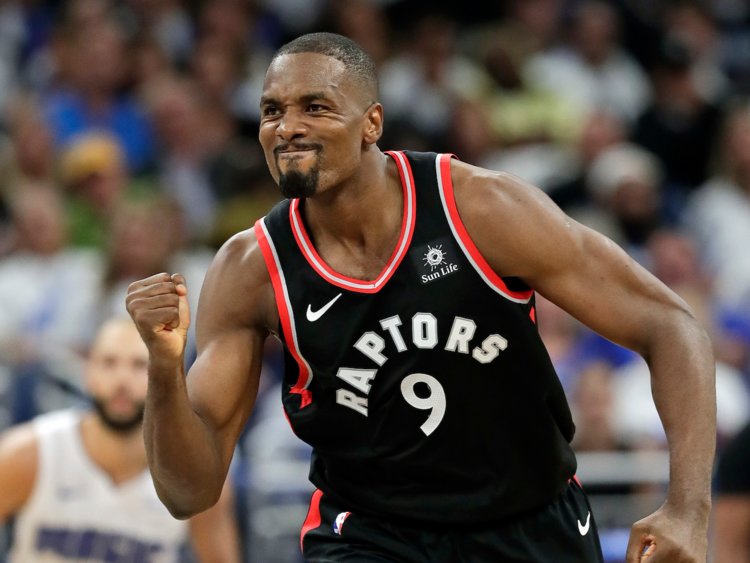 This year, the Raptors went all-in by trading Jonas Valanciunas, Delon Wright, and C.J. Miles for Marc Gasol at the trade deadline. Gasol, a three-time All-Star and Defensive Player of the Year, has shored up the Raptors’ defense and helped spread the floor in the playoffs. 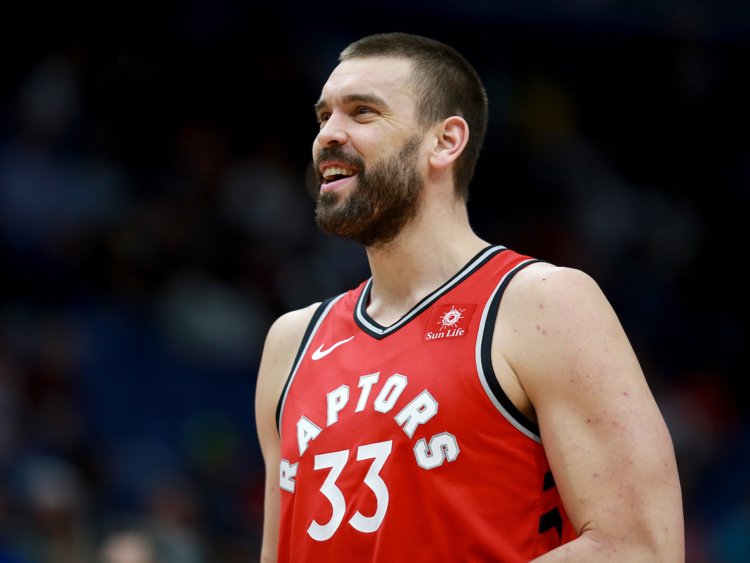 Perhaps most impressive is how the Raptors have been able to get value late in the draft and the second round. 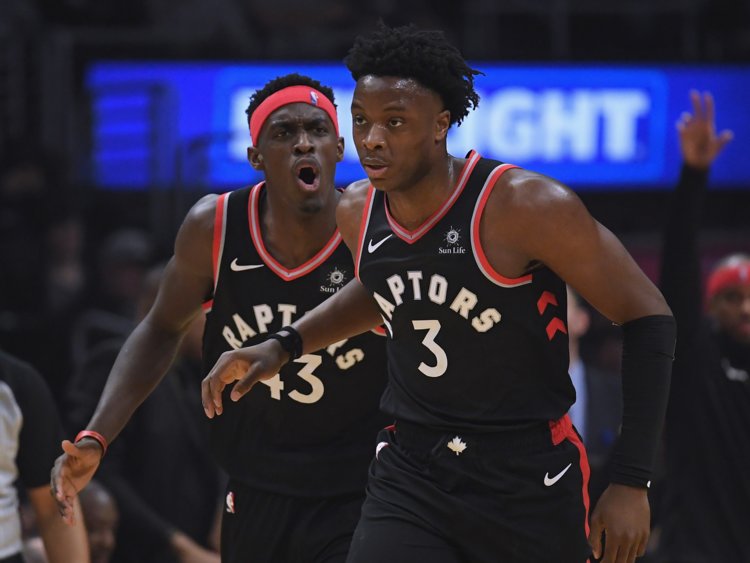 This season, third-year forward Pascal Siakam had a breakout year, averaging 17 points, 7 rebounds, and 3 assists per game while playing versatile defense. Siakam was the 27th pick in the 2016 draft and learned basketball somewhat later in life while growing up in Cameroon. 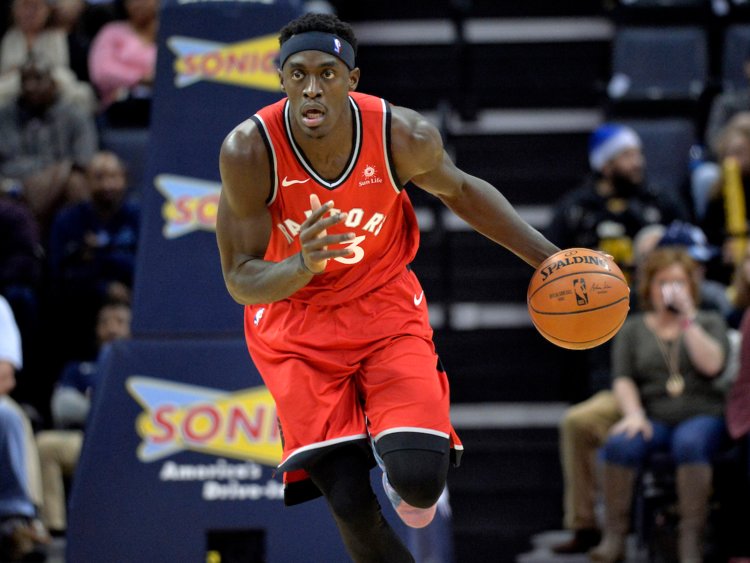 Reserve guard Fred VanVleet had a huge conference final, hitting 14 of his last 17 three-pointers to help the Raptors close out the Bucks. He was undrafted and eventually signed with the Raptors after playing on their Summer League team in 2016. 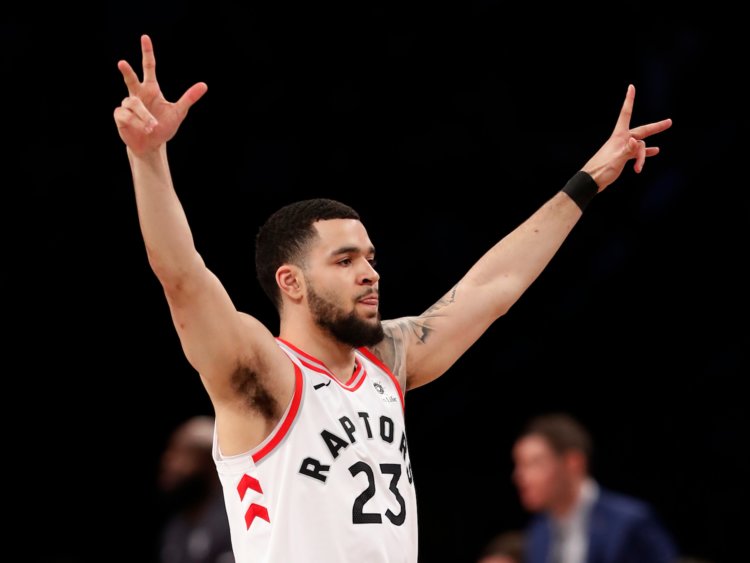 Norman Powell’s role vacillated this season, but he, too, has had a big postseason. He was drafted in the second round by the Milwaukee Bucks in 2015 and was traded to the Raptors that summer. 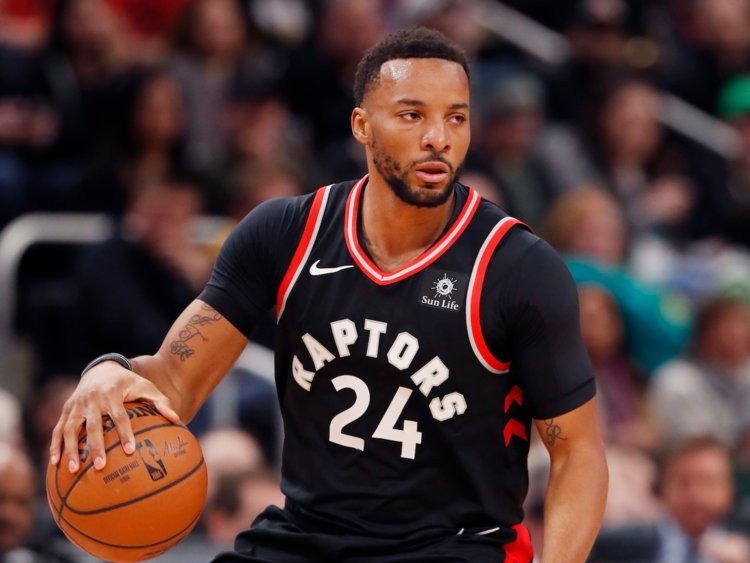 The Raptors drafted OG Anunoby with the 23rd overall pick in the 2018 draft. He hasn’t played in the playoffs because of an appendectomy, but he’s been a solid contributor on the wing the last two years. He may return in the Finals. 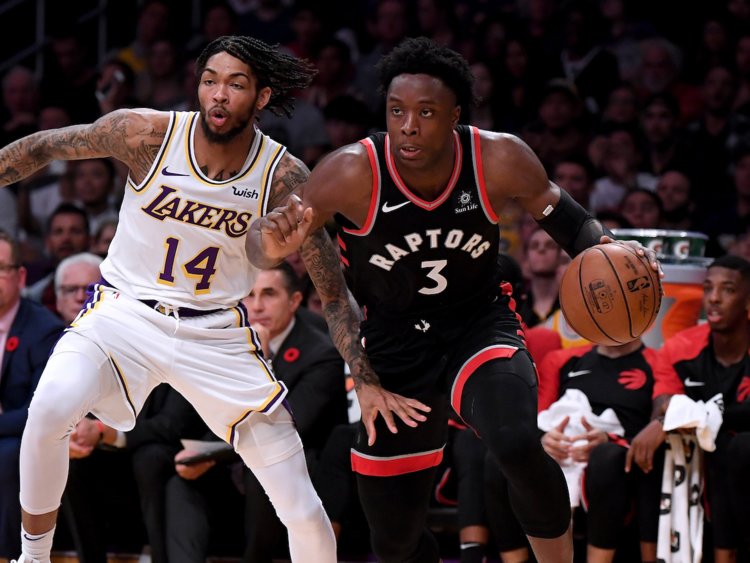 Amazingly, none of these nine players were top-10 draft picks. Leonard was the highest pick of them all, taken with the 15th pick by the San Antonio Spurs. 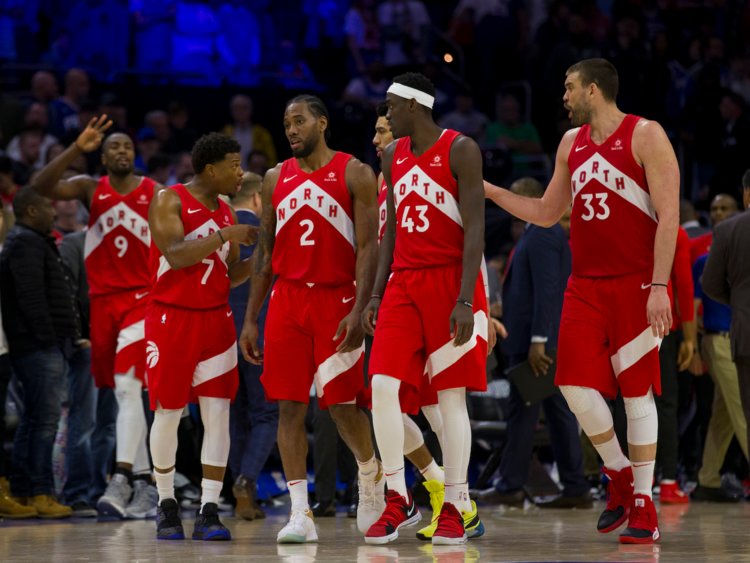 The Raptors have also made some signings that have bolstered their depth (and perhaps even give them an edge in the Finals). The Raptors signed Patrick McCaw midseason. 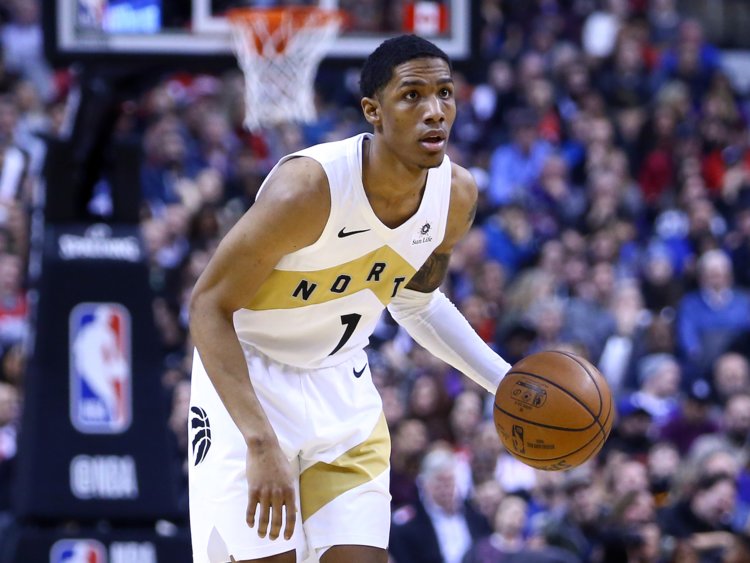 McCaw was a member of the Warriors the last two years but was lingering on the free agent market because of pf a contract dispute with Golden State. The Raptors swooped in and signed him to add some wing depth.

Jeremy Lin and Jodie Meeks were both late-season free agent signings after they were bought out by their respective teams. They’ve played limited minutes in the playoffs but provide veteran experience if the Raptors need it. 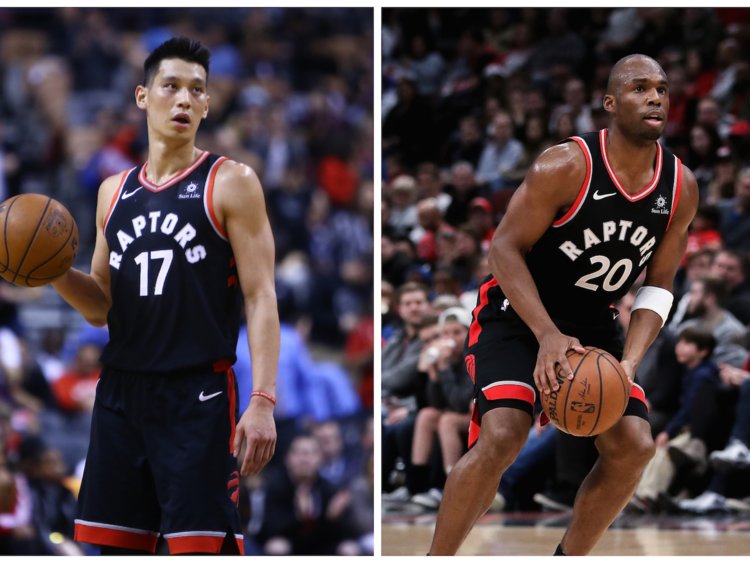 The building and shape of this roster are not accidental. The Raptors are big, long, and versatile, with several shooters and defenders who can switch positions. Whether they can beat the Warriors in a series is unclear, but they’ve been built to match up with them. 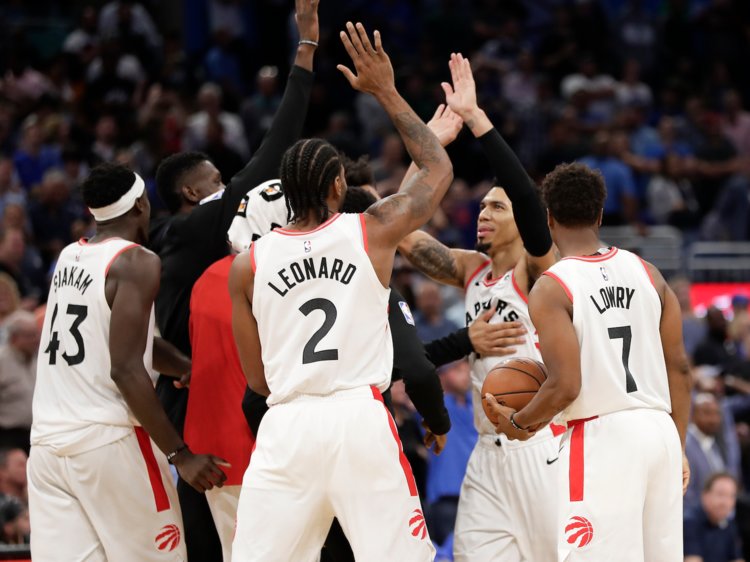 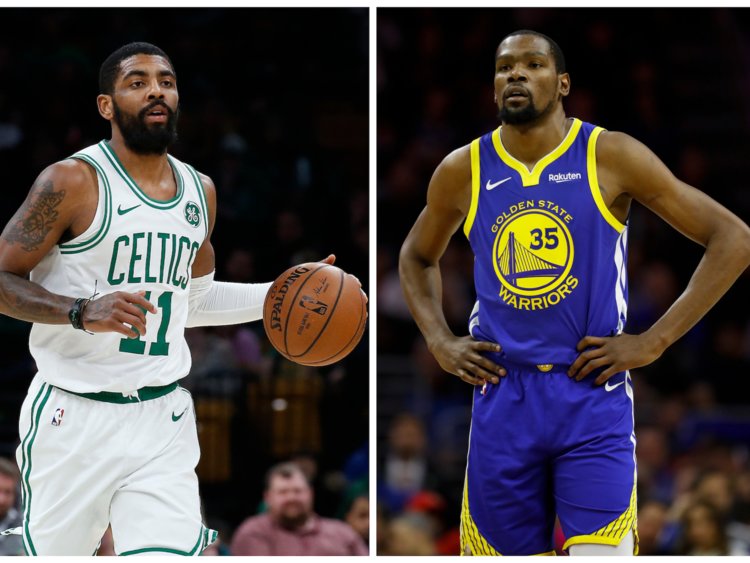