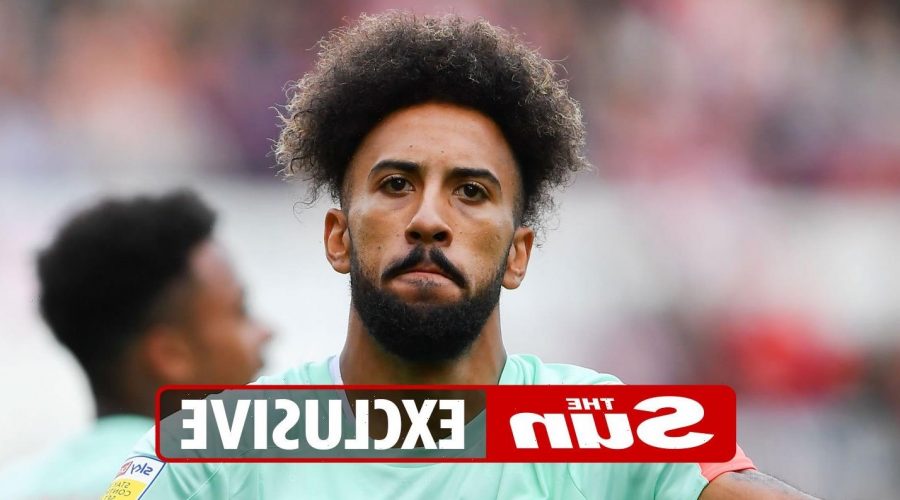 Tomorrow he lines up in the Championship for Huddersfield as they host Nottingham Forest. 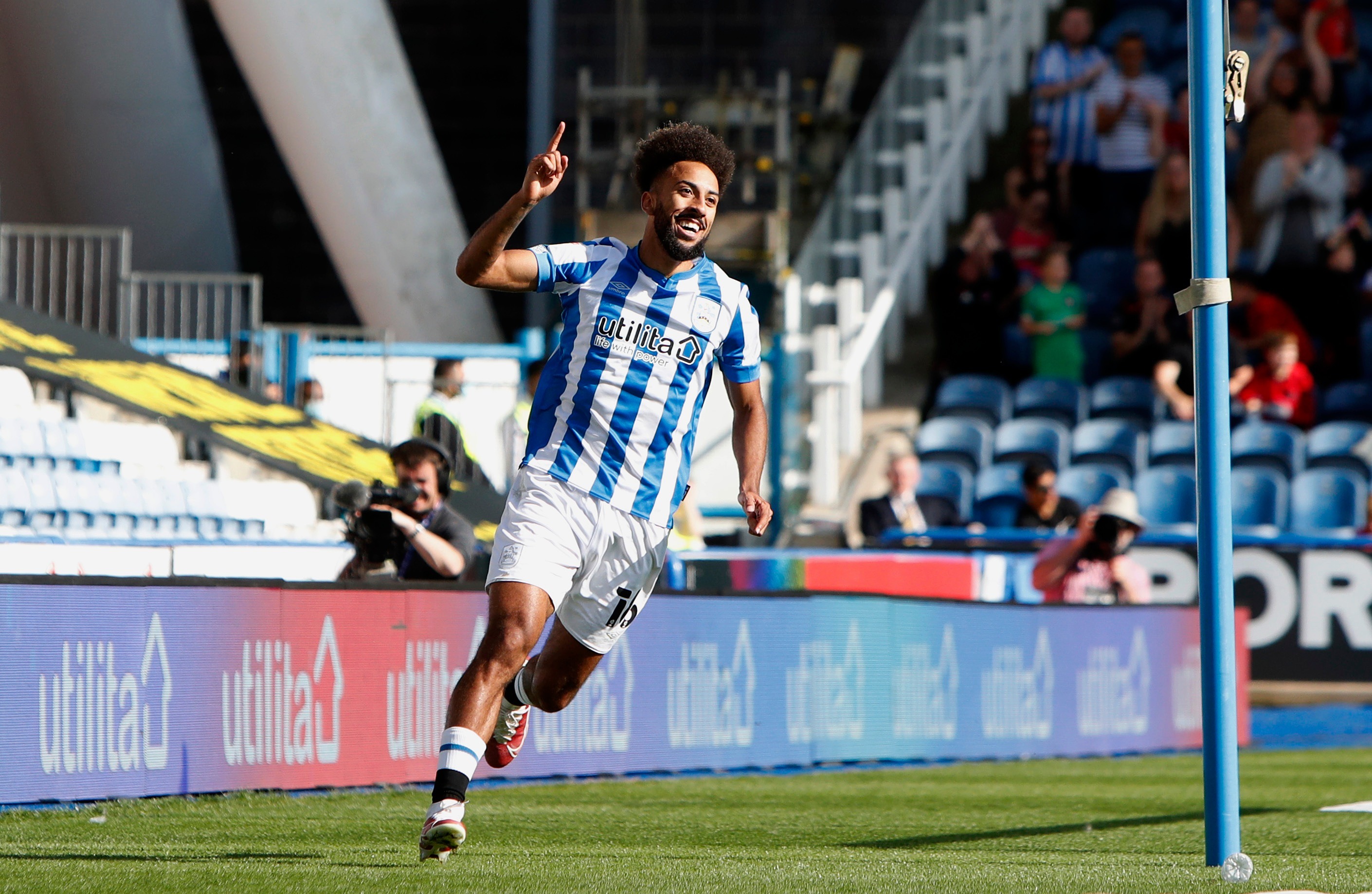 And he is dreaming of following the likes of Leicester’s Jamie Vardy and West Ham’s Michail Antonio who made the journey from non-league to the Premier League.

The winger has started all seven of the Terriers’ league matches with the team sitting sixth in the table.

And his performances have caught the eye – landing him the SkyBet Championship player-of-the-month award last week.

He told SunSport: “It’s been a dream. Even my close friends and family are sometimes pinching themselves about how quick it’s all been.

“It’s been a shock for me because this time last year I was preparing for a season in the National League and I’m now on a run of momentum in the Championship – and want to maintain that.

“My dream is to play in the Premier League and when you see players like Vardy and Antonio have made that journey from non-league, it gives you added motivation to achieve what they have.”

Thomas revealed how he used last season’s 7-0 humiliation at Norwich in April to learn what it takes to be a top player.

The 22-year-old came on at Carrow Road for one of his seven sub appearances last term after joining in January.

And he told SunSport: “I was sitting on the bench, thinking, ‘I’m watching the top team in the Championship’ so I wanted to see how they played and learn.

“The player I watched most was the one in my position – Todd Cantwell.

“I loved watching him play on the fly – with a lot of freedom. He didn’t allow anything to put him off – he plays that way every game.

“It’s like he’s knocking the ball about with friends. He’s so chilled and laid back. I decided that was how I wanted to play and took that into this season. 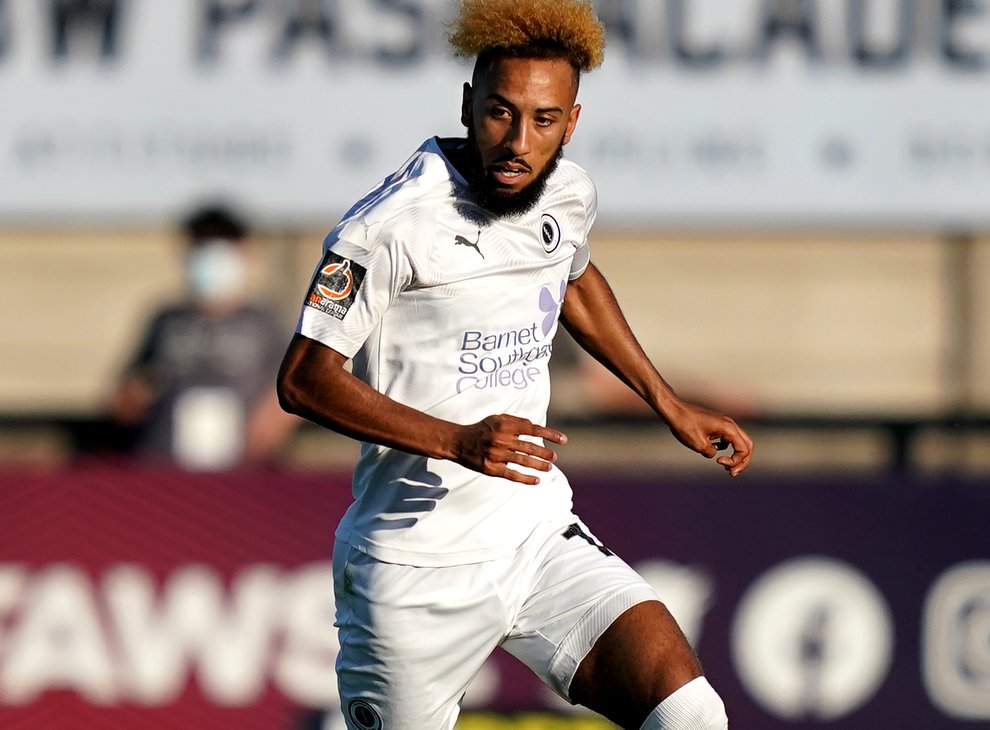 “I learned to be chilled, relaxed, don’t rush things or be afraid to take risks.”

It was not just Thomas who learned from the defeat – the whole team did.

For boss Carlos Corberan used the video of the game as a yardstick of how to do things right and wrong – using Norwich and his Huddersfield team that day as examples.

It may well have made painful viewing but Thomas admits it has galvanised the whole squad.

He said: “The manager showed us that game so many times. He said this is how we’re going to improve.

“You look at teams like Norwich and how they are doing different types of rotations and movements. You look at it and then compare it to yours. You learn from that and see if you can use that game to improve your own team.”

Thomas has slowly been integrated into the Championship – only appearing as a sub last season. 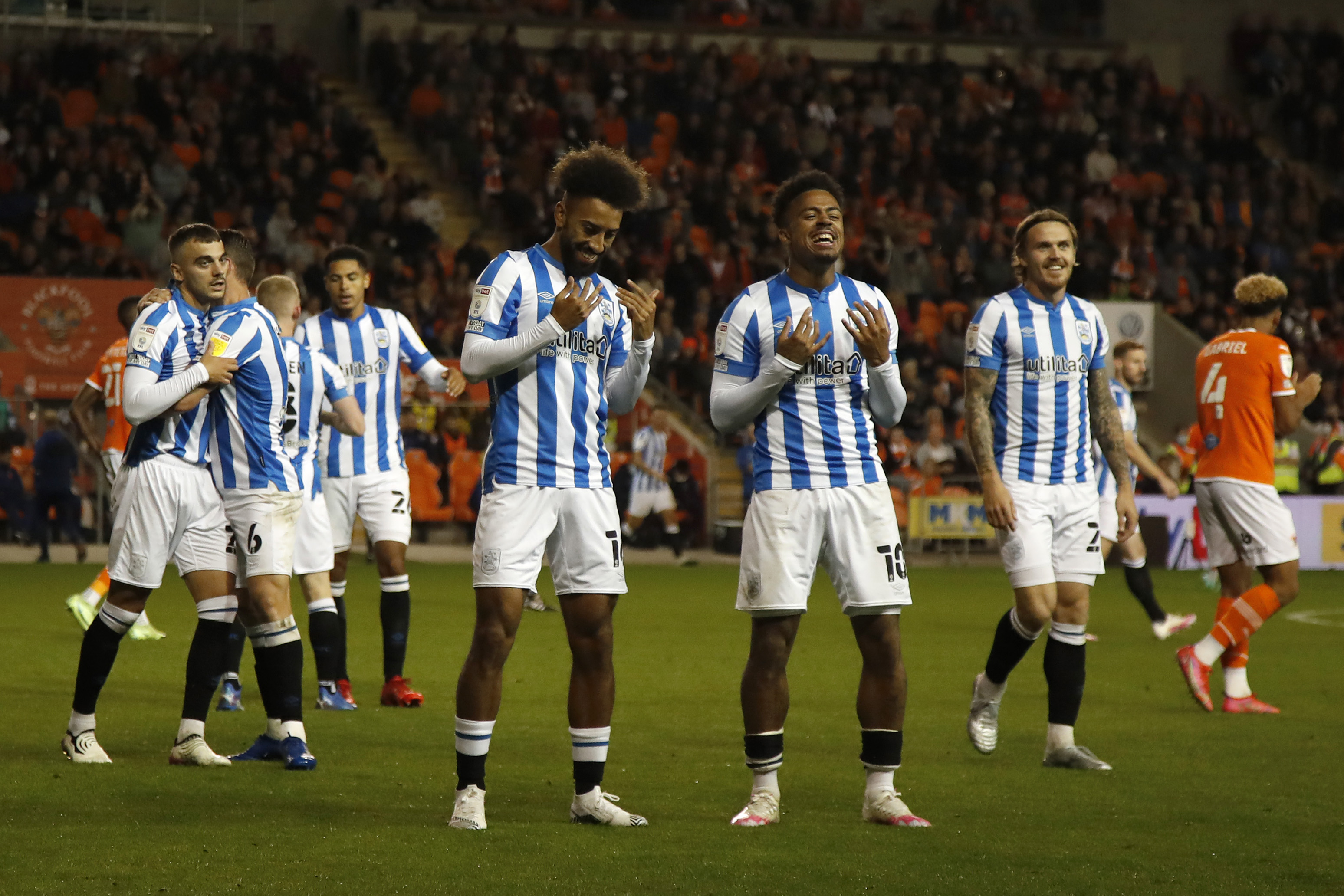 But this summer he revealed how he spent his holiday months training hard to be fit and raring to go for the new season.

He said: “I went down to see my mum in Newport in Wales. I did a lot of work out there.

“I thought when I came back I wanted to give the manager a headache so I was doing a lot of running and ball work.

“I came in a couple of weeks earlier than anyone else. And I just made sure that every session I wanted to be the best player and go into the season and continue that on.”

Thomas is indebted to Boreham Wood, who he joined aged 16 after being released by West Ham and was at the club for six years.

And the winger said: “I did my college and education there. Everything that happened to my career, I owe it to them. 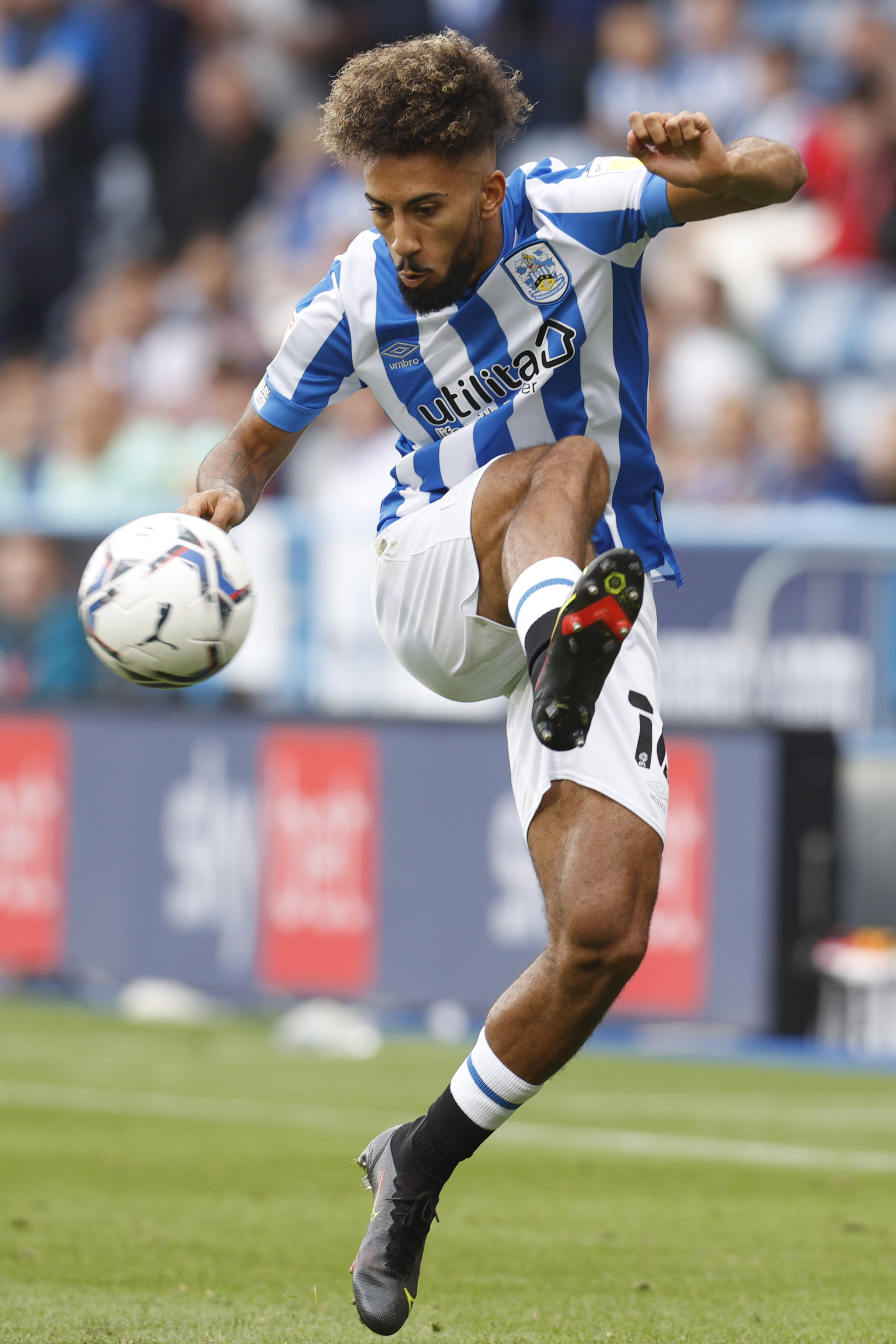 “They took a chance on me. I was a young kid from a rough area of Barking in Essex. They had to deal with that and helped me grow as a man in terms of how I play and also helped me get another job because we were part-time.

“The chairman persuaded me to coach and said I would learn from doing that and he was right. I ended up coaching the college boys when I was 19, showing them all the good and bad things I did.

"I showed them there was a path through at Boreham Wood. By helping the boys, it helped me grow too.”

Before the international break, they won three games in a row for the first time since the 2016-17 season when they were promoted to the Premier League.

Since the players returned, they lost to Stoke but returned to form with a thumping 3-0 win at Blackpool on Tuesday night.

Thomas believes the club have the players to return to the top flight – and that promotion is this season’s target.

He said: “The international break came at the wrong time. The last thing we needed was a break because we had great momentum. 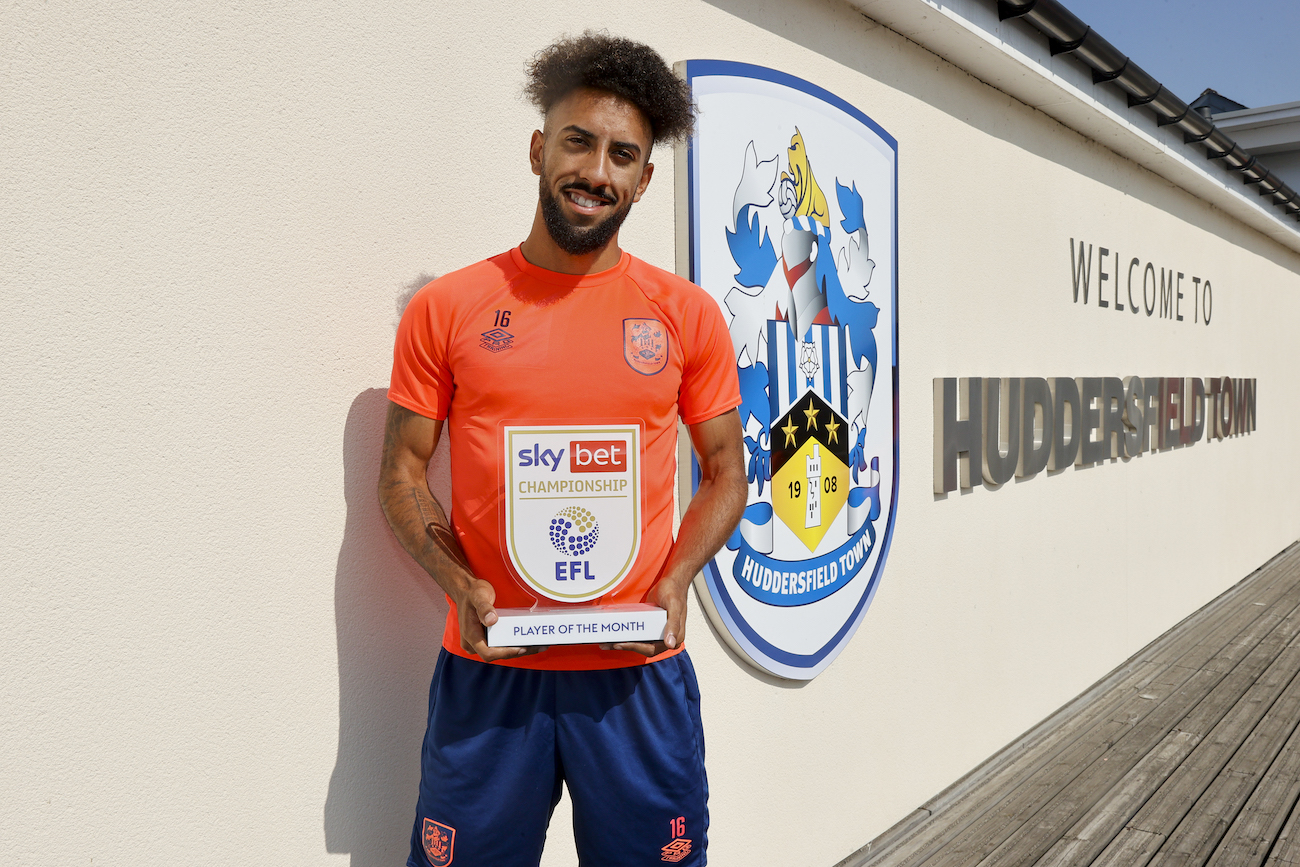 “But we’re working so hard in training that I’ve been going home knackered.

One person who has impressed Thomas is the manager. Spanish boss Corberan endured a tough first season in charge but his attention to detail and demands for a high work ethic are beginning to pay off.

And Thomas said: “He’s a winner, you can see when he talks everyone listens.

“He’s a leader, he’s football crazy. I’ve never had a manager like him and don’t think I ever will either. He’s one of a kind.

“I’ve learned so much from him. Set pieces, for example, I take them usually – but defensively I used to stay up waiting for the counter.

“But Carlos had told me if I want to become a better player I need to do things that I am not used to doing.

“Now I have to be marking. It’s something that has improved my game and my defensive skills on the pitch.

“So I have learned that you must win at all costs. That is the biggest thing the manager has taught me.”

Thomas hilariously revealed how he slept with his SkyBet player of the month trophy with his girlfriend coming second best for a night!

He laughed: "I put it in the middle of the bed between me and my missus. I'm not sure what she thought about that! But I wanted to enjoy that moment and now I hope to play well enough to win it again."