Giants skipper Kim Green says "psychology" is the reason she has dissected hours of video footage ahead of her 200th game of elite league netball with the same pain-staking patience as a forensic scientist.

Despite being on the verge of passing a rare milestone in this Sunday’s match against the highly-rated Melbourne Vixens, Green has followed her tried and proven routine of scouring vision for tell-tale signs of how her opponents respond to pressure situations. 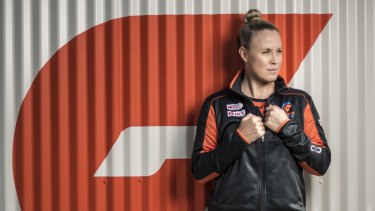 The former elite junior track athlete who competed against the likes of Olympic champion Sally Pearson, has established herself among netball’s fiercest competitors since making her debut as a 16-year-old for the NSW Swifts in 2003. However, Green’s ability to interpret her opponent’s emotions with the same succinctness she can read passages of play provides the Giants with an extra edge.

The 33-year-old former international admits she still has plenty of study to do before completing the psychology degree that was put on ice due to her increased sporting and business commitments. Even so, Green could probably write a text book about the patterns of behaviour she’s observed on the Super Netball court.

"I pride myself on being able to dissect a game," said Green, on the eve of becoming only the eighth player to join the national league’s 200 club. "I pester our video analyst, but she is very supportive. Every athlete is very different with what they need to perform, and [studying video] is something I do.

"From watching vision, you understand the patterns of certain players and realise whether they do things under pressure – or if they don’t. I love understanding how players operate; knowing why they do what they do.

"I started studying a psychology degree . . . knowing why people do things [in netball] has benefited me. As you get older, you get wiser. You understand emotions better, and that definitely helps on the court."

Green, who mother Denise finished seventh in the 800m freestyle final at the 1968 Mexico City Olympics when she was only 14, and whose father Michael played rugby league for South Sydney’s lower grades, was blessed with the genetics needed to become a champion athlete. However, she stressed her parents didn’t push her unfairly.

"Mum and Dad set standards that were higher than most kids would’ve had, but they let me reach them myself," she said. "They didn’t come from a lot of money, but they found a way for me to exploit every avenue and I can’t thank them enough for that."

She also credits her parents for teaching the ‘true meaning’ of sport: competing hard but fair, being a trusted teammate and bleeding for the club’s colours.

"They didn’t speak about medals or trophies," she said. "It was always about the memories sport provides, and experiences along the way. You didn’t ever see trophies at our house. When I came home [as a child] with a trophy Mum would say: ‘That’s great. Now, pop it in the bin, we don’t need that in our house.’

"It wasn’t tough love; it was more-or-less Mum saying I didn’t need a token to know I’d done well. That’s why [my husband] Trent found one of my World Cup medals lodged somewhere in the house the other day.

"Their approach turned me into someone who appreciates a team environment."

While Green says she’s also benefited from having a long list of loyal people who’ve supported her over the years, she doesn’t need much prompting to recall those times she’s needed to climb up off the court. 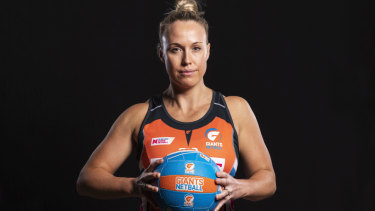 All in the preparation: Kim Green is an avid viewer of her opponents. Credit:AAP

"Have I almost retired?" she says with a grin. "Semi-jokingly, once or twice during my [2017] ACL rehab [when doctors took a 20-centimetre graft from the left hamstring to repair the ruptured anterior cruciate ligament]

"When I found out my hamstring didn’t grow back after the graft I didn’t know if I was going to get back on the court. My surgeon said he had no answers for me, but he put it very simply. He asked if I was playing netball for money? 'No'. Was I playing to prove people wrong? 'No'. Then, he asked why I was doing it.

"Right there and then I thought, I’m doing this because I love netball. Still do. It’s the best job in the world. I’ve been doing this for 17-years and I wake up every morning feeling excited to be a part of it."

Her husband, Trent Copeland, who was named the most valuable player for last summer’s NSW Sheffield Shield team, proudly nominated Green as his inspiration.

"I’ve never seen anyone be able to ‘internally motivate’ as well as she does," he said. "When most athletes train they need a trainer or teammates to extract that last five percent out of them in a fitness session, but Kim has it in her to take herself to the edge of her capacity on her own – and that’s very rare from an athlete who plays a team sport.

"I’m not surprised she’s reached this feat [200 games] because she really pushes herself."