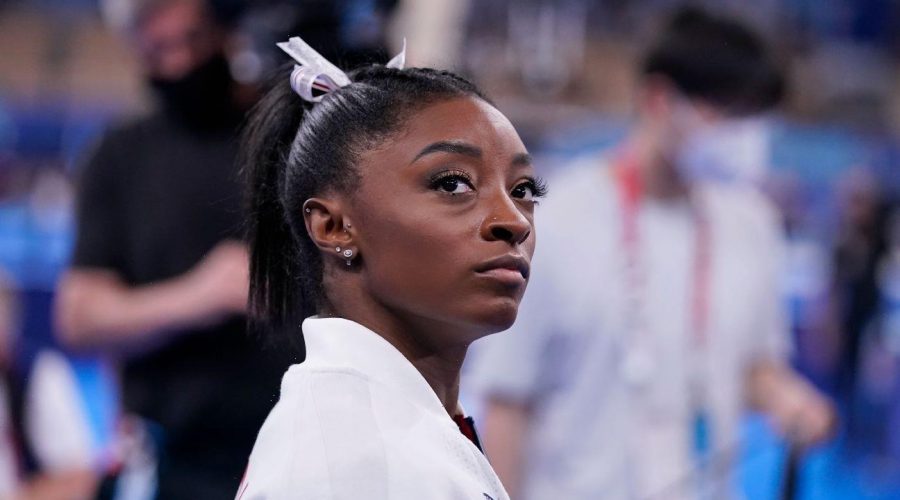 The women’s gymnastics team final didn’t go as anyone expected, as Simone Biles exited the competition after her first apparatus, but Sunisa Lee, Grace McCallum and Jordan Chiles stepped up in a big way to lead Team USA to a silver medal. While the Americans went into the final as the gold-medal favorite, the meet turned out to be a nail-biter without superstar Biles, and overcoming the eventual gold-medalist ROC’s lead proved to be too tall a task.

“Simone has withdrawn from the team final competition due to a medical issue,” USA Gymnastics said in a statement. “She will be assessed daily to determine medical clearance for future competitions.”

We’ve got you covered with all the action you might have missed as Team USA competed on the Olympic stage:

The Russian Olympic Committee became Olympic team champions on Tuesday night, beating out the second-place United States by more than three points. It was a dominant performance from start to finish from the ROC, and it ended with a stellar string of performances on floor. Viktoriia Listunova earned a rotation best 14.166.

The Simone Biles-less American squad trailed by 0.8 going into the final event but were unable to make up any of the deficit. Grace McCallum and Sunisa Lee both hit well, but with a fall from Jordan Chiles, the gold was out of reach.

Great Britain earned a bronze medal — to the shock and delight of the team, which had been sixth in qualifying. –D’Arcy Maine

After Biles was scratched from the team event after her vault, her three teammates have stepped up in a major way — and that continued on balance beam.

Sunisa Lee scored a 14.133, tying with Viktoriia Listunova for the highest score of the rotation. Grace McCallum, who led off for the U.S., scored a 13.666.

Jordan Chiles, who anchored for the team despite falling off the beam on Sunday during qualifying, looked remarkably relaxed beforehand as she danced by herself in the corner to the music from the floor routines. She had a slight balance check but was otherwise strong. She earned a 13.433 and raised her arms in celebration when her score was announced.

Biles was spirited and cheerful throughout and could be heard offering encouraging words to each teammate after their routines.

Team USA steps up on bars

With Biles out of the competition, the U.S. team showed nerves of steel on bars, with three hit routines. McCallum led the way with a nearly stuck dismount, then Jordan Chiles, the last-minute substitution for Biles, turned in her own clean performance. Finally, Sunisa Lee absolutely rocked her routine, with a massive 15.400. –Amy Van Deusen

Former Team USA gymnast and gold medalist Laurie Hernandez was quick to tweet her support and say how impressed she was by her successors’ response to the immense pressure.

Simone out of team final

One vault and Simone Biles’ night ended. Afterward, she sat with the American trainer and shook her head, saying “I’m fine” multiple times before she was led out of the arena.

She returned shortly after and informed her teammates that she would not continue in the team competition. Jordan Chiles quickly grabbed her grips, chalked up and replaced her on uneven bars. Chiles will also replace Biles on beam. –Alyssa Roenigk

All eyes on Simone

There was an audible gasp from the crowd after Biles’ deep landing on vault in which she needed to take a significant step forward. She was supposed to do an Amanar but ended up doing a Yurchenko 5/2 twist. She received a 13.766 — substantially low by her standards.

Biles has since left the competition floor with a member of the U.S. training staff. There’s no official word on her status, but her three remaining teammates have been locked in what appears to be an intense conversation.

The United States is in second place, behind the Russian Olympic Committee team, after the first rotation and will now head to bars. –D’Arcy Maine

The gymnasts have just walked out onto the floor. The biggest ovation from the small crowd easily was for the U.S. team, and everyone will be shocked to hear that Biles got the most enthusiastic reception during the team introductions. –D’Arcy Maine

As we talked about at the top, the competition format changes for the team final. In Sunday’s qualification meet, all four members of Team USA competed on every apparatus and the lowest score was dropped. In finals, three gymnasts compete on each apparatus and every score counts, so no room for mistakes.

Team USA went with the top three scores from qualifications in determining their lineups today. Simone Biles and Grace McCallum will compete in all four rotations. Suni Lee will compete on bars and beam. Jordan Chiles will compete on floor and vault. –Alyssa Roenigk

The U.S. women could (and should) still win gold

All didn’t go as hoped for the U.S. squad in preliminaries — in fact, the team finished second in a world or Olympic competition for the first time since 2010. But there was a lot going on behind the scenes: A brutal competition-within-the-competition for each member, as each athlete had to compete for the two spots in individual events.

Now, with the scores wiped clean and with one singular goal, the U.S. is still the most likely team to win. Here’s why — and who else you should be watching in team finals.